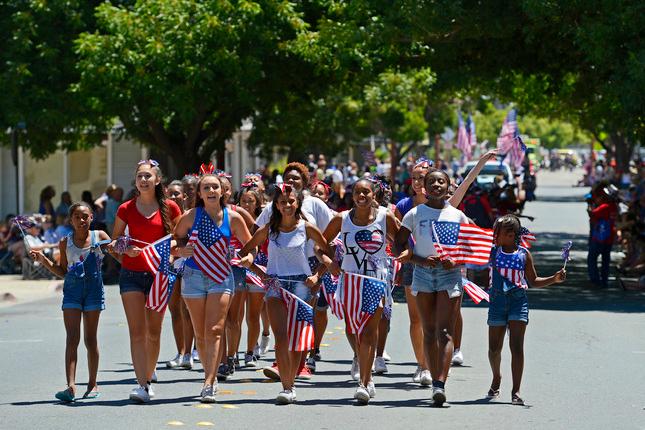 Antioch could find itself without a Fourth of July celebration this summer now that the nonprofit that has put on the big show for more than a decade is taking a “pause.”

Unless another group comes forward or the city holds its own celebration, there will be no official fireworks, parade or live music this July.

Celebrate Antioch Foundation notified the Antioch City Council, mayor and parks and recreation director on Jan. 13 that it planned to take a break from hosting the big event that attracts people from not only Antioch but also neighboring communities in eastern Contra Costa County. In its email, the nonprofit cited as its reasons a changed working relationship with Antioch officials and their belief the mayor and city “would like to go in a different direction.”

“It is impossible nor financially plausible for CAF to continue down this path of organizing an Antioch 4th of July celebration without having a willing partnership with the city,” the letter from the nonprofit’s executive board and officers read in part.  “Last year’s Juneteenth debacle, the lack of acknowledgment for our work on the Sesquicentennial (events) and your most recent efforts to reach out to another organization to organize and facilitate Antioch’s Fourth of July festivities have spoken for you.”

Celebrate Antioch Foundation President Joy Motts said the group was referring to last summer’s Juneteenth event, which the group had already planned and paid for, but said the city tried to “take it over.” Some of the nonprofit’s leaders feared the same would happen with the July Fourth event, she said.

“They don’t own Juneteenth,” Mayor Lamar Thorpe said this week, adding that the city wanted a larger, more inclusive event. “Nothing was taken away from them. We said Juneteenth was going to be a collaborative event. We wanted them included.”

Mayor ProTem Tamisha Torres-Walker said she asked about what was happening for Juneteenth because the event was at one point paired with Celebrate Antioch’s car show and she thought it deserved to be on its own.

“I felt like Juneteenth is so historic for Black people and it has its own day for a reason,” she said.

“I made it clear that Juneteenth belongs to all Black people and we could have had two Juneteenth events and I think people would have appreciated it more.”

Celebrate Antioch, along with student organizer Claryssa Wilson and friends, wound up holding a “Let Freedom Ring” event at a Brentwood park while the city hosted its Juneteenth event at an Antioch park.

As for the July Fourth celebration, the Celebrate Antioch Foundation has been organizing and funding much of the $65,000 to $70,000 cost of the event for more than a decade after the city took a hiatus from paying for it during the recession.

However, the city has offered grants, which the nonprofit has used in the past to help pay for the fireworks that cost about $35,000. Grants were also available this year.

Last year, however, was different because the group was tapped by the city to plan the entire Sesquicentennial year …read more

A judge sentenced a 45-year-old East Bay man Tuesday to six-and-a-half years in prison and ordered him to pay $619 million in restitution for his part in a solar company’s $1 billion Ponzi scheme, authorities said. Pleasant Hill resident Ryan Guidry, a former vice president of operations for DC Solar, pleaded guilty in January 2020 […]

Wildlife crossing meeting Midpeninsula Regional Open Space District is inviting residents to a virtual meeting Tuesday, Jan. 31 at 6 p.m. to discuss updates to the Highway 17 Wildlife and Trail Crossing Project. The project aims to create safe passages for wildlife and people to cross the road, which winds through thousands of acres of […]