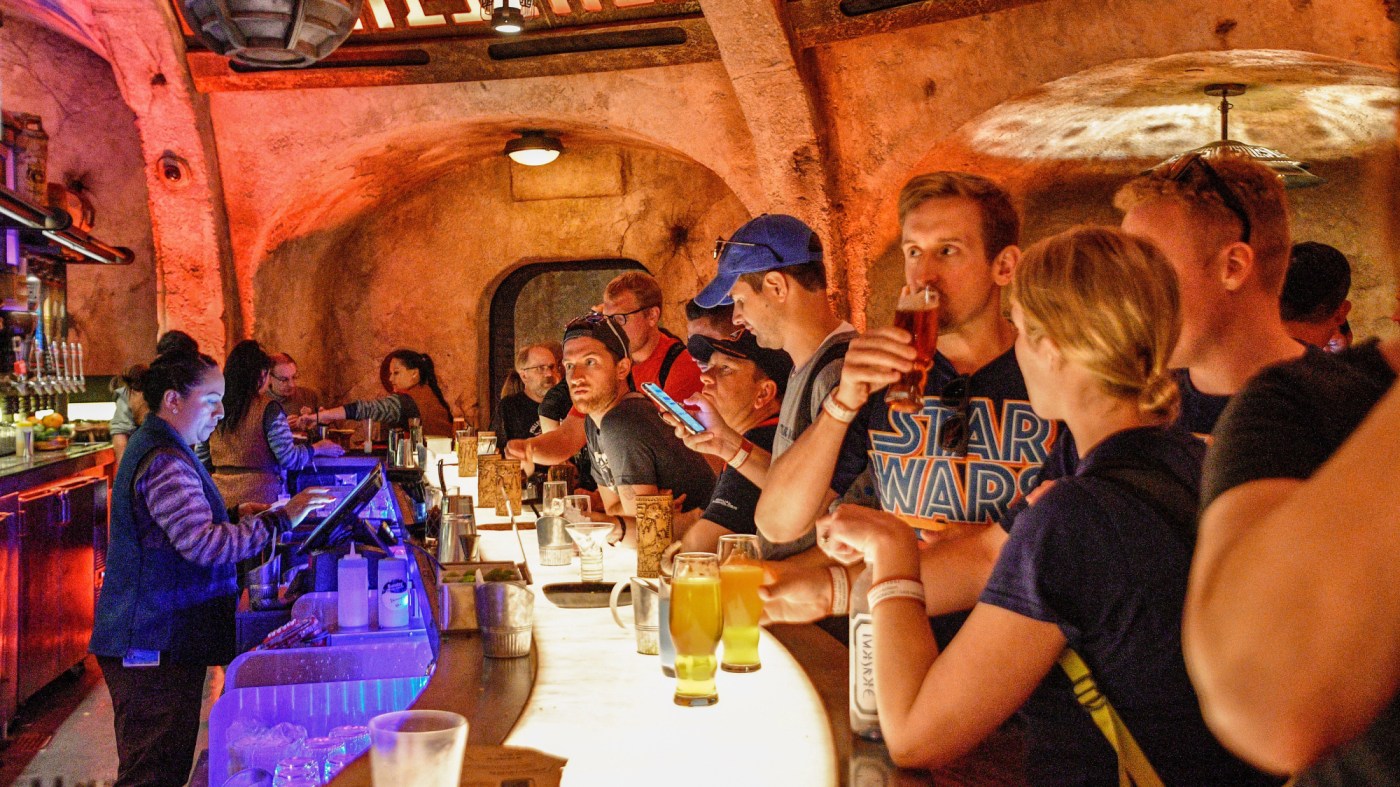 Was anyone surprised when Disneyland announced that it would expand alcohol sales in the park? Disneyland famously was a dry park for its first 64 years, until Oga’s Cantina in Star Wars Galaxy’s Edge started serving beer and cocktails when it opened in May 2019. Once that precedent had been set, many fans wondered how long Disney would take to start serving adult beverages elsewhere in the park.

Not long, it appears. The Blue Bayou in New Orleans Square will put beer, wine and a Hurricane cocktail on its menu when it starts welcoming guests again. Though the park returns April 30, Disneyland has not yet announced a date for the indoor Blue Bayou to reopen.

The few Disney fans whom I have heard complain about booze in the Bayou all have name-checked Walt in their argument. Walt did not want drunks in his park, and I will agree that pretty much every current Disneyland fan feels the same way.

But Disney has developed a far more a more effective way of keeping drunks out than not selling alcohol. I am sure that Disneyland will price — and mix —its Hurricane cocktails so that your bank account gets hammered long before you do. And if Scrooge McDuck is picking up your tab, Disney’s cast members will work their magic to make you disappear if you can’t act responsibly. It’s a strategy that has worked for Disney at California Adventure next door, not to mention the four Walt Disney World theme parks in Florida, all of which serve alcohol — even Disneyland’s sibling, the Magic Kingdom.

It’s proper for the people who run Disney Parks to be inspired by the company’s founder, but it’s folly to try to mimic him. You can’t finish first by following others — even the late, great Walter Elias Disney.

On Easter Sunday, hacker spews hate speech during sermon at San Jose church that was site of fatal 2020 stabbing spree

SAN JOSE — A local pastor is asking the public for help after an Easter sermon being streamed on Zoom was interrupted by a hacker who began shouting racist slurs and threats of violence against Black people, Jews, and LGTBQ people. The hacker infiltrated an Easter Sunday sermon at the Grace Baptist Church in San […]

OAKLAND — After being forced into a year-long hiatus by the pandemic, the Junior Center of Art and Science finally was ready to welcome kids back for in-person camps this summer. Now, those much-anticipated plans are on hold after a fire severely damaged the Junior Center building in Lake Merritt’s Lakeside Park. While the cause […]

Travel Troubleshooter: Where is my $1,443 refund from Pacific Holidays?

DEAR TRAVEL TROUBLESHOOTER: In 2019, I booked a tour of the Baltics through Pacific Holidays, a tour operator. Pacific Holidays canceled the trip because of COVID-19 in March 2020. In July, a Pacific Holidays representative promised me a full refund. Christopher Elliott, the Travel Troubleshooter  I have since developed metastatic breast cancer and can no longer […]