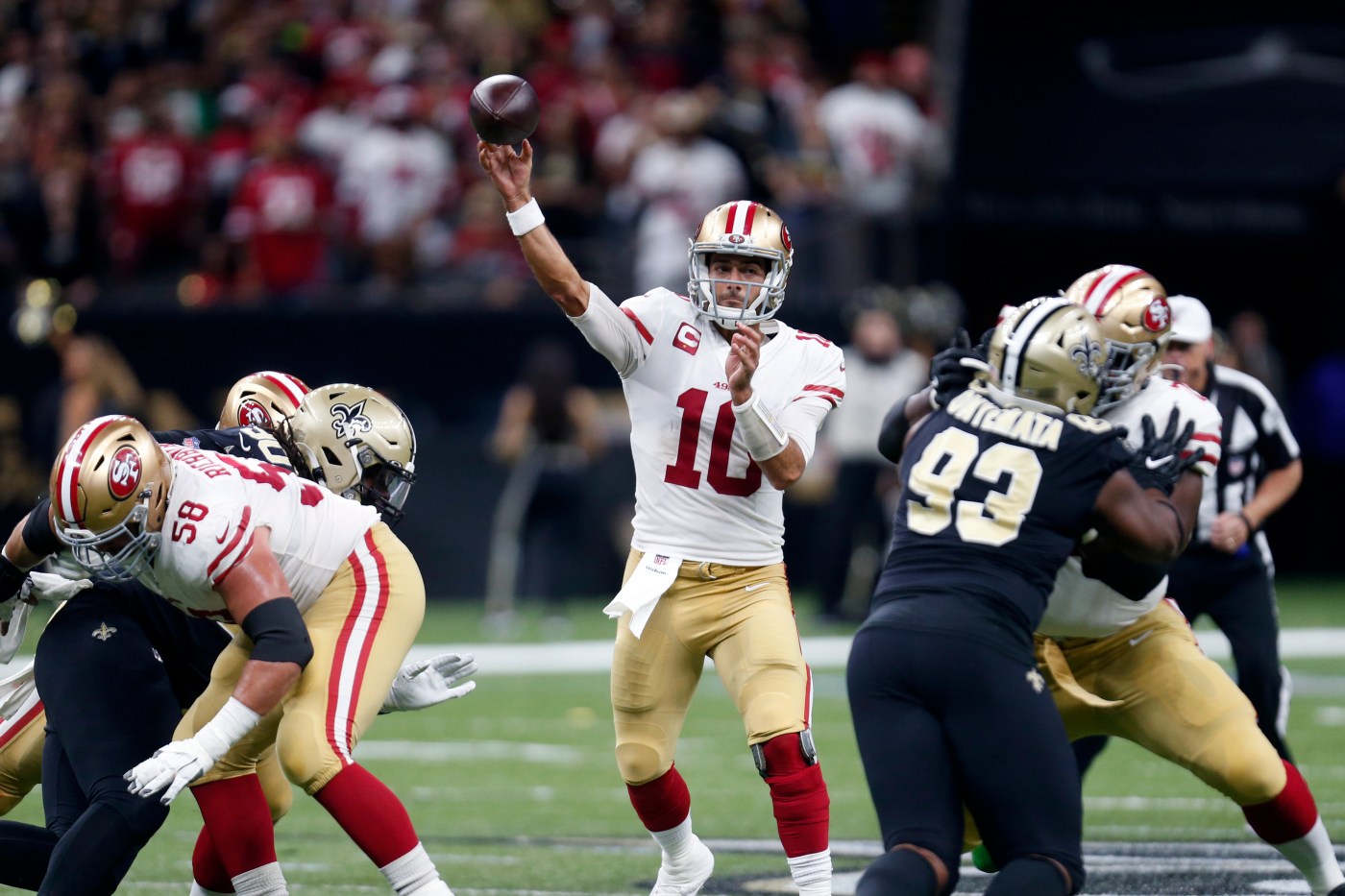 Long story short, let’s give thanks for these Week 12 NFL picks:

49ers 30, Saints 14: A post-Mexico, post-Thanksgiving letdown is avoided for the postseason-bound 49ers. Speaking of, remember that 49ers’ playoff win over the Saints a decade ago, at Candlestick? Yeah, Niners fans are still giving thanks for that.

Cowboys 21, Giants 10: It’s The O’Dell Beckham Jr. Sweepstakes will be a major storyline as the game opens, and one look at the Giants’ weakened offensive line will have OBJ going OMG and flying to DFW. Line: Cowboys -10

Patriots 20, Vikings 17: This is the first of four straight prime-time games on the Patriots’ schedule. Kirk Cousins, not made for prime-time. Line: Patriots +2 1/2

Broncos 26, Panthers 20: Sam Darnold makes his first start this season as the Panthers’ quarterback. Where will he make his first next season? Line: Broncos -2 1/2

Ravens 24, Jaguars 23: After beating the Panthers last week, the Ravens take out the NFL’s other 1995 expansion franchise. Line: Jaguars +4

Dolphins 37, Texans 13: Mike McDaniel did work in the bye-week lab to lock up this win and get set for a Levi’s Stadium return next Sunday. Line: Dolphins -13 1/2

Raiders 26, Seahawks 24: A post-Munich, post-bye letdown sinks the Seahawks as the Raiders win back-to-back for the first time this season. Line: Raiders +3 1/2

Eagles 24, Packers 23: Philadelphia improves to 4-1 with this final prime-time appearance – unless their Christmas Eve date in Dallas gets immaculately flexed to replace the Raiders at the Steelers. Line: Packers +6 1/2

Inman: John Madden was the face of Thanksgiving football. Now the NFL is making it official.

Tom Stoppard’s wrenching drama “Leopoldstadt,” which I recently saw on Broadway, begins in 1899 at a Christmas party in the Vienna apartment of Hermann Merz, a prosperous and assimilated Jewish businessman, who is married to a Catholic and nominally converted. Merz is convinced that the antisemitism that plagued his forefathers is fading into the past. […]

Jalen Hurts ran for 157 yards to set a Philadelphia Eagles record for a quarterback, and Green Bay Packers quarterback Aaron Rodgers suffered an oblique injury in the Eagles’ 40-33 victory Sunday night. Hurts also threw for 153 yards and two touchdowns for the NFC-best Eagles, who improved to 10-1 for the fifth time in […]

‘American Murder: The Family Next Door’: Chris Watts Lost His Prison Email Account After Allegedly Corresponding With His Former Mistress

Chris Watts at his sentencing hearing in 2018 | RJ Sangosti/The Denver Post via Getty Images “How?” and “Why?’ were the two questions on just about everyone’s mind, and the relationship In August 2018, Shanann Watts and her two daughters went missing. The news story that gripped the nation unfolded in a way no one […]