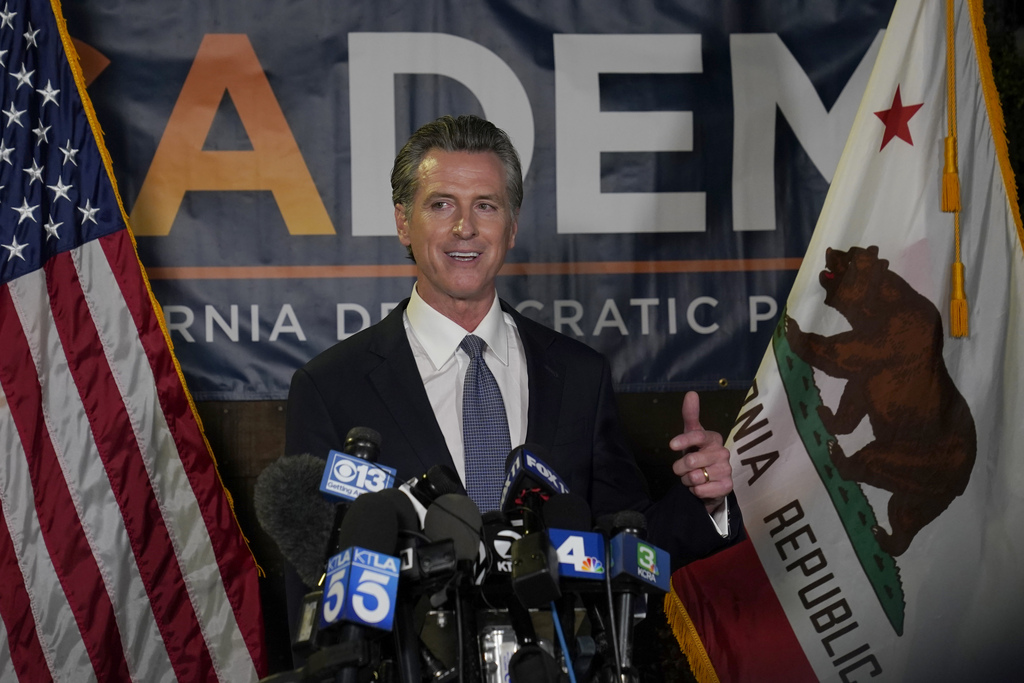 A day after Gov. Gavin Newsom soundly defeated a recall, Democrats are looking to change the 110-year-old process that allows for a state official to be removed.

Those who want to see the recall process reformed argue that it’s too easy to trigger such an election, and the way the ballot is set up is unfair because it allows for a candidate with a small portion of the total votes to win office.

“California has dodged a bullet twice,” said former Gov. Gray Davis, the only other California governor to face a recall election. In 2003, 44.6% of Californians voted to keep Davis in office, but he was ultimately replaced by Republican Arnold Schwarzenegger, who won more votes than Davis 48.6% of the ballots cast on that year’s replacement ballot.

“At some point they won’t dodge the bullet, and a governor will be replaced by someone who had less votes on the same ballot,” Davis said.

The progressives led by former Republican Gov. Hiram Johnson who championed the original California recall amendment 110 years ago intended it to be a “precautionary measure by which a recalcitrant official can be removed” between elections. They wanted to limit the political power of the railroad companies that dominated the state’s economy at the time.

But now, over a century and two gubernatorial recalls later, some California lawmakers, political consultants and elections experts say they want to see the process overhauled to reflect modern politcs.

Many want to raise the number of required signatures from 12% of the last election turnout to 20% or more, a change that would require recall advocates to obtained hundreds of thousands more signatures.

Other ideas include mandating that the lieutenant governor succeed a recalled governor, or allowing the targeted official to run alongside replacement candidates.

“I just think it is quite absurd to have a process that allows a political party, that is a decided minority in the state, to roll the dice at the public’s expense,” said Chris Elmendorf, a professor at the University of California, Davis who studies elections.

Regardless of which ideas Democrats rally around, the final say will be up to voters, as any changes will require a constitutional amendment, which are required to go before a statewide vote.
California spent $276 million to conduct the Newsom recall election. If the vote totals reported Tuesday night hold steady, he will have won the recall by a greater margin than his election in 2018.

“It’s ludicrous,” Garry South, a longtime Democratic consultant and former adviser to Davis, said of the cost. “That’s why the recall process will be reformed.”

What do they want to change?

Nineteen states have a process for recalling the governor, but California’s is one of the easiest, Democrats say.

In order to put a recall on the ballot in California, voters must submit petition signatures equal to 12% of the votes cast in the last gubernatorial election. In the case of Gov. Gavin Newsom, that number was 1.5 million signatures — less than 4% of the total …read more

The Beatles: Paul McCartney Once Felt He Could Never Perform This ‘Sgt. Pepper’ Song Live

The Beatles’ Paul McCartney | PA Images via Getty Images How Paul McCartney’s philosophy about performing Beatles songs changed During an interview with  Sgt. Pepper’s Lonely Hearts Club Band features many of The Beatles’ most famous songs. Notably, Paul McCartney thought he could never perform one of the tracks from Sgt. Pepper live for a very specific reason. […]

Kurtenbach: The 49ers will beat the Lions by three scores in Week 1… here’s why

The 49ers are legitimate Super Bowl contenders. The Lions are starting a massive rebuild and gearing up to contend for the No. 1 overall pick in next year’s NFL Draft. It’s only Week 1, but I expect the gap between these two teams to be wildly evident when they tussle on Sunday in Detroit. Simply […]

’Twilight’: Which One of Stephenie Meyer’s Books Was a ‘Surprise’ to Her?

‘Twilight’ author Stephenie Meyer | Amanda Edwards/WireImage How ’Twilight’ went from a dream to a book series  Unable to shake the dream, Meyer began Though she’s a multimillionaire and a bestselling author, Stephenie Meyer never set out to be a writer. Meyer was a young stay-at-home mom when she had an extremely vivid dream that […]