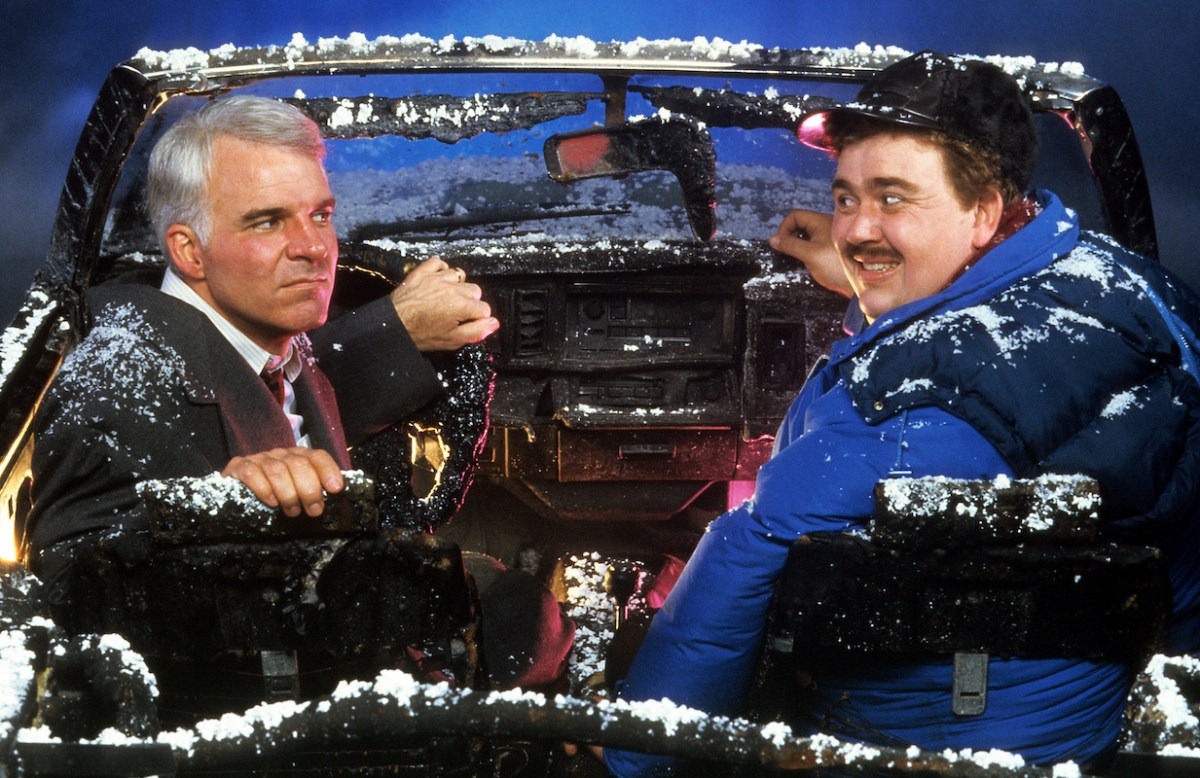 Showbiz Cheat Sheet watched the Planes, Trains and Automobiles deleted scenes on the new 4K UHD release out this week, but they are also available on digital retailers like Vudu. Here’s the deleted scene that changes everything, and what else you can expect to see.

‘Planes, Trains and Automobiles’ is one of the funniest John Candy movies

There are far fewer Thanksgiving movies than Christmas movies. Home for the Holidays remains the underrated champion and it is streaming. Planes, Trains and Automobiles may be the most famous Thanksgiving movie, and there’s still a remake in the works. A new home video release unearthed 75 minutes of deleted scenes from the John Hughes archives, and one of them gives the whole film a much darker energy.

Showbiz Cheat Sheet watched the Planes, Trains and Automobiles deleted scenes on the new 4K UHD release out this week, but they are also available on digital retailers like Vudu. Here’s the deleted scene that changes everything, and what else you can expect to see.

‘Planes, Trains and Automobiles’ is one of the funniest John Candy movies

John Candy starred in a lot of funny movies. There’s Splash, Uncle Buck, Spaceballs, Delirious and many more, and those were only his starring roles. He had great cameos in Little Shop of Horrors, National Lampoon’s Vacation, Home Alone and more. But, his pairing with Steve Martin made Planes, Trains and Automobiles a Thanksgiving classic.

.@SteveMartinToGo and John Candy on the set of their beloved holiday classic PLANES, TRAINS AND AUTOMOBILES, released on this day in 1987. pic.twitter.com/YD2Rak2RaL

Candy plays Del Griffith, a shower curtain ring salesman stuck at the airport with Neil Page (Martin). They partner up to try to find a way home to Chicago for Thanksgiving, annoying each other along the way. The newly uncovered deleted scenes give you 75 minutes of more comedy 35 years later. Now, that includes extended scenes but it’s still a lot of new material.

What is the message of ‘Planes, Trains and Automobiles’ and how does this deleted scene change it?

The message of Planes, Trains and Automobiles seems to be the importance of family, to not judge a book by its cover and to put aside your differences in the spirit of friendship and holiday. However, one deleted scene gives the film a dark twist. Neil’s wife (Laila Robins) suspects Del is Neil’s mistress, and her husband is galavanting around instead of coming home for Thanksgiving. That gives much more context to her relief when Neil shows up with Del at the end.

The scene raises the stakes for Neil to get home to clear up the misunderstanding, one he doesn’t even know is happening because he’s so focused on travel catastrophes. It may be a bit too much though, especially given the bittersweet conclusion revealed for Del.

The rest of the 75 minutes isn’t quite so heavy. You get to see Del eating a hot dog loudly and sloppily, flicking a chili bean into the trash. Del has a much longer shower curtain riff, including a Psycho reference. Candy just goes for 10 minutes straight. A longer cab ride adds …read more

In the final formality on his way to a much bigger payday, Carlos Rodón rejected the Giants’ qualifying offer on Tuesday. Rodón, who already opted out of a $22.5 million salary for next year, had until Tuesday afternoon to make his decision official on the qualifying offer, which would have paid him $19.65 million (the […]

Is Cowboys Receiver CeeDee Lamb Still Dating Crymson Rose Who Went Viral When He Was Drafted?

When the Dallas Cowboys selected CeeDee Lamb in the first round of the 2020 NFL Draft, a viral moment was born. Millions watched as Lamb, who was surrounded by family and friends, immediately took his phone from his girlfriend Crymson Rose after she tried to look at it. Jokes and Twitter memes lit up social media […]