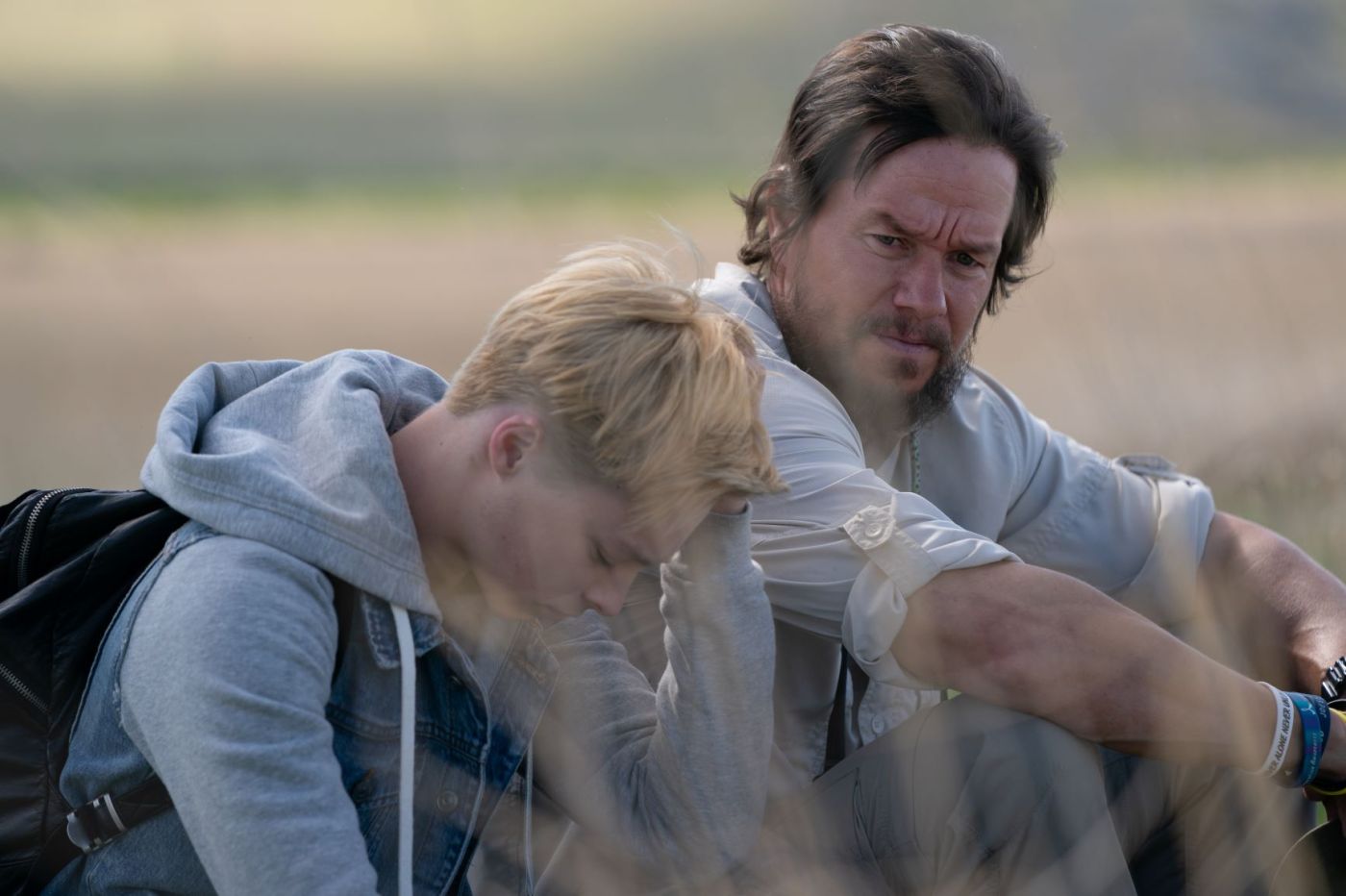 An enormous fly stows away in a car trunk. A bloodthirsty airline passenger sinks her teeth into a bunch of hijackers. A “witch” gets back at her detractors. Those are just a few of the weird things going down in this week’s column.

Should you just need a good cry, haul a box of Kleenexes to the theaters for “Joe Bell.” And if you hankering some chills and thrills, M. Night Shyamalan’s high-concept “Old” or the action smackdown “Snake Eyes” might suit you.

Here’s a rundown on what’s worth watching and ditching.

“Joe Bell”: Reinaldo Marcus Green does a fine job directing this earnest and moving story about a dad walking across America to pay homage to his bullied gay son. While it has the best  of intentions and features some strong emotional moments, it suffers from an annoying plot contrivance and an abrupt ending. Written by “Brokeback Mountain” screenwriting duo Diana Ossana and the late Larry McMurtry, “Joe Bell” tells the true tale of a grieving father (Mark Wahlberg, in one of his strongest performances in years) who realizes he didn’t do enough to protect and understand his bullied gay son Jaden (Reid Miller, who delivers the film’s best performance). After Jaden dies by suicide, the devastated Oregonian dad decides to go on his walk of remembrance so he can share his tragic story and hope others learn from it. “Bell” says something deeply significant about being gay and being bullied in a worthwhile yet flawed film. Details: 2½ stars out of 4; opens in theaters July 23.

“Blood Red Sky”: In this loopy Netflix horror film, a commercial plane flight gets overpowered by a vicious pack of goons. They’re messing with the wrong flight since aboard is a sunlight shrieker of a mom (badass Peri Baumeister) and her enterprising young son (Carl Anton Koch). Director/co-writer Peter Thorwarth splatters the screen with gore while tossing in surprises, delirious preposterousness and even a few touching moments. It’s grand fun. Details: 3 stars; available July 23 on Netflix.

“Broken Diamonds”: A stressed-out waiter (Ben Platt of “Dear Evan Hansen”) has to abandon his dreams of moving to France to write a novel when he’s needed to help care for his sister (Lola Kirke) — a schizophrenic. Both Platt and Kirke are excellent at avoiding antiquated tropes about mental illness in this realistic story that’s written from the heart (screenwriter Steve Waverly based it on his relationship with his sister). Director Peter Sattler respects both his actors and the story, creating a tender, sensitive drama that reminds us to accept each other and realize we are all fragile. Details: 3 stars; available to stream July 23 on multiple platforms.

“Midnight in the Switchgrass”: This effective but rote thriller gets an extra boost from Lukas Haas’s bone-chilling performance. He plays a devout Florida family man and serial killer eluding a cop (Emile Hirsch) and catching the attention of two FBI agents (Megan Fox and Bruce Willis) who stumble onto his bloody trail. Alan Horsnail’s screenplay is sturdy and reliable …read more

Longtime NFL coach Greg Knapp has passed away from injuries sustained in Saturday’s bike crash, when a car struck him near his Danville home. He was 58. Knapp, according to sources, sustained serious brain trauma as well as other injuries. He’d been in Walnut Creek’s John Muir Health Medical Center since the incident, and his […]

By Cathie Anderson | Sacramento Bee Using $1.5 million in funding from the National Institutes of Health, researchers at UC Davis, are looking into whether venom from the widely feared tarantula spider could help relieve chronic pain. “Spiders and scorpions have millions of years of evolution optimizing peptide, protein and small-molecule poisons in their venom, […]

Alarmed by what they describe as illegal and dangerous activities taking place at a seedy San Jose sports bar, the city wants to shut it down for good. The lawsuit, filed by the city of San Jose on June 6 in Santa Clara County Superior Court, alleges that the owners and operators of Agave Sports […]