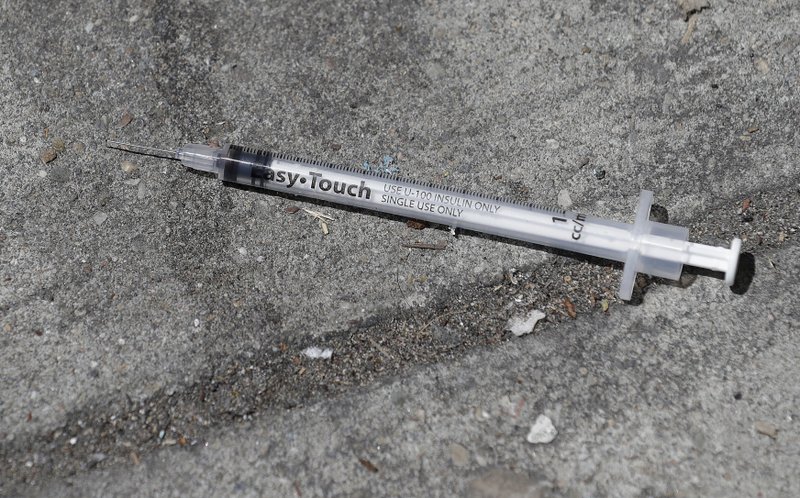 Oakland and San Francisco soon could become two of the first cities in the country to pursue an audacious strategy to control drug overdoses — safe injection sites where users can shoot up in a protected setting.

Senate Bill 57, passed by the state legislature this month, would allow the two Bay Area cities and Los Angeles to open the experimental facilities where users can consume illicit drugs supervised by people trained to reverse an overdose. Users would bring their own drugs but would be provided with clean supplies, such as needles.

Oakland and San Francisco already have free needle-exchange programs, and San Francisco offers a sobering center where drug users can safely ride out a high, but SB 57 would take those measures a step further. The injection pilot program would last until 2028.

There are about 165 safe-injection sites operating in 10 countries around the world, and New York City opened the first two in the U.S. last year.

Advocates say the facilities will save lives, while opponents worry they’ll become a blight on whatever neighborhood is unlucky enough to host one.

“These sites are one piece of the puzzle,” said Sen. Scott Wiener, D-San Francisco, who introduced the bill. “So instead of people shooting up on the streets and dying of overdoses, they can use drugs inside in a safe, clean setting and not die.”

Overdose deaths have soared in recent years, rising an estimated 16% in California as of February, according to preliminary year-over-year data from the Centers for Disease Control and Prevention. Rampant, brazen drug use has become a major political flashpoint in San Francisco, where voters recalled progressive District Attorney Chesa Boudin earlier this year amid complaints he was too permissive. In Alameda County so far this year, the Sheriff’s Office Coroner’s Bureau has listed illicit drug use as the primary cause of death in 112 cases. An official cause is still pending in several recent deaths.

“These locations are nothing more than sanctioned drug dens that will negatively impact the residents and businesses unlucky enough to be adjacent to these sites,” McCray said in a statement. “Local government leaders who throw up their hands and just allow illegal drugs and drug use to pour into our neighborhoods ought to be required to live next to one of these dens and experience firsthand the misery they are sanctioning.”

Supporters have been trying for years to legalize safe injection sites in California. Former Gov. Jerry Brown vetoed a bill in 2018 that would have authorized such sites in San Francisco. But Gov. Gavin Newsom in the past has indicated he’s receptive to the idea.

On July 31, J-Hope of BTS made history as the first Korean artist to headline a major U.S. festival when he headlined Lollapalooza 2022. To support his bandmate, Jimin of BTS flew to Chicago to watch J-Hope’s performance. In a VLIVE livestream, J-Hope shared how appreciative he was of Jimin’s grand gesture. (L-R) Jimin and […]

Trap games are difficult to project — they require specific circumstances — but fairly easy to define. This explanation comes courtesy of Football Outsiders: “Team X has a ‘trap game’ when it plays team Y but it’s looking forward to playing team Z the following week. If team X falls into the trap, they underperform […]

Megan Thee Stallion’s ‘Traumazine’: How Fans Are Reacting so Far