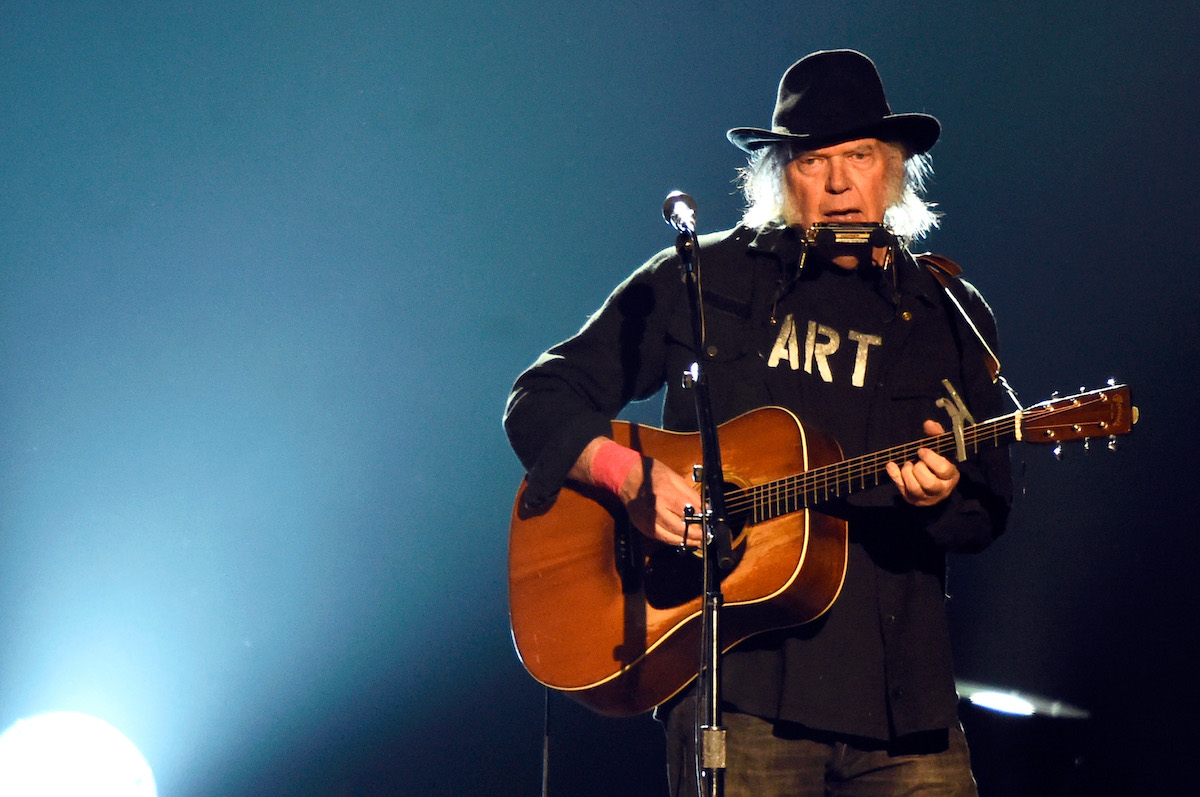 The song first appeared on Young’s 1972 Harvest album, which included the hit singles “

Music icons such as Janis Joplin, Kurt Cobain, and Dee Dee Ramone were addicted to heroin, losing their lives at a young age. Over the years, many artists have penned powerful songs about the pain of losing loved ones to drug overuse. In 1971, Neil Young wrote about the devastating effects of heroin addiction in “The Needle and the Damage Done.” The classic rock legend was inspired to write the song after losing a good friend and bandmate to a drug overdose. Many fans believe the song is about one person, but it represents many others who lost the battle.

The song first appeared on Young’s 1972 Harvest album, which included the hit singles “Heart of Gold” and “Old Man.” He chose a live acoustic performance from 1971 of “The Needle and the Damage Done” to include on the album.

According to Fandom, the song was also on Young’s Decade compilation album. On the handwritten liner notes that accompanied the release, the “After the Gold Rush” singer wrote, “I am not a preacher, but drugs killed a lot of great men.”

Needle and the Damage Done

On the 2007 album Live at Massey Hall 1971, Neil Young introduced the song by saying, “I got to see a lot of great musicians who nobody ever got to see for one reason or another. But, strangely enough, the real good ones that you never got to see was because of heroin, and that started happening over and over, and it happened to someone that everyone knew about, so I just wrote a little song.”

Who is Neil Young’s ‘The Needle and the Damage Done’ about?

‘Roxy : Tonight’s The Night Live’ is the NYA album of the week! Feel it in Xstream all week free!

‘We had very recently lost Danny Whitten and our roadie Bruce Berry…we were missing them and feeling them in the music every night as we played’ https://t.co/n0TCvlj7ZV #neilyoung pic.twitter.com/V0dzesvzBx

According to Songfacts, Neil Young’s “The Needle and the Damage Done” is about “heroin use and what it will do to you in the end.”

Young reportedly wrote the song about Danny Whitten, an original member of Crazy Horse, who died from an overdose after a lengthy battle with heroin addiction. The “Cinnamon Girl” singer hired Crazy Horse in 1971 to go on tour with him, but after Whitten repeatedly showed up high and unable to hold his guitar, Young became frustrated.

“Young fired him, gave Whitten 50 bucks (for rehab) and a plane ticket back to Los Angeles,” according to Songfacts. “Upon reaching LA, Whitten overdosed on alcohol and Valium, which killed him.”

Musicians Brian Wilson and Mike Love of The Beach Boys perform at the 54th Annual GRAMMY Awards | Kevin Winter/Getty Images With the original lineup consisting of brothers Brian, Dennis, and Carl Wilson, their cousin Mike Love, and friend Al Jardine, the Beach Boys were one of the most influential bands of their time.  The […]

Surprise, Locke fam, Dodge is back. A few weeks before the premiere of Locke & Key Season 3, a teaser trailer revealed the demon would return to cause more chaos for the Keepers of the Keys. And now that season 3 has finally arrived on Netflix, we know how Dodge was seemingly able to survive […]

Prince Charles | Chris Jackson – WPA Pool /Getty Images Prince Andrew has caused money issues in the royal family The British family is thought to be one of the wealthiest in the world. But the legal troubles and spending habits of Prince Andrew and his ex-wife have caused some money problems, according to Prince […]