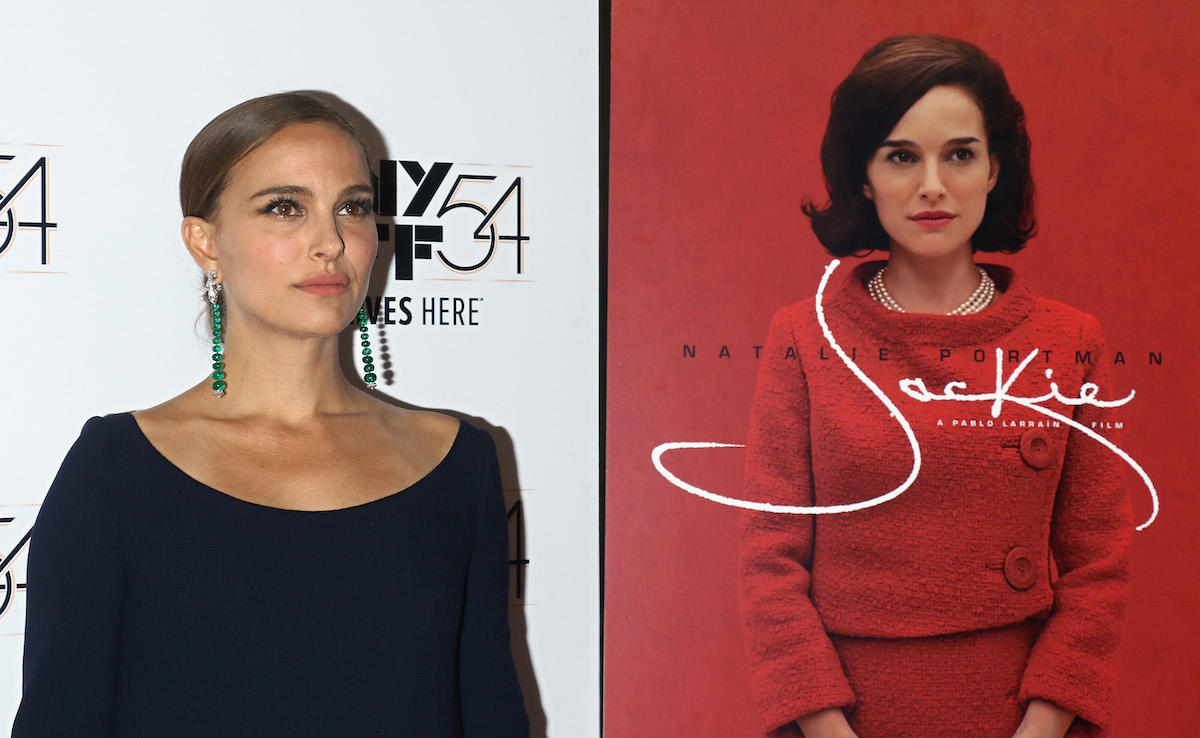 Peculiar accents can make or break a performance, especially when an actor slips into the skin of a real-world icon. For the 2016 biopic Jackie, Natalie Portman had to master Jaqueline Kennedy’s unique and famous accent, creating one of the biggest challenges of the actor’s career. Portman ultimately satisfied movie critics and linguistical scholars while nabbing her third Oscar nomination, providing a touching tribute to the legendary figure behind America’s Camelot.

Natalie Portman at a ‘Jackie’ screening on Oct. 13, 2016, in New York | Jim Spellman/WireImage

When Natalie Portman agreed to play the lead in Pablo Lorrain’s biopic Jackie, she didn’t think she looked or sounded much like Kennedy.

“[S]he was almost our queen,” Portman told Vanity Fair, pointing out the larger-than-life nature of stepping into the First Lady’s fashionable shoes. Portman relied on the hair and makeup team’s expertise to help her grow into the role and begin the transformation.

But looking like Kennedy turned out to be the easy part. When she began focusing on Kennedy’s accent, Portman recognized the high-class New York manner of speaking and began poring over available footage.

“The accent is almost like a diagram of her background,” Portman added, stressing how fundamental it was to understanding Kennedy’s essence.

Much of the footage Portman studied was from the famous White House tour Kennedy gave in 1962 — the moment when the First Lady became a star in her own right.

As Portman pointed out, the tour showed off Kennedy’s graceful etiquette and helped win over those who didn’t care for her upper-crust mannerisms.

After her husband, John F. Kennedy, won the presidency in 1960, Kennedy’s accent became endearing instead of dividing — a bridge to highbrow culture for reluctant homemakers from much different backgrounds.

Taking on a new accent is challenging, but that holds doubly true for one that has been scrutinized by scholars worldwide. For starters, Jackie Kennedy dropped her r’s and shortened her a’s (traits called non-rhoticity and a split short-a system, respectively). According to Vox, these are linguistic styles you might hear around the U.S. Northeast and South, though the traits are often associated with working-class Americans today.

But in Kennedy’s world, her accent was an old New York style of speaking that showed off her affluent roots. Especially before Word War II, speaking like Kennedy was fashionable and prestigious around New York City — particularly for someone who went to an elite private school in Manhattan. Per Equestrienne, Kennedy bounced among exclusive schools in New York and eventually Connecticut before heading to Vassar and George Washington University to study French literature.

Her “finishing school” accent that Portman mentioned even appeared early in the AMC series Mad Men, which is rife with Jackie Kennedy references that align with Portman’s viewpoint. Though multiple characters chide Kennedy, including for her accent, she ultimately wins over the show’s main characters on her way …read more

SAN LEANDRO — Two people were injured after an apparent weekend car-to-car shooting in Interstate 880 lanes, authorities said. In a statement, the California Highway Patrol said officers responded just before 10:15 p.m. Saturday to reports of a possible shooting in northbound I-880 lanes near the Marina Boulevard off-ramp. When officers arrived, they found a white […]

Singer Rita Ora and actor and director Taika Waititi have been in a largely private relationship since 2021. Their relationship has moved fast: they were engaged less than a year later, and reportedly married just a few months after that. Rita Ora and Taika Waititi | Samir Hussein/WireImage They quietly got engaged A source close […]