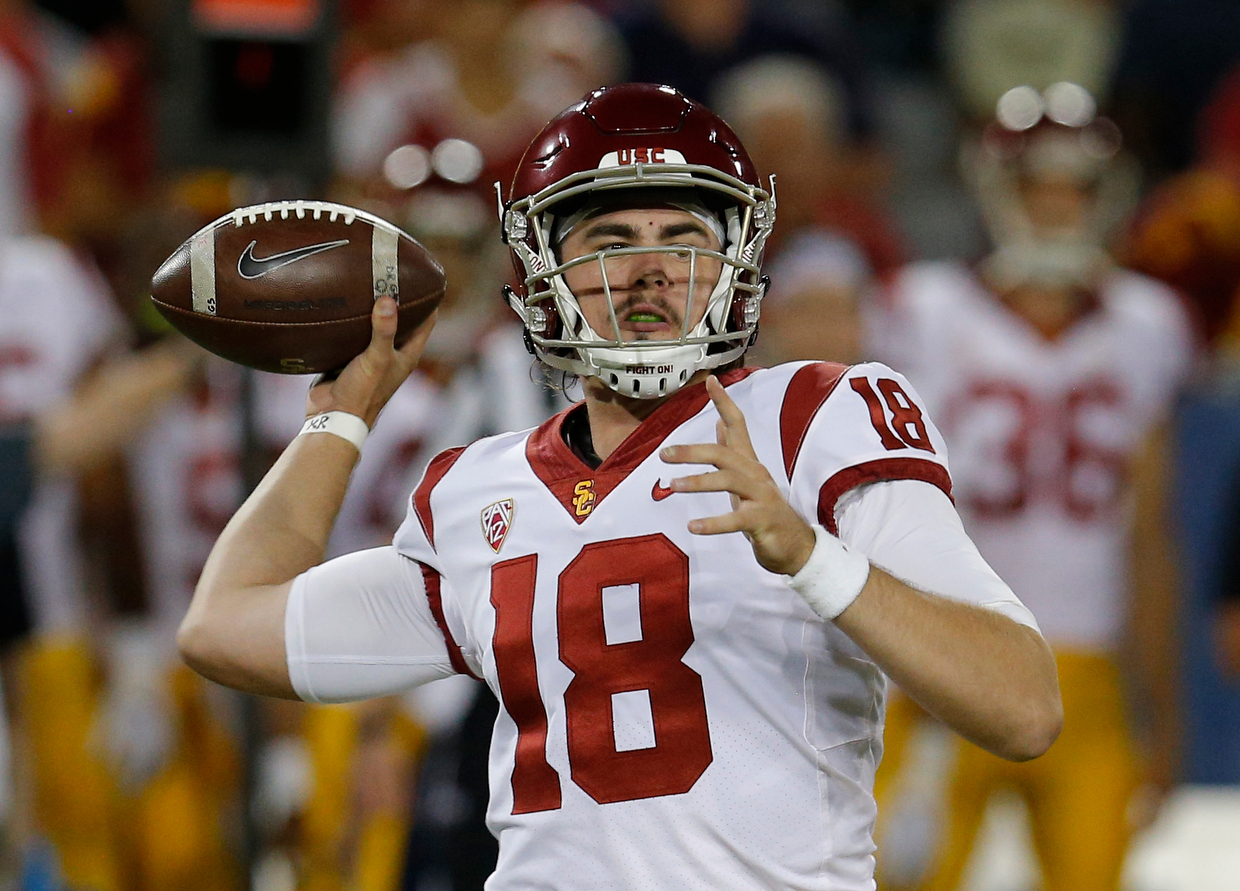 The Hotline’s 14th annual ridiculously early top-25 rankings — or maybe it’s the 15th annual (I lost track long ago) — rely on more guesswork than usual because of the free year of eligibility granted by the NCAA.

We cannot assume seniors are moving on, because they have the option to return.

At the same time, we won’t assume underclassmen are returning, because they have the option to turn pro.

And everyone can transfer.

The potential for transfer portal passage increases the level of complication and speculation by an order of magnitude.

But of this fact, we are reasonably sure:

All the 2021 frontrunners will have starting quarterbacks from the Pac-12 footprint, but none of those teams are in the Pac-12:

— Phoenix-area product Spencer Rattler will start for Oklahoma for the second year in a row.

— Bryce Young, a former five-star recruit from Southern California, takes over for Mac Jones at Alabama.

— Another former five-star recruit from Southern California, DJ Uiagalelei, takes over for Trevor Lawrence at Clemson.

— We’re not sure who will replace Justin Fields at Ohio State, but the two top candidates are Jack Miller (Phoenix) and CJ Stroud (Southern California).

In fact, those quarterbacks — sorry, those teams — make up the top-five in our rankings below.

The Pac-12 footprint is clearly producing high-level talent at the most important position in the sport. But that talent is leaving the conference at an unprecedented rate.

*** Note: The following rankings will be updated this spring and then again during training camp.

2. Oklahoma: Rattler should thrive in his second season as Lincoln Riley’s starter. Add an ascendant defense under coordinator Alex Grinch, and the Sooners will finally win … yes, win … a playoff game.

3. Alabama: The Tide is better equipped than any program to shrug off heavy attrition, but the skill position talent heading to the NFL is unprecedented, even for a Nick Saban team. We expect a regression, all the way to No. 3.

4. Ohio State: The personnel losses at quarterback (Justin Fields) and on the offensive line generated a moment of hesitation before we slotted the Buckeyes in the four-hole. Per usual, there’s no shortage of playmakers.

5. Clemson: Uiagalelei was superb in his spot duty in 2020, but that doesn’t necessarily translate to high-level play each week for three months. Also, Travis Etienne is gone. Also, the top of the ACC is getting better.

6. North Carolina: Year Three with coach Mack Brown and quarterback Sam Howell — plus an offensive line that should return intact — will mark the point UNC becomes a playoff contender and serious threat to topple …read more

BRENTWOOD — Someone filled up with more than $2 million in California lottery game winnings Tuesday night at a Chevron gas station here, officials said. The still unknown player picked all five Mega Millions regular game numbers, which were 20, 43, 51, 55 and 57 to win $2,390,663. The ticket was purchased at the Chevon […]

SAN FRANCISCO  — Prentice “Earl” Sanders, who became San Francisco’s first Black police chief after working as a homicide detective on such infamous cases as the 1970s Zebra murders, has died. He was 83. Sanders died Monday at an assisted living facility in Burlingame after a lengthy battle with kidney failure, the San Francisco Chronicle […]