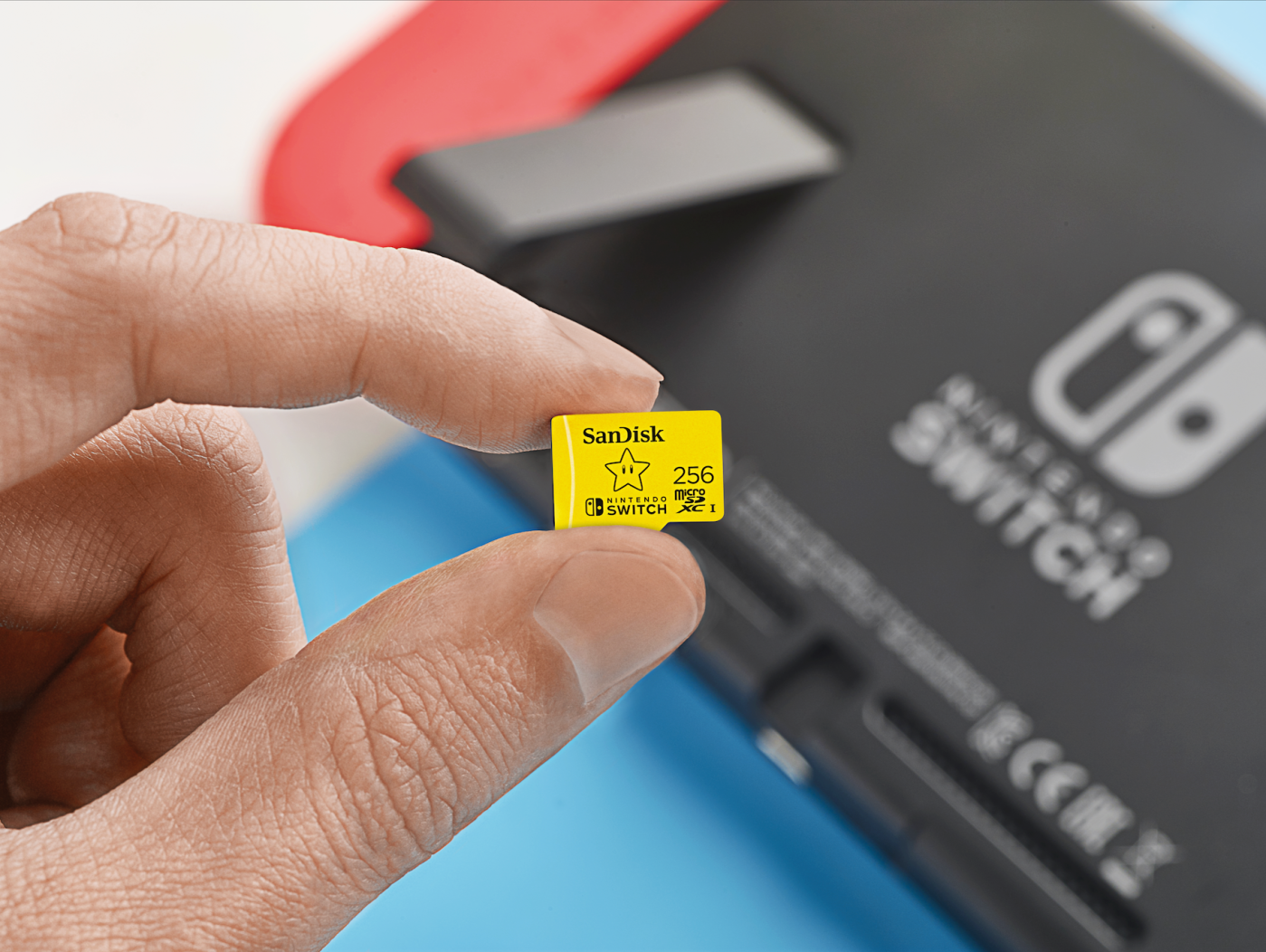 One of the most important accessories to pick up with a Nintendo Switch or a Nintendo Switch Lite is a memory card. The popular console has 32GB of internal memory, but as players will discover, that isn’t nearly enough if they plan on buying games.

More space will be needed if they plan on picking up titles such as “NBA 2K20.” (That eats up 32.9 GB of space). The solution for that is Micro SD Cards. These accessories add more space via the slot underneath the Switch kickstand. SanDisk produces the officially licensed memory cards for the system, and they come in 64GB, 128 GB and 256GB sizes. They even have logos from “The Legend of Zelda” and “Super Mario Bros.” emblazoned on the tiny card. It’s a nice touch even though you probably won’t see the card once you insert it into the system.

Personally, I’ve used a SanDisk card since the Nintendo Switch came out in 2017. At the time, the 200 GB SanDisk MicroSD XC1 was the biggest memory card I could find, and I haven’t had any trouble with it. Back then, it cost me $88. Over time, the prices on SanDisk microSDXC cards have fallen and the space has increased. The 256GB model sells for $54.99, and it has a colorful Mario star to boot.

By David Williams | CNN Public health officials studying the Covid-19 outbreak among members of a Washington choir found numerous ways the virus could have spread, according to a report published by the Centers for Disease Control and Prevention. Authorities interviewed all 122 members of the Skagit Valley Chorale, which met every Tuesday for 2.5 […]

Following an epic 39-day battle, the 40th season of “Survivor” comes to a close with a three-hour finale tonight (8 p.m., CBS). And because of the coronavirus lockdown, things will be a little different this time around. Host Jeff Probst will announce the winner and then, instead of having the cast reconvene as a group […]