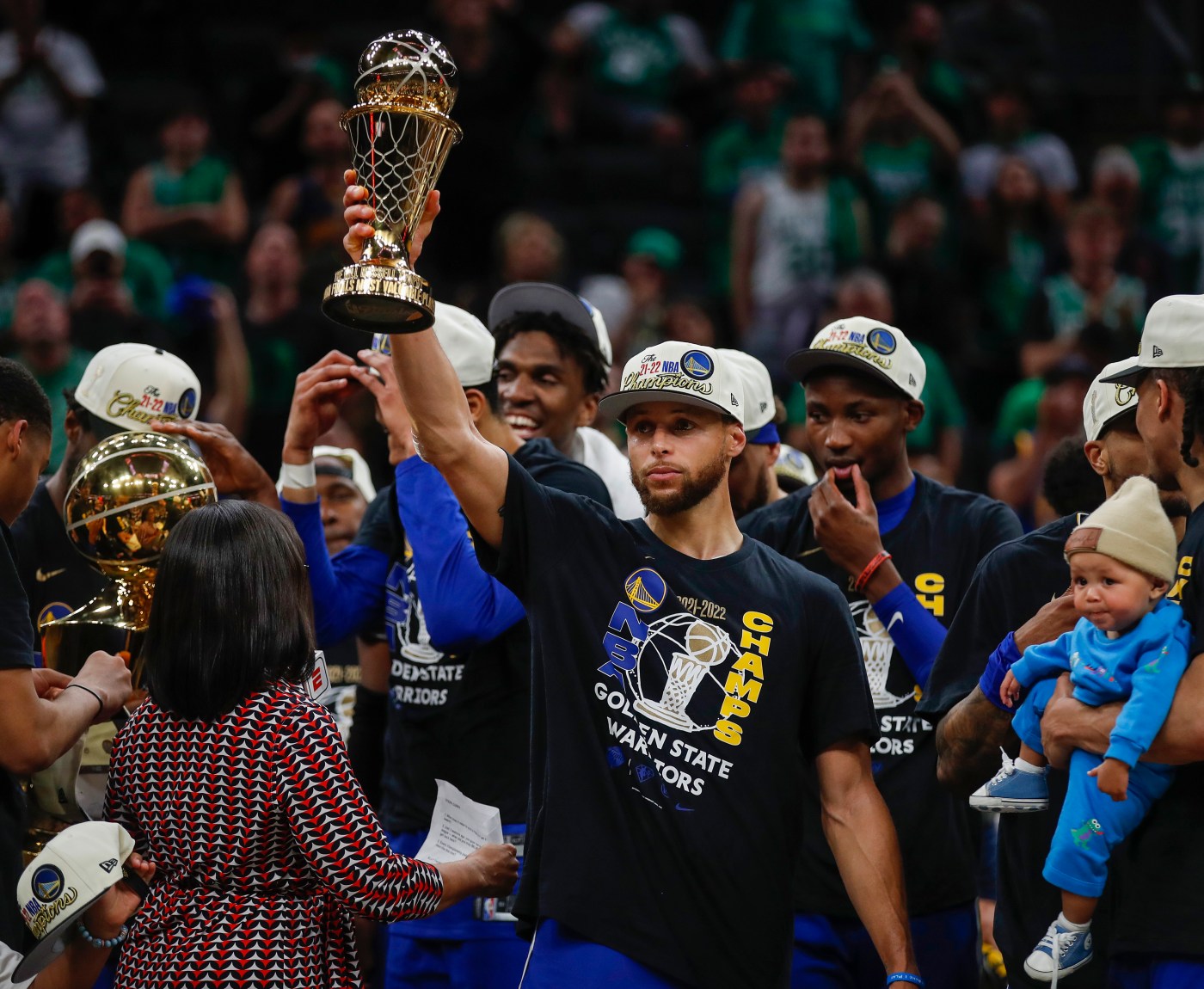 Sometimes, the haters need cooling off.

After the Atlanta Braves clinched the 1992 National League pennant, part-time Braves outfielder (and full-time Falcons cornerback) Deion Sanders wanted all the smoke from CBS commentator Tim McCarver after he spent the series criticizing Sanders for being as advertised: an elite two-sport athlete. Hours after shutting down Miami Dolphins receivers, and moments after catching pop-ups in the outfield, Sanders saved his best play of the day for McCarver.

With an ice tub in his hand, Sanders demanded to know where McCarver was in the celebratory locker room, pulled up on the talking head and doused him with the ice water. All in “Prime’s” time in prime time.

After cooking the Boston Celtics on their home floor to win his fourth title, and first Finals MVP, this was Stephen Curry’s ice tub moment Revenge in prime time for all the “McCarvers” in the media and in the stands that thought that Curry does not show up “when it matters most” or does not belong in the pantheon of all-time greats.

You can look at Curry’s Finals MVP as being a cold splash to the narrative that he needs one for validation or to “solidify his legacy”, but the reality is the notion that he needed the approval of 11 people with their own biases and agendas in the first place was egregious and asinine. The truth is that even before winning the Bill Russell Trophy, Curry was already established as an all-time great — whether pundits want to admit it or not.

After Curry’s 43-point masterpiece in Game 4, ESPN’s Jalen Rose called him a vanguard. When you think about it, Rose is spot on. Curry, with the way he plays, is and has been at the forefront of how the game is played now — emphasis on 3-point shooting, playing with space on offense, and making positionless basketball prevalent league-wide.

Curry has also forced us to look at dominance differently. Just because he doesn’t fit the cookie-cut profile of a dominant athlete, doesn’t mean that he does not dominate. He does it differently. He does it with skill. He does it with speed, stamina and underrated strength. For those critics who assume that anyone could play the way that Curry does, try this:

If you happen to be a parent of a young child, chase him or her around during a sugar rush and try to catch them. Try doing it for an hour. Exhausting, right? Torturous, right? Now imagine how opposing defenses feel while guarding Curry off the ball — as if dealing with him on the ball wasn’t enough.

Curry makes shooting seem effortless, and oftentimes it’s used to diminish him. Those 30-foot and logo 3s seem easy on TV but it hits differently once you step on the court and see how far the distance from midcourt to the basket really is. Plus, he’s expending energy off-ball, on-ball occasionally and on defense.  Curry may not be able to dunk, block shots or whatever you measure athleticism by but …read more

After watching Ravens backup quarterback Tyler Huntley run with the starting offense for three straight weeks in the absence of star Lamar Jackson, it doesn’t appear he has narrowed the talent gap. In other words, Huntley, a 2020 undrafted free agent entering his third season, is still a stop-gap measure. There were some Ravens fans […]

Celebrating the red, white and blue will take a lot more green this Fourth of July. The same inflated costs of that have consumers paying more for, well, pretty much everything these days, could make honoring our nation’s 246th birthday with fireworks a little less Yankee doodle dandy. “There will be increases due to the […]

The new rape allegations against Oscar-winning director Paul Haggis sound pretty horrific. His attorney has proclaimed his innocence, but it remains to be seen whether this new accusation will become part of the director’s narrative that he has been targeted in the past with false sexual assault allegations because he spoke out against the Church […]