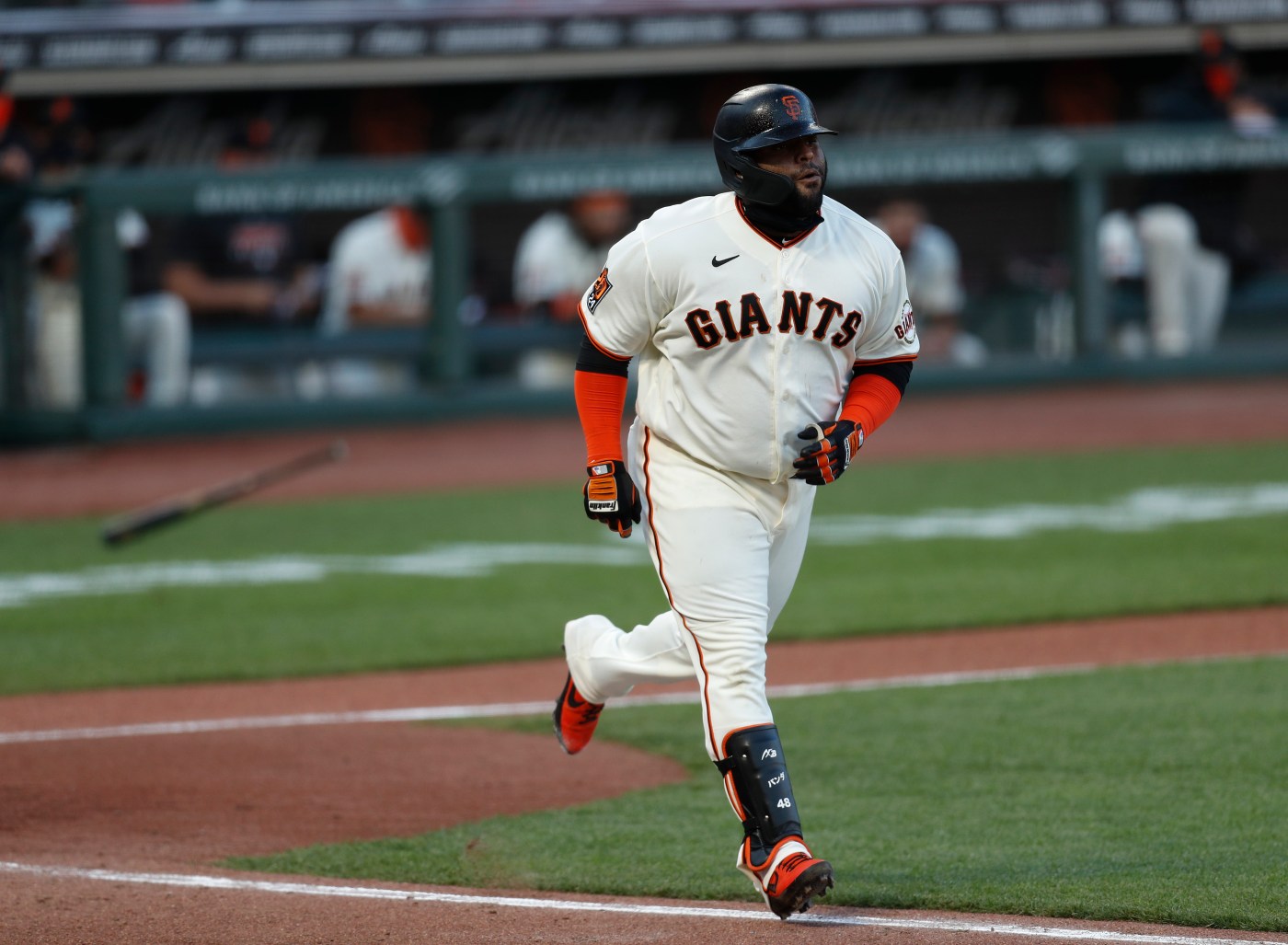 When Farhan Zaidi took over as the Giants’ president of baseball operations in November, 2018, even the most optimistic fans wouldn’t have guessed a bullpen anchored by Mark Melancon and Will Smith would be cruising into the NLCS two years later.

It would have helped if fans knew Melancon and Smith would be pitching for the Braves instead of the Giants, but with the way the 2020 postseason has unfolded, San Francisco fans have now turned into some of Atlanta’s biggest supporters.

A Braves team that also features three other former Giants –Pablo Sandoval, Adam Duvall and Charlie Culberson– is all that stands between the Los Angeles Dodgers and a trip to the World Series.

What should Giants fans still interested in watching postseason baseball look for this postseason? Here’s what’s stood out so far and what we’ll be following over the next few weeks.

—Sandoval hasn’t appeared in any of the Braves’ playoff games yet and might be in jeopardy of losing his roster spot for the NLCS, but any time a camera pans toward Atlanta’s dugout, it’s impossible to miss the huge smile on his face. Sandoval has endured a lot of challenges throughout his career and has always been resilient and willing to put the team first, so when he found a home with a pennant contender, there were a lot of members of the Giants organization who were thrilled for him.

–Did anyone see this kind of dominance from Melancon coming? A pronator injury kept the veteran right-hander from living up to the four-year, $64 million contract he signed with the Giants after the 2016 season and many fans were relieved to see him go at the 2019 trade deadline. It was a surprise to see Atlanta pick up the remainder of the money the Giants owed Melancon, but the move has worked out well for the Braves as he saved 11 games down the stretch last year and 11 more in 19 appearances this season. In four postseason appearances so far, Melancon hasn’t even allowed a baserunner.

–Speaking of the Melancon trade, former Atlanta Braves scouting director Brian Bridges received a lot of praise on social media this week for his work in identifying the young pitchers who have led the club to a 5-0 playoff record. Bridges played a big role in the Braves landing Mike Soroka, Ian Anderson and Kyle Wright and deserves credit for helping build one of baseball’s best young rotations. The reason Bridges’ name is relevant to Giants fans is he was let go by Atlanta in January, 2019 and hired by San Francisco as a national crosschecker in the scouting department. Bridges had some influence in the Giants’ acquisition of pitching prospect Tristan Beck, who came to the organization in the Melancon deal.

–I’ve seen some chatter on social media about the disappointment associated with the Giants letting Smith walk in free agency last offseason, but that was always the obvious move for a franchise that was in a rebuilding mode. The Giants outperformed expectations this year and came …read more

California’s Employment Development Department is making noticeable progress in attempting to dig out from an avalanche of jobless claims that buried the embattled labor agency amid coronavirus-linked business shutdowns, a state panel learned Wednesday. Despite the progress that appears to have begun roughly 10 days after the EDD instituted a high-tech verification system to accurately […]

The Latest: Milan site of 2 anti-mask protests despite surge

By The Associated Press MILAN – Milan was the site of two anti-mask protests on Saturday, even as Italy undergoes a resurgence of coronavirus infections. The Health Ministry reported another 5,724 cases in the last 24 hours and 29 deaths. Most cases were asymptomatic and determined through increased testing — more than 133,000 in the […]

Gov. Gavin Newsom said Monday that Californians should not anticipate “mass availability” of a COVID-19 vaccine until 2021 — and even the governor is unsure at what point during 2021 most people can expect to get it by. Before that, a team of independent scientists from California will verify its safety and efficacy, Newsom announced […]