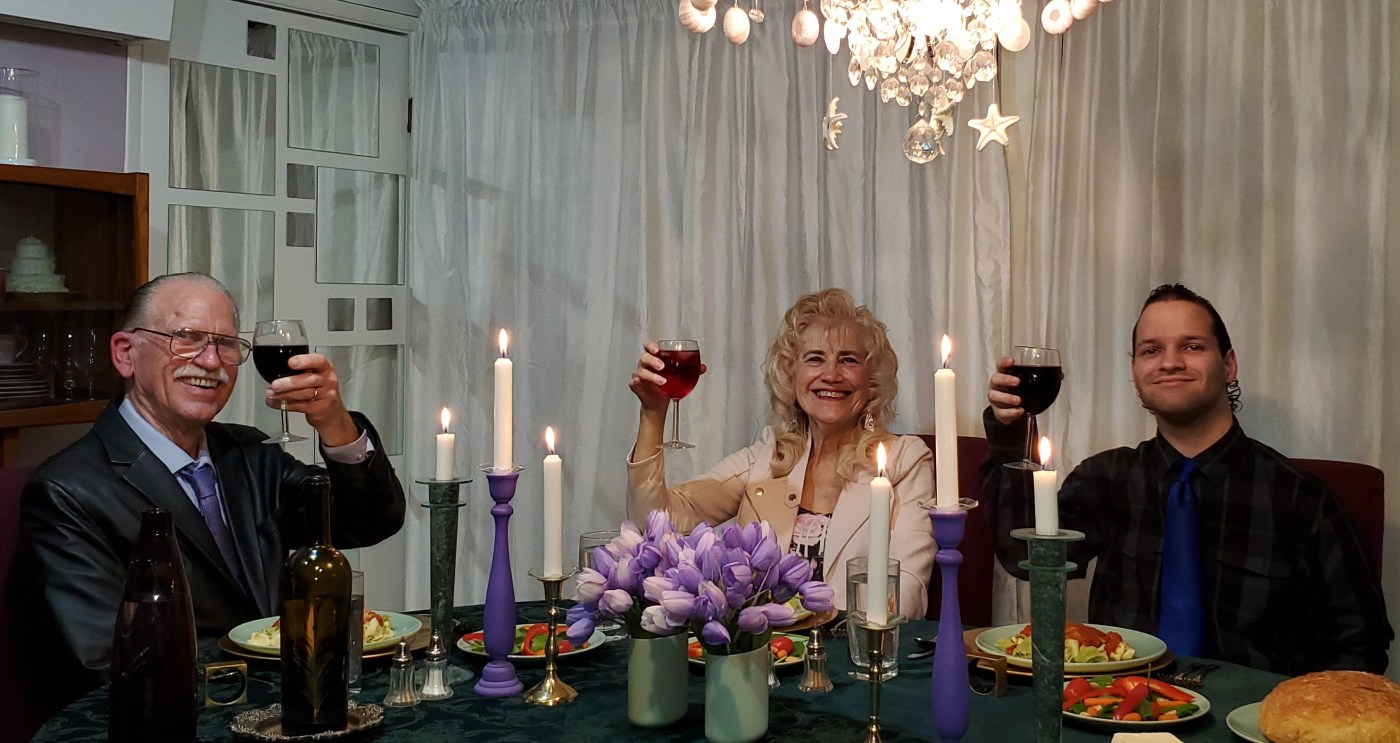 Like pretty much everyone else, San Jose residents Tom and Vickie Geary had to get used to a new normal because of the COVID-19 pandemic.

Part of their pre-pandemic routine had been going out for fine dining once or twice a month, and as last summer drifted away, Vickie realized how much she missed getting dressed up and sitting down for a fancy meal. So Tom suggested that in addition to a Meatless Monday, they start having Fancy Friday.

“We set the table with ‘good’ china, linens, crystal and candle holders,” Tom Geary said. “Vickie — who is a great cook — prepares a more elaborate meal than usual and experiments with new recipes.”

The retired couple, along with their adult grandson Gunner, get dressed up, open a bottle from Pichetti Winery in Cupertino and enjoy. Vickie Geary said the menu varies with entrees including New York steak, pork tenderloin and cheese tortellini, along with sides and home-baked bread. Normally, she’d prepare a dessert or two to go with the meal — she usually holds a well-attended dessert party fundraiser for the American Heart Association in February — but the guys aren’t big on sweets and Geary figures she’d balloon up if she ate it all.

The family says it’s been a great way to break up the monotony of staying home and have added another tradition to the week — Silly Sunday. That meant fun clothes, playing a kids board game borrowed from a neighbor and eating nachos for dinner.

“When we worked, we may have toasted to surviving another week,” Vickie Geary said. “Now, we toast surviving!”

AN IDEA WORTH BORROWING: East San Jose resident Maricela Lechuga says San Jose should take a look at creating a “special use district” zoning policy modeled after San Francisco’s Cultural District Initiative as a way to preserve parts of the city rich in cultural history but in danger of gentrification. Lechuga, an artist and aspiring lawyer, sent a letter to San Jose Mayor Sam Liccardo requesting the idea be considered when the council sets its annual priorities this year.

“For a city that prides itself on diversity and innovation, we still have a ways to go,” she wrote. “We currently have a Little Portugal, Little Saigon, Little Italy, Japan Town, and the La Placita Tropicana on Story and King, but these San Jose landmarks are more akin to business improvement districts and are not afforded the same kinds of resources for public art or protections against displacement of legacy businesses and lifelong residents.”

San Francisco’s initiative, she said, has allowed neighborhoods like Calle 24, Japantown and SOMA Pilipina to flourish and become cultural destinations that attract visitors from all over the Bay Area.

It’s surprising, Lechuga says, that San Jose doesn’t have a designated Latino/Mexican cultural district despite the historic contributions made by members of that community. And the city’s Alum Rock neighborhood could benefit from such a designation, she said, because it has been the center of Latino culture in the city for decades but is very vulnerable to …read more

“Possession is nine-tenths of the law. Possessio is nine-tenths of the word.” — graffiti “Card reading” — discerning what your opponents hold by drawing inferences from the bidding, opening lead and play — is alleged to be the domain of the expert. In truth, the process can be simple in principle, often amounting only to […]

Dear Abby: Is this bad behavior something women are taught?

DEAR ABBY: I am a male reader with a complaint. Have you noticed that women hardly ever compliment men? On anything! They expect men to compliment them but never reciprocate. Jeanne Phillips  If you move furniture, take them out for a nice dinner, buy tickets to their favorite show, buy them a gift, they don’t […]

Dear Abby: He hides me from his friends and punishes me for my behavior. Will he ever be a good boyfriend?

DEAR ABBY: I have been on and off with a man for two years. In all this time, he has never spent a holiday or Valentine’s Day with me, or introduced me to his family or friends. He told me to stay in the bathroom at his office when his friends showed up unexpectedly. When […]