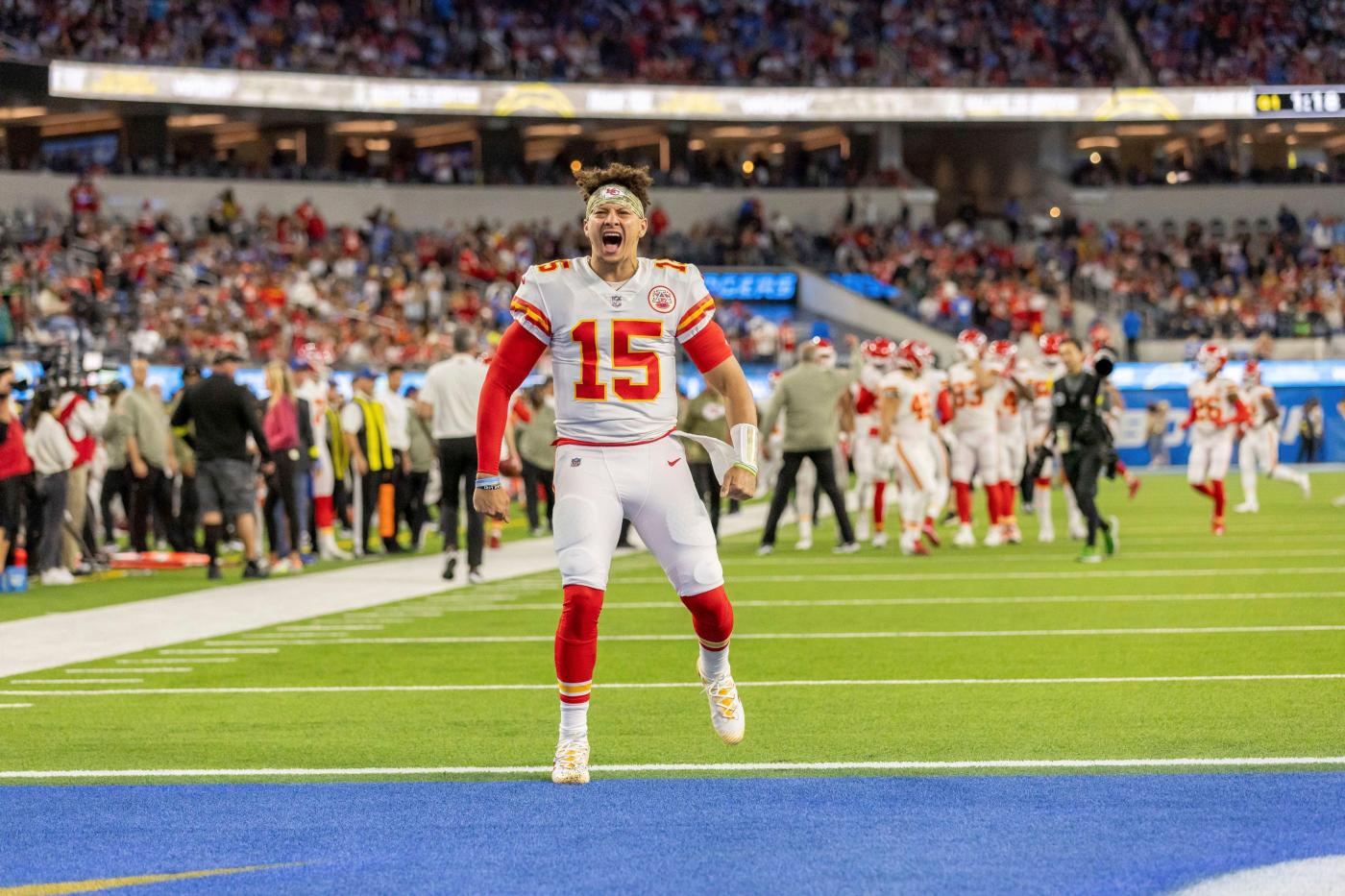 The quality of play in the NFL has dropped off but, thankfully, it isn’t totally boring.

With marquee quarterbacks like Tom Brady and Aaron Rodgers — and their respective teams, the Tampa Bay Buccaneers and the Green Bay Packers — slumping, the league is having a slow makeover.

Even the genius of eventual Hall of Fame coach Bill Belichick was questioned at the beginning of the season when his New England Patriots lost three of their first four, but he has quickly re-established himself as the best in any era with the Patriots winning five of their past six.

Super teams in the NFL? There are none.

The Philadelphia Eagles have the best record at 9-1, but they’ve allowed an average of nearly 120 rushing yards per game, which is why they recently signed 35-year-old defensive tackle Ndamukong Suh.

Kansas City is 8-2, but six of their wins have been by four points or fewer. That’s great, but the Chiefs aren’t unbeatable, and they’re certainly not super.

Their quarterback, Patrick Mahomes, might be. Some people hate greatness, but I like watching it work. I loved watching Larry Bird shoot 3-pointers and Kareem Abdul-Jabbar’s sky hook for the “Showtime” Lakers. Few quarterbacks could master a two-minute drill like legendary quarterbacks Johnny Unitas or Joe Montana.

Mahomes is in that mold. The way he breaks ankles with his cuts and throws darts through small windows is amazing. Unless he gets hurt or the Chiefs stumble, he appears to be a runaway for the league’s Most Valuable Player award.

No one is mentioning Brady or Rodgers anymore, which is sad in a sense but also refreshing. Before this season is over, Brady will do something remarkable again. It’s in his genes, and he is a fascinating study to even be playing at age 45.

Rodgers looks lost. With Brady, you could tell something was wrong. Rodgers has that nomad look on his face, a person in search of his next mission in life.

Their departures from the spotlight have pushed other quarterbacks into it, such as Philadelphia’s Jalen Hurts, Miami’s Tua Tagovailoa even Geno Smith, who has resurrected his career in Seattle. They now join other young stars like the Ravens’ Lamar Jackson and Buffalo’s Josh Allen.

Miami was expected to be better this season but not be in first place in the AFC East. The Eagles were in a similar situation, but Hurts’ play has taken them to a new level.

The entire NFC East has been born again. This division was expected by many to be the worst in the NFL after last season, but so far every team in the division has a winning record.

It’s been an unpredictable season, but even that can’t fix Jacksonville (3-7), Houston (1-8) or Cleveland (3-7), perennial losers that implode every year.

Even with quarterback Ben Roethlisberger retiring at the end of last season, I believed the Steelers would finish at or a game above .500 because coach Mike Tomlin is such an intense competitor.

Miss Manners: A lock on the office restroom could have prevented this unpleasant encounter

DEAR MISS MANNERS: My place of work has recently relocated into a different building, and the ladies’ restroom is not a “single user” like we had at our previous location. There are two toilet stalls next to each other, which means that one can no longer do their business in assured privacy. The other day, […]

More than 600 East Bay homeowners were recently fined for excessive water usage and their names added to a growing record of violators spanning some of the Bay Area’s most wealthy and well-known figures. The latest list of customers released by the East Bay Municipal Utility District includes Mark Mastrov, the founder of 24 Hour […]

Legendary Western movie star legend John Wayne helped make James Arness the notable actor that he became. However, it all came down to one fateful interview that decided their fate to go into business together. Wayne asked Arness one “main” question that he thought was important, but it instantly made the Gunsmoke actor uncomfortable. Nevertheless, […]