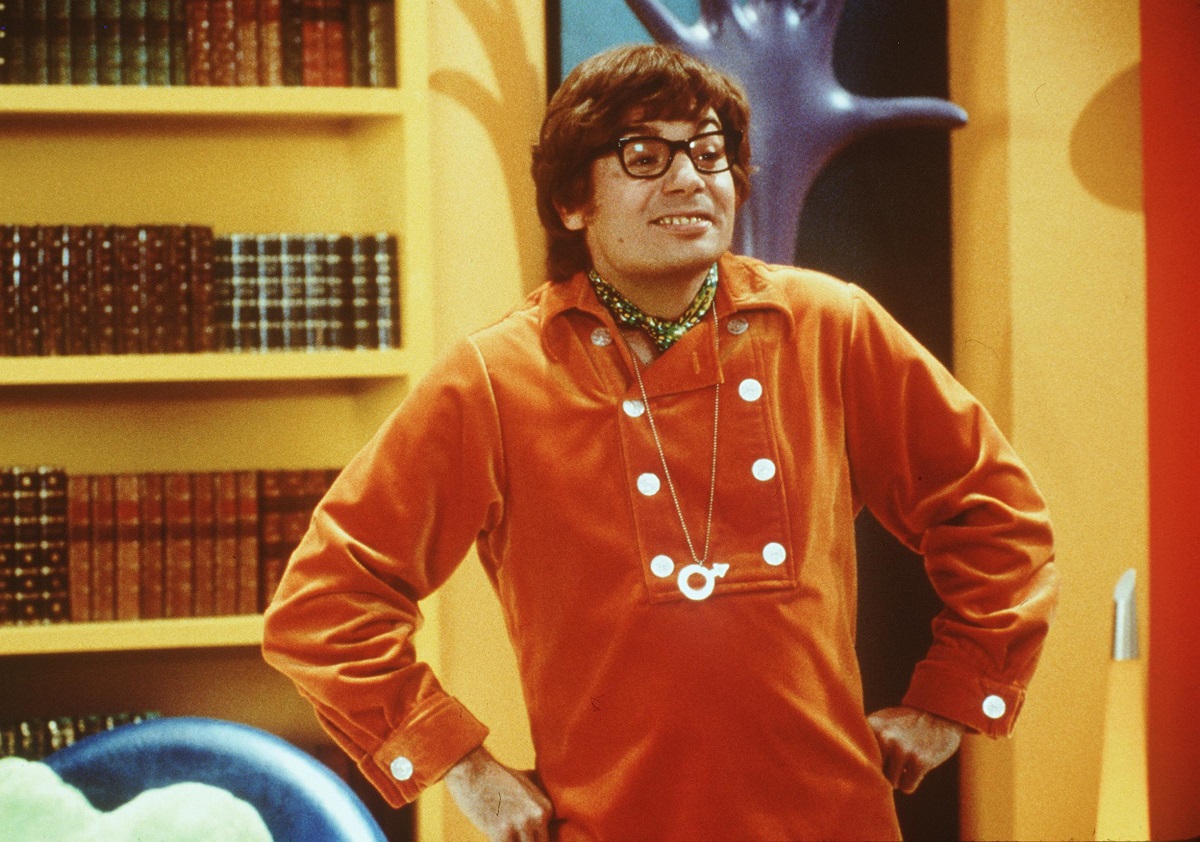 Like many comedians, Mike Myers has become known for his memorable lines in starring roles. The actor who coined the phrases “Oh, behave” and “Yeah, baby” had another iconic line he used in both the animated flick Shrek and the third Austin Powers film.

Shrek’s line “You’re on your way to a smacked bottom” was improvised by Mike Myers after he got annoyed at a director!#TriviaTuesday pic.twitter.com/BpPXHP3E0Y

Austin Powers is known for his catchphrases. The flirtatious character says, “You’re going the right way for a smacked bottom,” multiple times throughout the franchise. In fact, Myers even said it in Madonna’s music video for “Beautiful Stranger,” where he played his infamous character.

According to IMDb, the line “You’re on your way to a smacked bottom” made its way into another one of the actors’ projects. In the first Shrek movie, which premiered in 2001, when Donkey starts to annoy Shrek with his humming, the ogre says, “You’re going the right way for a smacked bottom.” Apparently, Myers was annoyed by one of the directors, leading to an improvisation that made it into the film.

Myers brought the phrase back in Austin Powers in Goldmember when he said, “You’re going the right way for a smacked bottom, and I don’t care who knows it.”

Myers inspires his co-stars to improvise

The Love Guru actor flexed his Hollywood power to convince studio executives to give him creative freedom on Shrek. After comedian Chris Farley, the original voice of the ogre, died, Myers stepped in to fill the role.

According to USA Today, Myers felt that his regular voice would not work for the character and convinced DreamWorks to spend more than $4 million to rework the entire role so that he could use a Scottish accent. Myers explained, “I always thought that Shrek was raised working-class. And since Lord Farquaad (the villain) was played English, I thought of Scottish.”

Myers isn’t the only one who improvises in his films. Long-time actor, Rob Lowe, is responsible for one of the funniest moments in Austin Powers: The Spy Who Shagged Me.

In his book, Stories I Only Tell My Friends: An Autobiography, Lowe said the scene where he tries to stand up to Dr. Evil was entirely ad-libbed dialogue. The St. Elmo’s Fire actor explained he came up with the idea on the spot to have Myers bounce the giant globe off his head, and it was comedic gold. Lowe claims it was one of his favorite scenes in the movie.

Cameron Diaz, who spent a lot of time with Myers on Shrek, playing the role of Fiona, was not shy about improvising her lines either. During a particular scene, Diaz inadvertently burped into the microphone, and the moment made it into the movie.

Warriors parade: On the bus with Draymond Green

SAN FRANCISCO — Somewhere between Second and Third street, a small crisis arose on Draymond Green and Juan Toscano-Anderson’s championship parade bus. The speaker broke. You’d hardly know it was broken — the roar of the crowd and ambient music down Market street created its own soundtrack to the Warriors’ celebratory parade. But Green’s close […]

Opinion: Unlike Watergate, today’s Republicans are failing the nation

Friday marked the 50th anniversary of the Watergate burglary that would end Richard M. Nixon’s presidency two years later. By then, his vice president and successor, Gerald R. Ford Jr., would tell Americans, “Our long national nightmare is over.” Little could Ford or his audience have imagined the nation’s current nightmare, one that’s far from […]

Yesenia Sanchez declared victory Tuesday evening in the race for sheriff in Alameda County, in an apparent — and stunning — upset against her incumbent boss. Sanchez, a commander with the Alameda County Sheriff’s Office who oversees the Santa Rita Jail, led the race Tuesday evening 52.7% of the vote — a total that, if […]