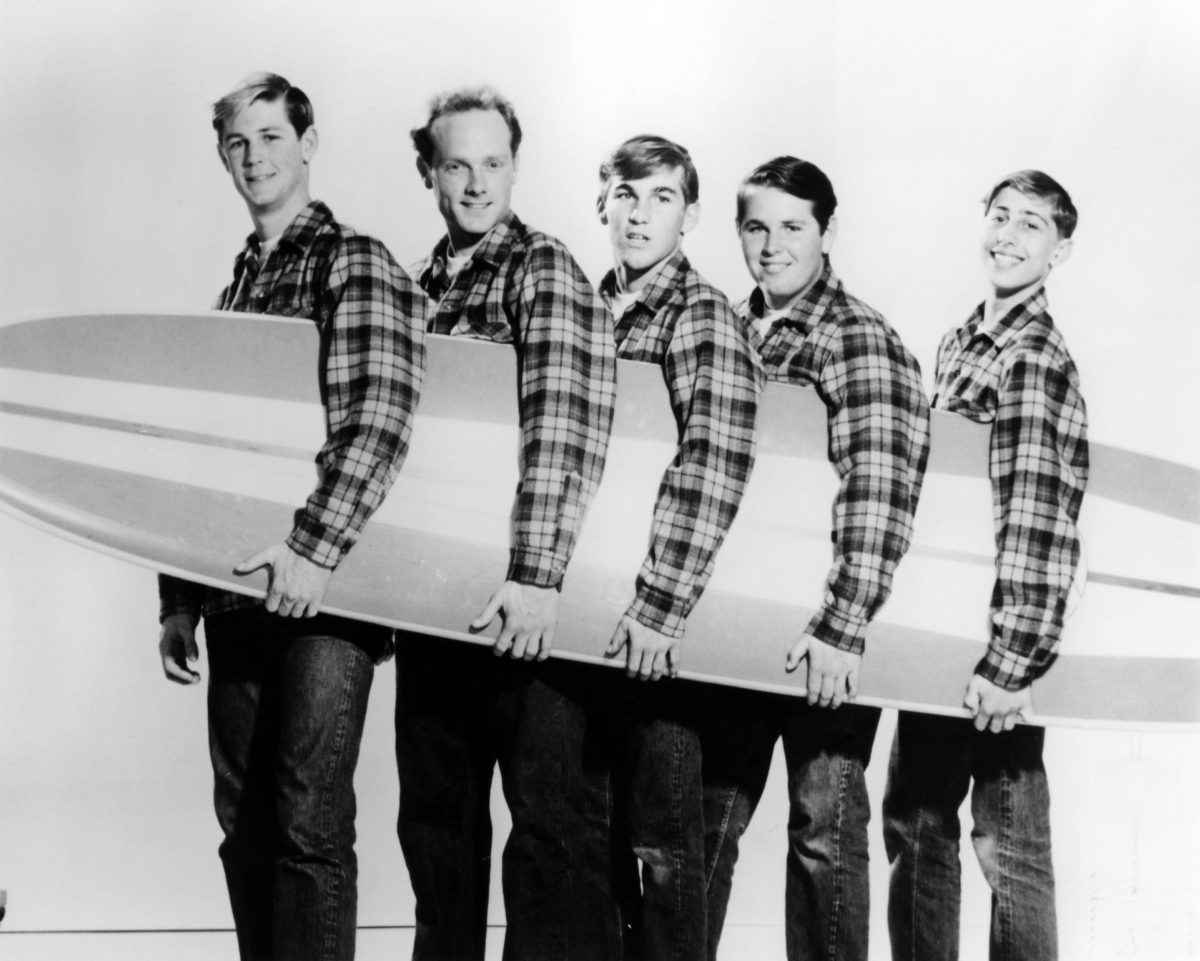 Brian Wilson initially only thought of a few lyrics for The Beach Boys’ “California Girls.”
Mike Love added lyrics that mentioned parts of the United States besides California.
Love said some fans did not understand what The Beach Boys were trying to say in the track.

One of The Beach Boys‘ most famous songs is “California Girls.” Brian Wilson started writing the song while he was under the influence of drugs. Subsequently, Mike Love added lyrics to the song. Love said some of his lyrics were misinterpreted.

During a 2013 interview with Rock Cellar Magazine, Love said Wilson was high when he started writing “California Girls.” “He had the chorus ‘I wish they all could be California Girls’ but no other lyrics,” Love recalled. Wilson didn’t tell Love he was high while writing the song until the 2010s.

“So I went out in the hallway and came up with (recites lyrics) ‘Well East Coast girls are hip I really dig the styles they wear and Southern girls with the way they talk knock me out when I’m down there,’” Love continued. “So I wrote this poem touching on four corners of the U.S. and then over to Hawaii and all around the world.”

RELATED: Brian Wilson Said Elvis Presley Was in the Studio When He Was Making 1 of The Beach Boys’ Songs

Love said some listeners misinterpreted “California Girls.” “Some people misunderstood the meaning of the song that we were saying California girls were the best,” he recalled.

“What we were really saying if you listen or read the lyrics, we were appreciating the fact that even though we went all around the world we’d like to bring them all back to California with us,” Love added. “And in a sense, California is a microcosm of the macrocosm of what’s out there in the world in terms of all the pretty girls.” Love said the song was designed to capture the experience of going around the world.

RELATED: Brian Wilson Said He Wrote 1 of The Beach Boys’ Songs in Response to the JFK Assassination

“California Girls” became a hit, reaching No. 3 on the Billboard Hot 100. The track stayed on the chart for 11 weeks. According to The Billboard Book of Number 1 Hits, the song was blocked from reaching the top of the chart by Bob Dylan’s “Like a Rolling Stone” and The Beatles’ “Help!“

“California Girls” became a huge hit even though not everyone understood it.

‘Spy x Family’ Episode 12 Recap: Something Fishy at the Aquarium

Spy x Family Episode 12 served as the finale of the anime’s first cour, and the latest installment left things on a happy note heading into its mid-season break. Although Operation Strix remains a priority for Twilight, this week’s chapter sees him enjoying a trip to the aquarium with Yor and Anya. Of course, that […]

L-R: Bryan Cranston and Aaron Paul | Ben Rothstein/Vinton Productions Odenkirk spoke with Metro at the Tribeca Film Festival and shared that Cranston and Paul filmed more than just one cameo. Here’s what Odenkirk had to say about his Breaking Bad co-stars’ return, and what else is in store for Jimmy when Better Call Saul […]