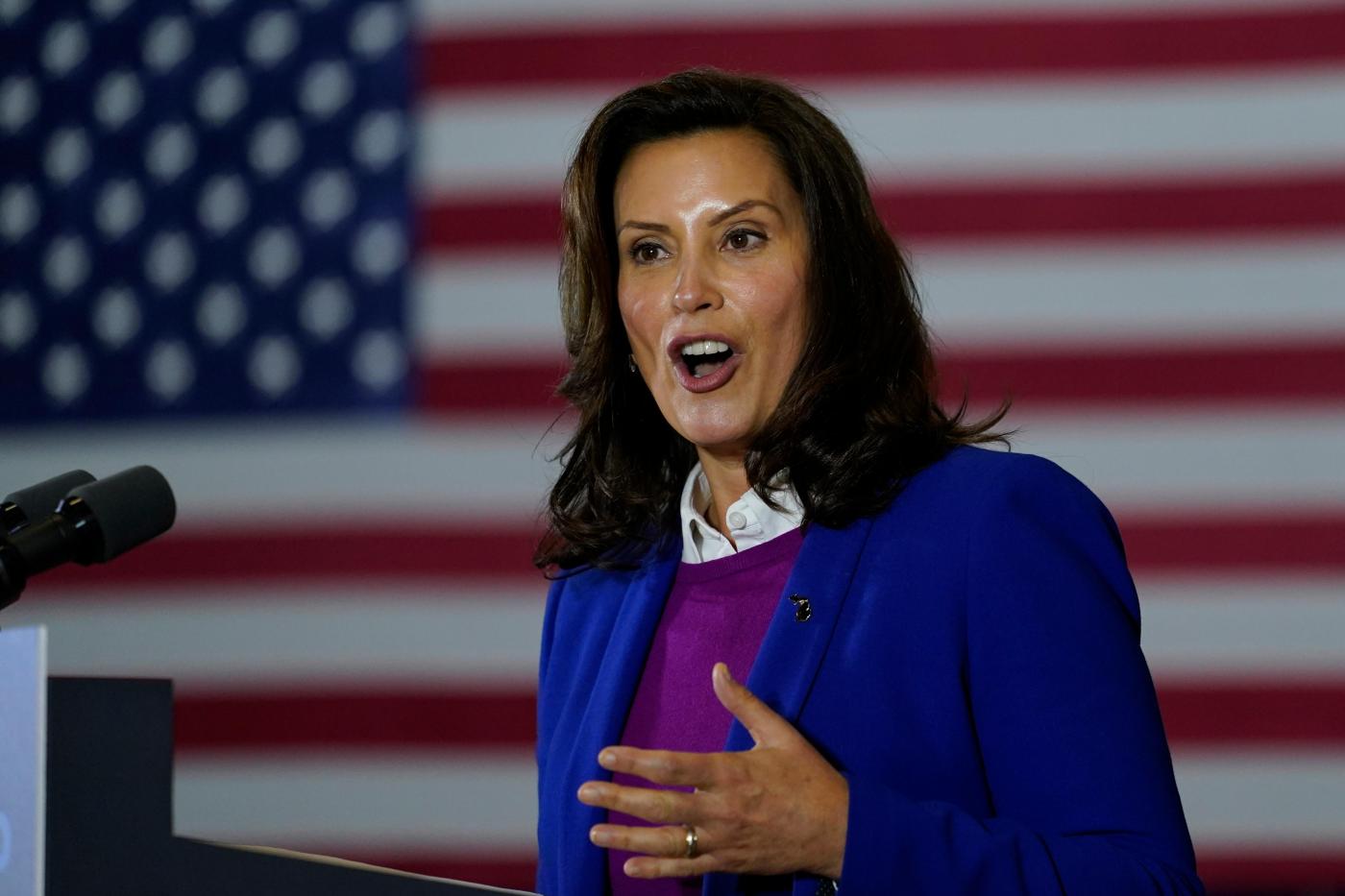 DETROIT (AP) — Michigan Gov. Gretchen Whitmer said Sunday that President Donald Trump is inciting “domestic terrorism” following “lock her up” chants at his rally in the state the night before.

Whitmer told NBC’s “Meet the Press” that the rhetoric is “incredibly disturbing” a little more than a week after authorities announced they had thwarted an alleged plot to kidnap the Democratic governor.

“The president is at it again and inspiring and incentivizing and inciting this kind of domestic terrorism,” Whitmer said. “It is wrong. It’s got to end. It is dangerous, not just for me and my family, but for public servants everywhere who are doing their jobs and trying to protect their fellow Americans. People of good will on both sides of the aisle need to step up and call this out and bring the heat down.”

At a rally in Muskegon Saturday evening, Trump urged supporters to push Whitmer to reopen the state following COVID-19 restrictions. When the crowd starting chanting “lock her up” Trump added, “Lock ’em all up.”

“He wasn’t doing anything, I don’t think, to provoke people to threaten this woman at all. He was having fun at a Trump rally, and, quite frankly, there are bigger issues than this right now for everyday Americans,” Lara Trump, the president’s daughter-in-law and a senior campaign advisor, said on CNN’s “State of the Union.”

Democrats have sought to tie Trump to the alleged plot against Whitmer, pointing to the president’s tweet earlier this year to “LIBERATE MICHIGAN!” after Whitmer restricted personal movement and the economy in response to the coronavirus pandemic. Michigan — particularly the Detroit area — was hit hard early during the pandemic. Many of the limits have since been lifted.

Authorities allege members of two anti-government paramilitary groups took part in plotting Whitmer’s kidnapping, although some were charged under federal law and others under state law. Six men, led by Adam Fox of the Michigan III%ers, are charged in federal court with conspiring to kidnap her. Eight others who are believed to be members or associates of a group called the Wolverine Watchmen are charged in state court with counts including providing material support for terrorist acts.

By Vishwadha Chander | Reuters Premiums for an average health insurance plan under the Affordable Care Act has dropped by 2% for the 2021 coverage year, according to a report released by the Trump administration, which is seeking to invalidate the 2010 healthcare law. The Centers for Medicare & Medicaid Services (CMS) on Monday said […]

Bay Area Halloween Roundup: Where to find all the spooky fun

People might find themselves with a lot of extra time on their hands this Halloween season. After all, folks probably won’t be going to costume parties, concerts or other big get-togethers due to the coronavirus pandemic. And parents likely won’t be taking their kids trick-or-treating. In other words, get ready for a Halloween unlike any […]

It took a virus, not political action, to prune the pricing power of California landlords. The coronavirus has hammered the state economy, and the once rock-solid residential rental market has been especially hard hit. Data from the Consumer Price Index shows us that business limitations designed to slow the pandemic’s spread have dramatically changed consumer […]