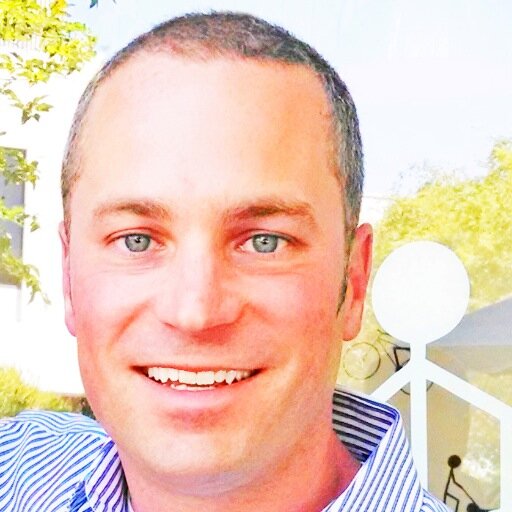 MENLO PARK — Las Lomitas Elementary School District Board President Jon Venverloh is stepping down after a public outcry over racist and vulgar social media comments his wife has made about Vice President-elect Kamala Harris.

Venverloh, who was a former Google executive, announced his resignation from the board on Sunday after his wife Mehridith Phillips Venderloh posted misogynistic comments against Harris. In a post on a district parent-teacher Facebook page, Venderloh said his wife “expressed reprehensible views that I do not agree with” and added that he needs to focus on and support his family.

“I stood for election to be a Trustee because I care about doing the right ting for ALL of our kids in our District,” Venderloh wrote. “However, given my wife’s social media posts… I know that my continued service would be a distraction from the work that needs to be done in the District over the two years remaining in my term.”

Early Sunday morning, Phillips Venderloh commented on a tweet-thread on Harris’ qualifications saying “all she needs to be qualified is a black (profanity)! No brain needed!” and implied that the Harris had “(profanity) her way to the top.”

After the Tweets circulated around teacher and parent groups Sunday, over 100 people signed a letter by the Las Lomitas Education Association condemning the posts as racist.

“Bigoted statements that question the integrity, accomplishment and character of people of color, of women, of LGBTQ people and of people who live at the intersections of these community are intolerable and have no place in our Las Lomitas family or on either of our campuses,” the letter said.

In a post apologizing for her remarks, Phillips Venderloh — who was a vocal supporter of outgoing President Donald Trump — said she wrote the “vulgar words” in a “moment of disappointment.”

“For this, I am deeply sorry and ashamed,” Phillips Venderloh said, adding that she has been weaning off of medicines for a “debilitating neurological disease” and believes the change in medication “reduced my judgment between right and wrong when I made the posts.”

In a message to the community, board trustees John Earnhardt, Diane Honda and Dana Nunn said “we collectively and individually found the social media comments posted by Jon’s wife to be abhorrent and the racially based and gender-based hatred contained in the posts does not reflect the values of our school district or our community.”

The statement continued saying the egregiousness of Phillips Venderloh’s posts has “undermined Jon’s ability to serve effectively on our governance team.”

Former Menlo Park mayor Ray Mueller condemned Phillips Venderloh’s comments, which in the past have also included disparaging remarks about the LGBTQ community.

“There is no acceptable response to such language other than condemnation,” Mueller said. “Our community must commit and hold itself to the highest standard in creating a safe, inclusive, accepting environment that celebrates and welcomes diversity in sexual orientation without limitation.”

Do we need to change how we feed Bay Area birds in the winter?

DEAR JOAN: Now that the seasons have changed, should I adjust how I feed the birds in our yard? I have put out black oil sunflower seeds and wild bird food since early spring. Together with a birdbath, it’s been quite popular. Is there danger of the birds staying with a dependable source of food and […]

By David Crary | Associated Press NEW YORK — Close to 90,000 sexual abuse claims have been filed against the Boy Scouts of America as the Monday deadline arrived for submitting claims in the organization’s bankruptcy case. The number far exceeds the initial projections of lawyers across the United States who have been signing up […]

Coronavirus: Could surge mean some Bay Area schools won’t return to classroom until next school year?

For public school parents anxious about their kids’ struggles with online distance learning at home, the recent coronavirus case surge is a dispiriting sign likely to further delay a return to the classroom. And some school officials are starting to fear that an ongoing winter outbreak could keep kids from coming back until next school […]