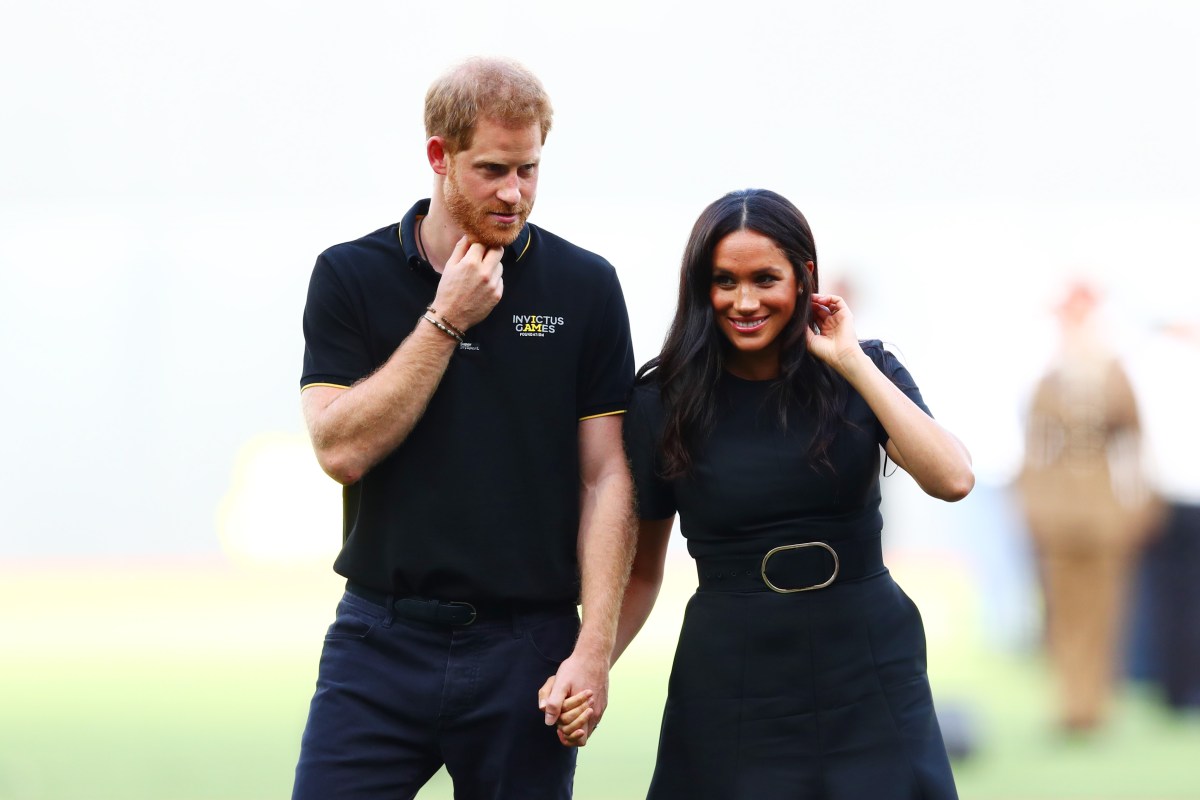 Meghan Markle and Prince Harry continue to work on building their brand. They set up Archewell, which includes a foundation as well as production and audio projects. They have also been featured in high-profile magazine and television interviews.

It was recently announced Meghan and Harry will receive an award from Robert F. Kennedy Human Rights for talking about alleged racism within the monarchy. However, one expert says the Sussexes are “spoiled brats” who don’t deserve the award and are paid to “do nothing.”

Meghan and Harry will receive the Ripple of Hope Award for exposing alleged racism within the institution of the royal family. However, Sky News host Paul Murray says this is an example of “everything that’s wrong with the world.”

“Every now and then there’s a story that comes along that tells us everything that’s wrong with the world in one news story,” says Murray during his show. “And this is it. “Meghan Markle, Harry Windsor, are going to get an award—an award for doing absolutely nothing. This is peak 2022. They are going to get an award for fighting against structural racism for leaving the royal family, making millions of dollars out of Spotify, Netflix, and book deals, and constantly [complaining].”

According to Murray, the duke and duchess don’t deserve the award because they haven’t done anything to change the royal family. He says all they have done is make accusations and complain. “They have not changed a single thing about the royal family, but because they call out the structural racism, pretending that someone somewhere may have said something about the color of their kid, this is why they’re getting the award,” says Murray.

RELATED: Prince Harry Will ‘Find Himself Out in the Cold’ After His Netflix Documentary and Book Are Released, Says Royal Commentator

Murray believes the Duke and Duchess of Sussex are “spoiled” and haven’t contributed much to society. According to Murray, they haven’t done anything special that would warrant such a prestigious award. He says Meghan and Harry are an example of “victim culture.”

“I’m from the olden days where to win a Nobel Peace Prize means you have to actually achieve global peace,” says Murray. “To be the Australian of the Year, you had to do something that no one else in the country could do. But this is 2022, where victim culture is up to here, and these two spoiled brats get another thing for their mantelpiece to say how good they are for doing nothing and making millions doing it,” says Murray.

Commentator Daisy McAndrew says Kerry Kennedy’s statement about Meghan and Harry fighting against alleged racism within the monarchy is an insult to the royal family. She says the award will be received well by those …read more

FRESNO — A California woman and her boyfriend were charged Monday with the murder of her 18-year-old sister and 3-week-old niece who were shot in their Fresno home out of jealousy and sibling rivalry in September, authorities said. Yarelly Solorio-Rivera, 22, and Martin Arroyo-Morales, 26, were each charged with two counts of murder and a […]

2022 AMAs: The 3 Worst Performances of the Night

The 2022 American Music Awards took over the Microsoft Theater in Los Angeles on November 20, and some of the biggest names in music came together to celebrate their achievements of the last year, as well as watch some entertaining performances. Some performances at the fan-voted award show were memorable, while others were forgettable. Bebe […]

A state legislator is pushing for an audit of how San Jose uses its homelessness funds, marking the second time in a week that Sacramento has called into question local spending on one of the region’s most difficult crises. After touring San Jose’s largest encampment and finding himself appalled at the conditions residents were living […]