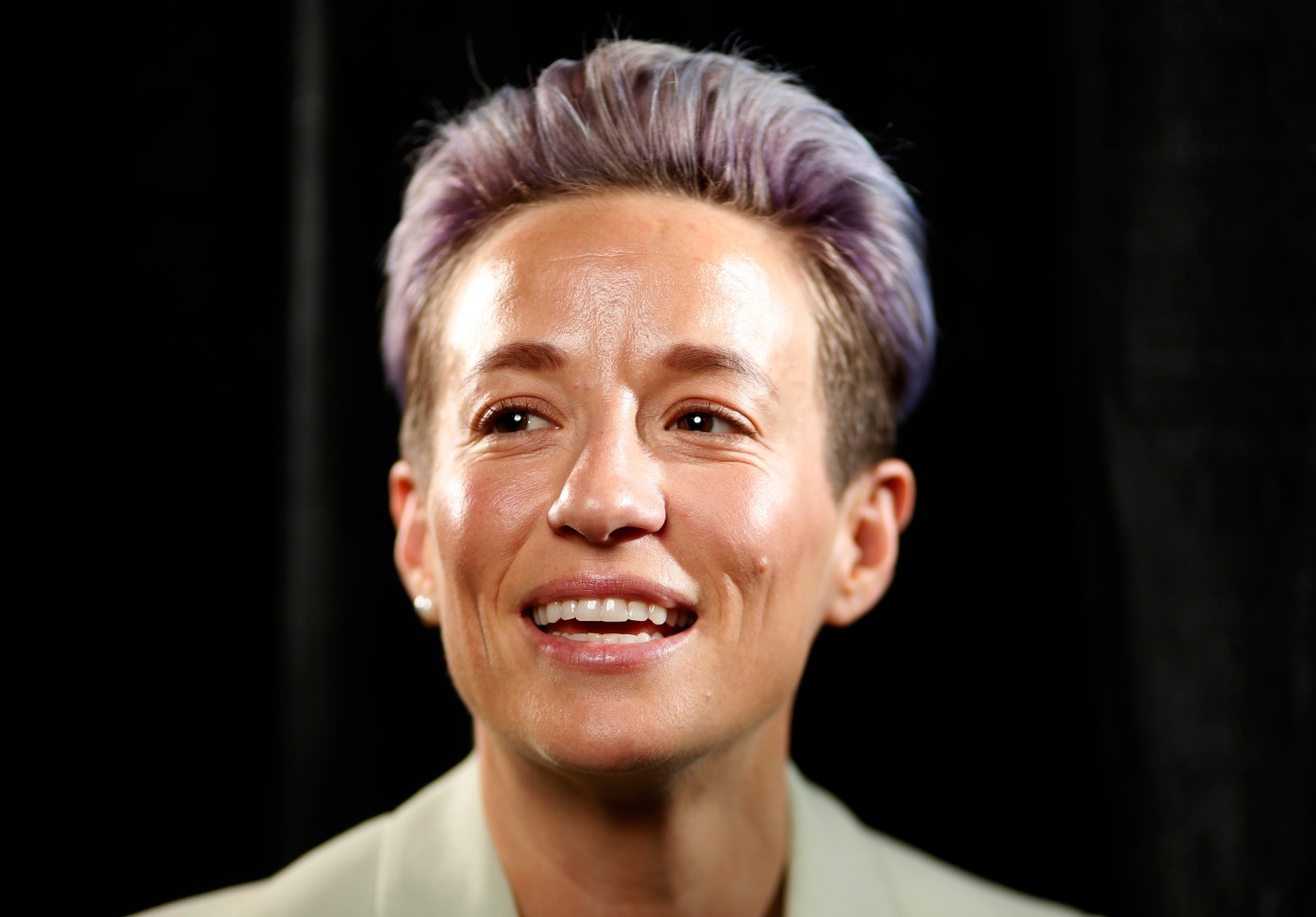 Megan Rapinoe, one of America’s most outspoken star athletes, said Tuesday the attack by a pro-Trump mob on the U.S. Capitol Building unveiled the country’s “true colors.”

“This is America, make no mistake about it,” she said during a 22-minute video interview with soccer reporters.

“This was about white supremacy and holding up white supremacy,” added Rapinoe, who has rejoined the U.S. national team for the first time in a year.

“This is not the first time we’ve seen a murderous mob like that. Unleashing a white supremacist mob is nothing new to America as people of color know that very well.”

Rapinoe, who grew up in Redding, took almost six minutes to address the first question about the mob that breached the Capitol after a rally spearheaded by President Donald Trump.

“Hopefully [it’s] the final straw for so many people to really understand the reason that we’re here is because we never have actually had a reckoning with what our country really is,” Rapinoe said.

President Trump travels to Texas to tour his border wall

Officer Chauvin will be tried separately from his colleagues

Analysis: Trump fights for a job he doesn’t want to do

“All the calls for unity cannot come without justice. If we do not punish this to the fullest extent it only encourages more of this to happen. We should not underestimate what could have happened.”

Five deaths — including those of two Capitol Police officers — have been tied to the riot last Wednesday. Law enforcement officials have arrested and charged at least 70 people involved in the storming, and investigators are working to identify and track down many more, according to federal prosecutors.

Weekend holiday from tech was a gift, even in Silicon Valley

Between Christmas and New Year’s, our family decided to do something you might find unthinkable: We turned off our smartphones, powered down the computers and hid the TV remote to take a “tech holiday” for 48 hours. Somehow, we survived to tell about it. Admittedly, we weren’t particularly brave in challenging ourselves. We picked the […]

Liam Hendriks, the A’s dominant closer and 2020 Reliever of the Year, will sign with the Chicago White Sox, per reports. The 31-year-old from Australia has reportedly signed a three-year, $54 million deal with a club option for the fourth year. Hendriks came to the A’s in 2015 in a trade that sent starting pitcher […]

WASHINGTON (AP) — The Latest on Congress’ tally of the Electoral College vote won by Joe Biden (all times local): 9:10 pm. New York Gov. Andrew Cuomo is sending 1,000 members of the state’s National Guard to Washington, D.C., to help “the peaceful transition of presidential power.” Cuomo, a Democrat, said 1,000 troops would be […]