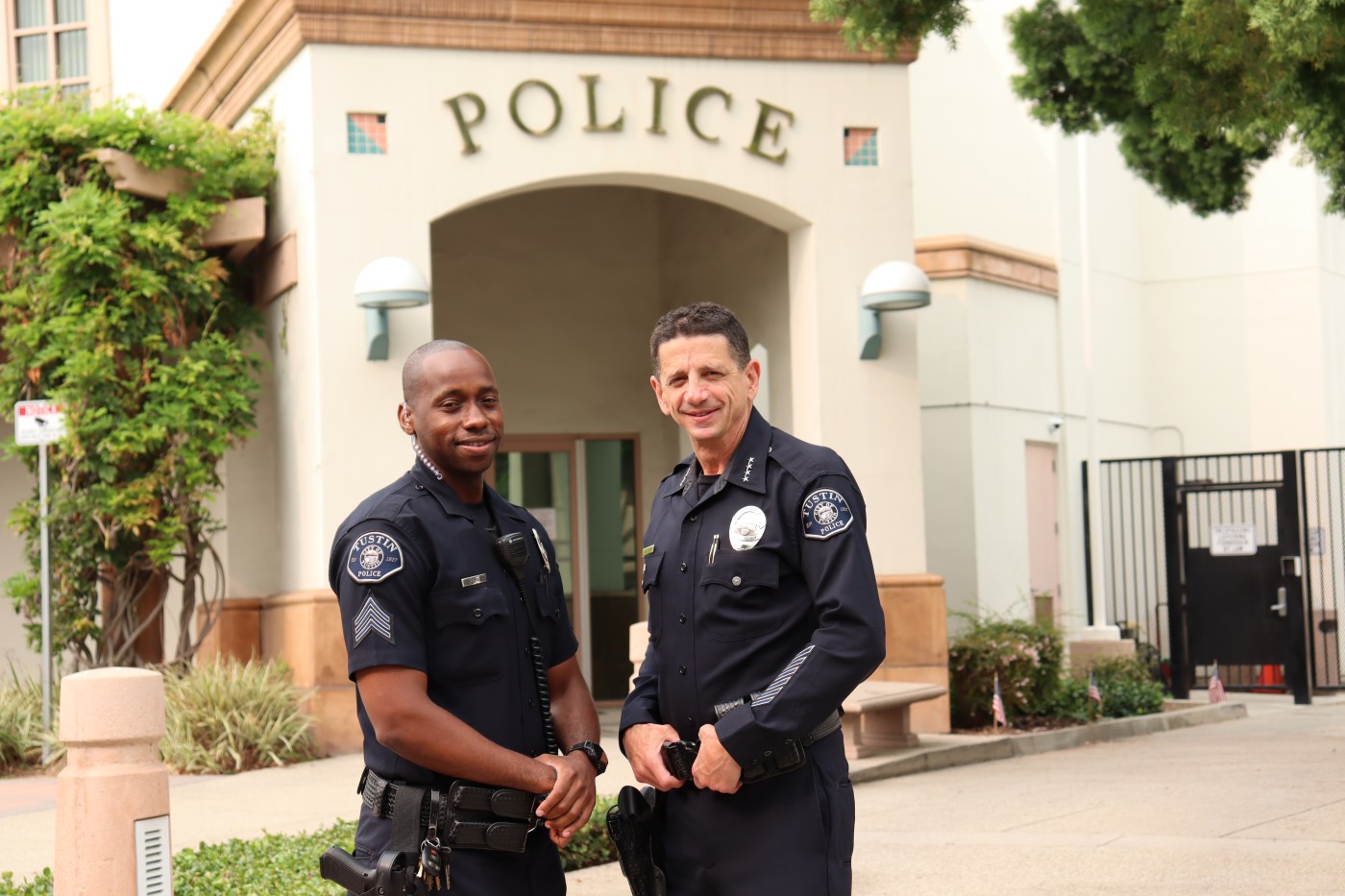 In his cellphone video, the Black man wears a hoodie and a backward baseball cap. Behind him is a placard that reads “Compton.” Somberly, he reflects on the momentous death of George Floyd days before.

Due to “ego and pride,” he surmises, the Minneapolis Police officers involved in Floyd’s death “didn’t want to seem inferior (by) conceding to those around them.”

“They would have taken that as a loss,” he continues. “For that moment in time, they didn’t think about the worst-case scenario and how it would affect their family or their job or even Mr. Floyd.”

After the 10-minute monologue, the video suddenly cuts to the same man – now crisply dressed in a police uniform. A framed photo of a Tustin police car replaces the Compton sign.

He then introduces himself: “I’m Sgt. Robert Nelson.”

The contrast in images might strike some as a lesson in preconceived notions.

Nelson never intended for his video to go beyond his circle of friends and family, much less land on the Tustin Police Department’s social media page. In fact, he wonders aloud if he is breaking protocol by candidly recording his thoughts on racism and police brutality.

“I would love to do this in full uniform,” he tells his viewers. “But because of certain policies, and me sharing my personal opinion, it’s just safer this way.”

But when Tustin Police Chief Stu Greenberg got wind of the video, he not only accepted it, he promoted it.

Greenberg used the video – despite its uncomfortable content – to launch the department’s new online community outreach program, “It Starts With Us.”

“I was completely impressed that Rob was willing to put his neck out there and share, from his own unique perspective, something so important to him,” Greenberg said.

Nelson grew up in Compton, where he still visits his mom frequently. Four years ago, when he was named Tustin Police Department’s “Officer of the Year,” Nelson recalled watching friends join gangs.

“Some of them are still there – and still in gangs,” Nelson said in the 2016 interview. “A lot of my neighborhood friends have died, or they’re in jail.”

Nelson, 34, said he made the video for his “Compton folks” – who, based on both perception and experience, harbor distrust for law enforcement.

“Chief Greenberg texted me, ‘I’m proud of you,’” Nelson said. “I thought, ‘Oh, man.’ I didn’t understand how it got to him so quickly. But he was very complimentary. That means a lot to me.”

High school classmate Craig Woods said that he and Nelson were part of a “core group of friends” who stayed out of trouble by concentrating on education and sports. Even so, Woods said, Nelson – who “always carried himself with old-fashioned, even-keeled dignity” – encountered run-ins with police.

“He was the first of …read more

The 49ers took the field Sunday without nine starters, and another pair might miss the rest of their game against the New York Giants. Tight end Jordan Reed went down with an ankle injury for the 49ers after trying to reel in a pass from Nick Mullens in the back of the end zone. He […]

WALNUT CREEK — The city will pay $4 million to settle a lawsuit filed by the family of Miles Hall, a young Black Walnut Creek resident killed by police officers last year. The settlement will end a lawsuit filed last September by civil rights attorney John Burris on behalf of Hall’s family alleging that officers […]

Oakland A’s senior adviser Sandy Alderson will return to the New York Mets as team president if Steve Cohen’s purchase of the club is approved by Major League Baseball owners. The 72-year-old Alderson joined the A’s organization in 1981 and was general manager from 1983 to 1997. He was the Mets’ general manager from 2010-18 […]