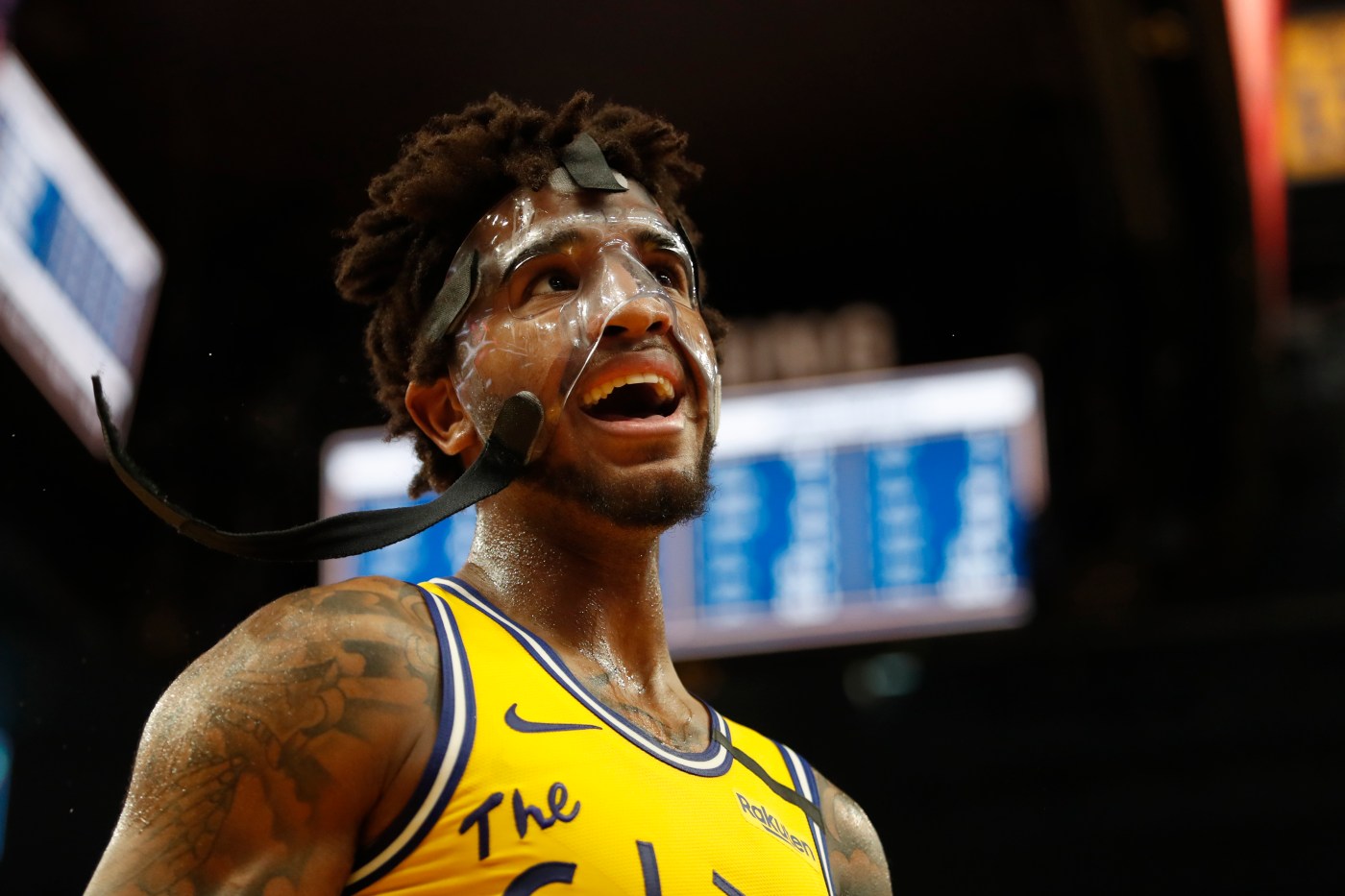 When Marquese Chriss was a freshman at Pleasant Grove High School, he admits now that he didn’t do himself many favors as far as shedding his reputation as a lazy student.

“Being a kid, you don’t really value the importance of school,” Chriss said. “I was just sleeping and not doing so great. But there were a lot of teachers that helped me. There were also some teachers that kind of (criticized) me.”

Now the Warriors starting center, Chriss used the off time since the NBA season was canceled in March to write some of those memories down and record the song “I Remember” with his friend and Sacramento-based rapper 2kkhari.

The promotional single for his first album Tip-Off, “I Remember,” (“As a little kid I used to want all that designer / and now I walk inside the store and I buy anything I wanted”) was recorded in a studio in Sacramento’s Del Paso Heights neighborhood.

Tip-Off, released Oct. 2, clocks in at just more than 29 minutes. Each of the seven songs features 2kkhari laying the groundwork with his rapping and Chriss (who goes by the stage name “Quese”) soaring over with enhanced vocals. The album is available on iTunes and Spotify.

Chriss recently spoke with the Bay Area News Group in a phone interview about the process of recording his first album, writing lyrics and why he decided now was the time to make music.

Have you been wanting to record a song for a while or was this just something to do during the quarantine?

It was just something that I started doing a while ago, probably like my freshman year in college. It was me and two of my teammates just talking and we were talking about starting a singing group just for fun, and we never really did. It just fell through. And then when the quarantine thing started, me and one of my teammates — the same teammate I had been having conversations with about it — we were just like ‘Why not? We already have time.’ He was out here in San Francisco, we’re just hanging out and then we’re at the house and he’s like ‘You want to just start trying to do this?’ and I’m like ‘alright.’ So then we just started making songs at the house and they were OK, but it was more so just fun. I don’t think our first few songs were that great compared to the ones that we have now. It was just something to pass the time (because) we weren’t really doing much. We were just stuck in the house. I started getting more into it.

Then my friend 2kkhari that I’ve known since I was probably in fifth grade — he actually raps. This is what he does for a career and is making a living off of it — we talked to each other like ‘You want to make a song?’ That song (“I Remember”), the way that that happened is …read more

By Justin Sink and Jennifer Jacobs | Bloomberg News WASHINGTON — President Donald Trump made his first public appearance on Saturday since returning from a three-day coronavirus hospitalization, telling supporters at the White House that “through the power of American science and medicine, we will eradicate the China Virus once and for all.” “I want […]

By Scott Bauer | Associated Press MADISON, Wis. — A Wisconsin judge on Monday reimposed an order from Gov. Tony Evers’ administration limiting the number of people who can gather in bars, restaurants and other indoor venues to 25% of capacity. The capacity limits order was issued Oct. 6 by Andrea Palm, secretary of the […]

Both Apple and Google have announced their line of new 5G phones and their approaches couldn’t be more different. Apple’s least expensive new iPhone is the same price as Google’s high-end model, and Apple’s highest- Larry Magid (Gary Reyes / Mercury News) end new iPhone 12 Pro Max ranges in price from about $1,100 to about […]