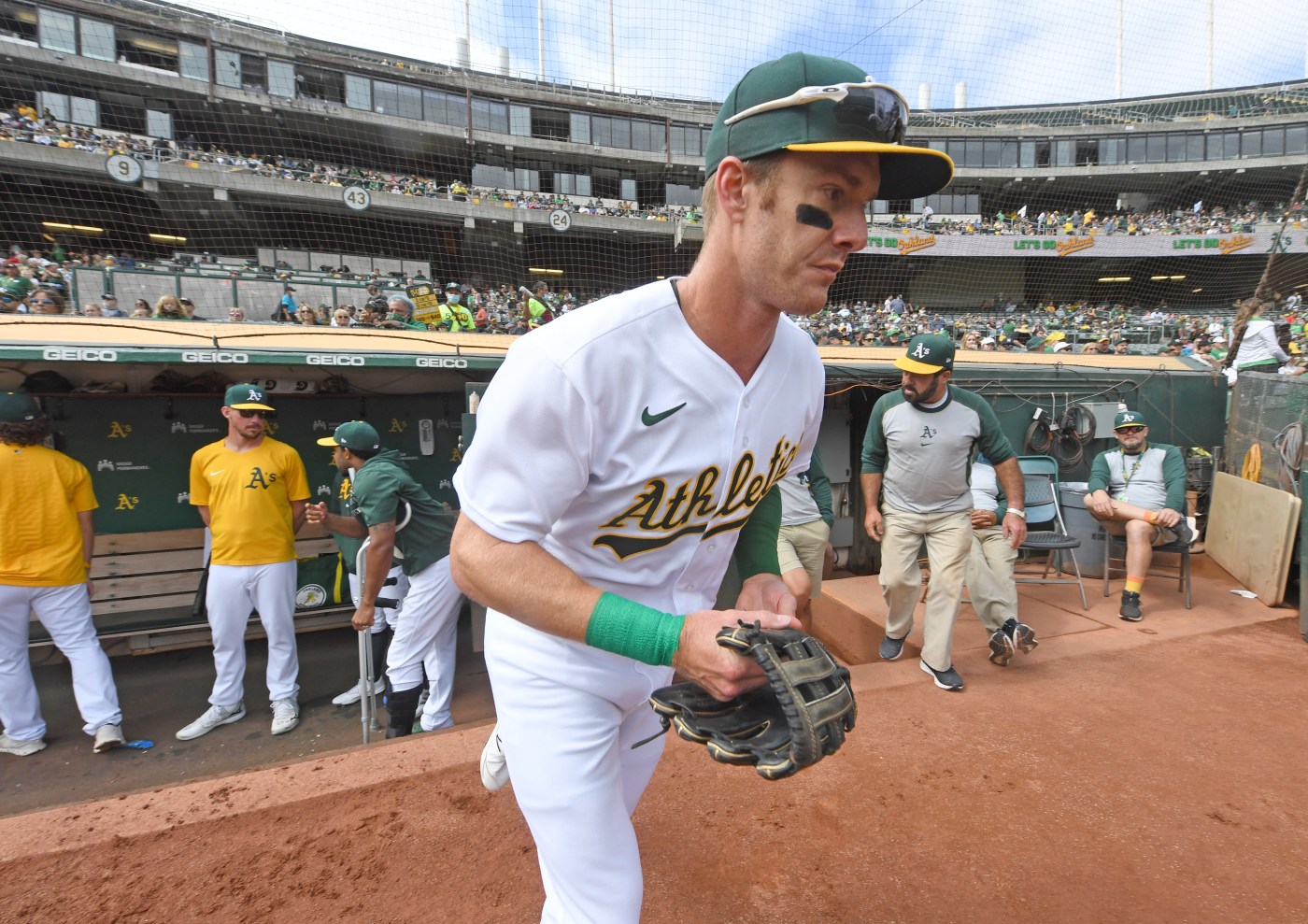 Leaving the A’s will hit Mark Canha harder than any of the other 11 free agents who’ll likely leave Oakland after the team signaled a rebuild is coming this off-season.

Born and raised in San Jose before playing at Cal, Canha signaled he won’t be back in Oakland, where he’s spent his entire seven-year major league career.

“I mean it was really special. We had such a talented and fun group,” Canha said in a foreboding interview on MLB radio Tuesday. “You couldn’t help but have fun as a member of the Oakland A’s the past few years. And Bob Melvin certainly made that easy.

There’s been no indication Canha is close to signing a deal, but it almost assuredly won’t be in Oakland, considering MLB Trade Rumors projects he’ll land a two-year, $24M contract somewhere.

Perhaps Canha could reunite with his old manager and fellow Cal alum Melvin, who left Oakland last month to become San Diego’s new manager? Melvin reportedly is already trying to bring an old friend to San Diego with him. According to The Athletic’s Ken Rosenthal, the A’s granted the Padres permission to interview Ryan Christenson to become Melvin’s bench coach, a role he filled the last four years in Oakland.

It remains to be seen how deep the A’s salary cuts will be, but they won’t be coming near their $89 million payroll of 2021. But the changes coming to Oakland could be severe and painful, especially if the A’s wind up trading the likes of first baseman Matt Olson, third baseman Matt Chapman and starting pitchers Frankie Montas, as rumored.

Canha is the first of the A’s free agents to confirm that coming back to Oakland would be a longshot. FanSided MLB insider Robert Murray reported Canha is drawing serious interest from some West Coast teams. In truth, Canha’s defensive versatility – he plays a solid first base along with all three outfield positions — along with his .344 career on-base percentage makes him desirable to most teams.

Opinion: How to rescue COVID Christmas from the supply-chain Grinch

A single ship carrying 19,100 20-foot shipping containers can haul 156 million pairs of shoes or 300 million tablet computers or 900 million cans of baked beans. What the nearly half million containers worth of goods, waiting on ships outside the ports of Los Angeles and Long Beach, represent is difficult to even grasp. With […]

By Benoit Van Overstraeten, Sudip Kar-Gupta and Tassilio Hummel | Reuters PARIS – France has postponed implementing a COVID-19 vaccination mandate for health workers in Martinique and Guadeloupe after the measure spurred widespread protests on the French territories in which police officers were injured and journalists attacked. The two Caribbean islands have been hit by […]

ARTICLE HIGHLIGHTS Josh Duggar is facing child pornography charges that could land him in prison for decades if he is found guilty. The prosecution warned jurors about the appalling nature of his crimes. In a pre-trial evidentiary hearing, a Duggar family friend revealed more disturbing information about his assault on his sister, Joy-Anna Duggar. Warning: […]