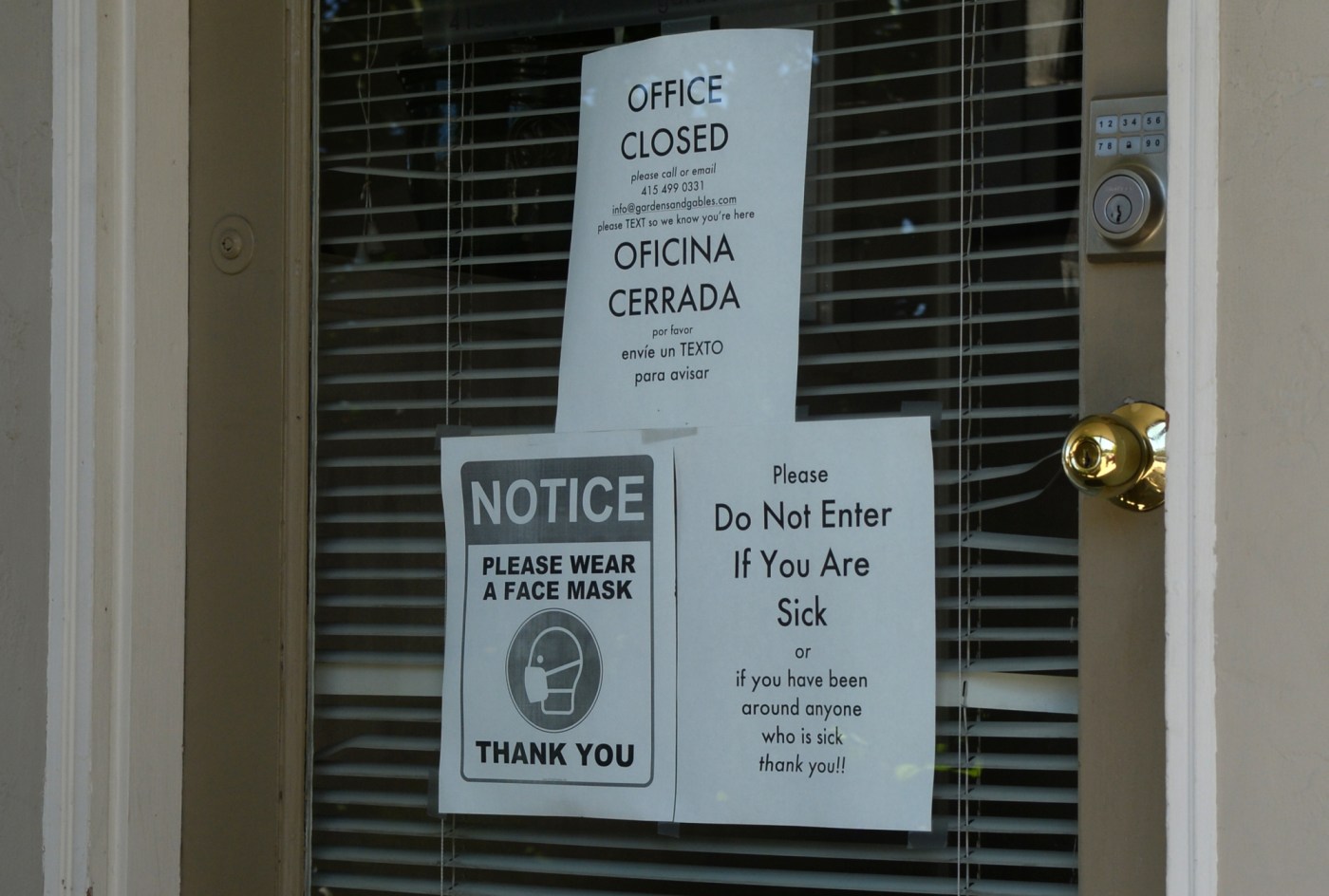 “We’re the only county in the state currently at that level,” said Dr. Matt Willis. “If you look across the nation, there are less than 1% of counties that are in the yellow ‘moderate’ status.”

Willis said the virus transmission status, as tracked by the U.S. Centers for Disease Control and Prevention’s color-coded system, shifted to yellow Tuesday afternoon. Before that it was in the low orange, or “substantial,” tier.

If the county is able to maintain the yellow status for three weeks, Marin could lift its indoor mask mandate for all public places, according to a list of three criteria announced last week by Bay Area public health officials.

The three criteria are: three weeks at the “moderate” transmission level; sustained low COVID-related hospitalizations; and 80% of the entire county population being fully immunized. Marin has already achieved the last two criteria on the list, Willis said.

However, the first criterium of sustained lower transmission will be the most challenging, he said.

“We would expect there might be some wobble back to orange,” he said. If that happens, the clock is reset and Marin would need to start over in calculating the three weeks.

Willis attributed the progress in lowering the virus transmission to the county’s high vaccination rate.

“We’re seeing a slow but steady decline since early August,” he told the county Board of Supervisors at its public meeting Tuesday.

As of Tuesday, 98% of Marin residents age 12 and older have had at least one shot, while 92.3% are fully immunized. Of Marin’s population of 256,317  — including children under 12 who are not yet eligible for the vaccine — 80% are fully vaccinated.

“We have the highest vaccination rate of any county in the state,” Willis said.

The exemptions apply to indoor controlled private membership locations, such as gyms, offices, college classes or religious gathering places that do not serve the general public. The facilities must show proof of 100% vaccination for all members, attendees and students or workers. There are no exemptions for unvaccinated people.

Residents visiting public places such as restaurants, stores or other businesses will still need to wear masks indoors, according to the mandate approved by Bay Area public health officials, Willis said.

Also Tuesday, the county announced that students at Marin schools will no longer need to wear masks outdoors.

Parents who want their children to continue to mask outdoors are welcome to continue the practice, but it is not strongly recommended as it was in the past.

“We are encouraging everyone to be accepting of other people’s risk aversion practices,” Santora said.

‘My Name’: Episode 1 of the K-Drama Was the Perfect Intro to Yoon Ji-Woo

The time has come for Korean drama fans to binge-watch new content. My Name debuted on Netflix on Oct.15 with rising actor Han So-hee in her first crime-thriller action role. The anticipated K-drama has fans and its main cast excited as it centers around a young woman who turns to the dark world of crime […]

‘Dancing With the Stars’ Celebrates ‘Grease’: How Elvis’ Death and the Film Are Linked

‘Demon Slayer: The Hinokami Chronicles’: All the Playable Characters in the Game and How to Unlock Them

Demon Slayer: The Hinokami Chronicles was released on Oct. 15, bringing the popular anime to video game platforms at long last. Fans have eagerly awaited the 3D fighting game, and its arrival means they can battle with their favorite Demon Slayer characters. The story mode chronicles the anime’s first season, which premiered back in 2019. […]