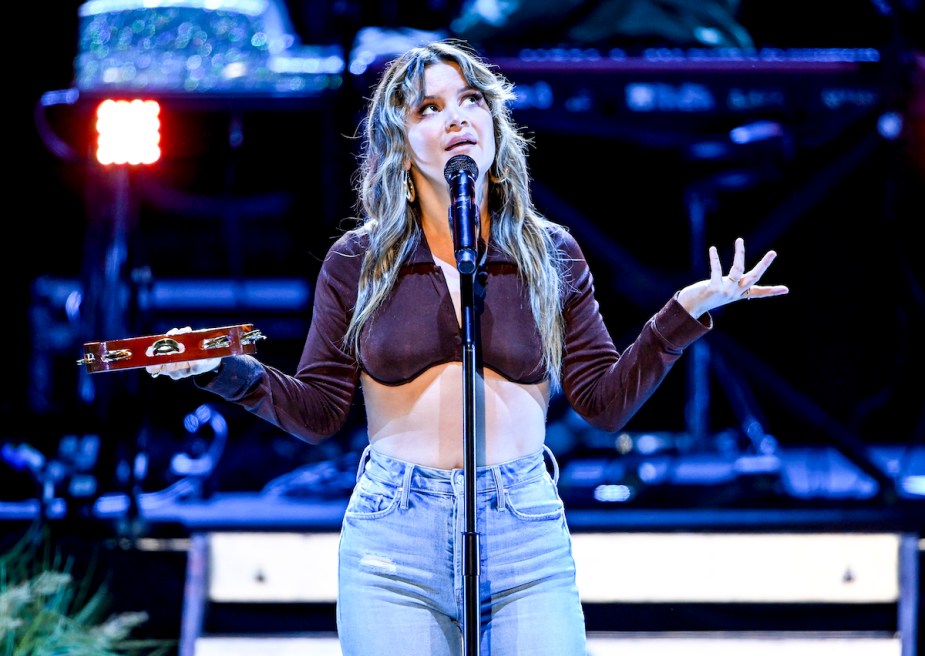 Maren Morris is a professional entertainer. She’s wowed millions of fans with her (mostly) country music style that combines pop, R&B, and hip-hop.

However, even the most seasoned performers can get flummoxed at some point, which happened when the bright lights of Saturday Night Live shone down on the Humble Quest songstress.

Morris had moderate success touring bars and clubs in her native Dallas, Texas. She’d started at age 11 with the blessing of her parents, according to Wide Open Country. In 2005, at age 15, the country superstar released her first album Walk On.

Then she visited her friend Kacey Musgraves, and Morris got serious about country music. She moved to Nashville, was introduced to some heavy hitters in the industry, and wrote a song for Tim McGraw in 2014 called Last Turn Home.

Her breakthrough happened in 2016. Morris’s self-released album Hero sold 2.5 million copies in a month. Columbia Records signed her, and the country music world opened up for Morris.

Even though she had been in the music industry for 11 years by the time she made it to Saturday Night Live, Morris still battled performance anxiety. She was already on tour with Keith Urban to market her successful album when she pivoted to performing on SNL.

She said in an interview with Bobby Bones, “I was performing “’80s Mercedes,” and in the middle of it, I blinked. And you can’t tell if you watched the video. Like, it’s probably two seconds of silence for me. But I completely forgot all my lyrics, and then it came back. I didn’t have a meltdown, but yeah, that’s always going to be around.”

This is coming from the young lady who famously performed nine months pregnant at Rodeo Houston in March 2018 in front of 65,000 fans who witnessed one heck of a performance.

Although part of her breakout album, “’80s Mercedes” is not Morris’ No. 1 hit. “The Middle,” a crossover hit with Zedd and Grey, reached No. 5 on the Billboard Hot 100, showcasing the songwriter’s prowess with non-country fair.

Her most popular hit, according to Billboard, is “The Bones,” which lasted a whopping 19 weeks at No. 1 on the Hot Country Songs charts — pretty remarkable when fans may consider her top songs “Chasing After You,” “Circles Around This Town,” or “My Church” (also from her 2016 album that launched her career).

What’s Morris up to now?

She finishes her Humble Quest tour in October 2022 before taking a break. In January 2023, she goes to Orlando, Florida, where she will be part of a tripleheader alongside Ellie Goulding and En Vogue …read more

I grew up on Tulane Avenue in East Palo Alto, a beautiful, vibrant city of 29,000 by the San Francisco Bay. I was lucky to be surrounded by family and friends to celebrate the ups and navigate the downs in life. Grandma and grandpa lived down the street, my aunties and uncles were around the […]

Tom Brady Reportedly Doesn’t Know ‘What To Do’ About His Marriage to Gisele Bündchen, Sources Say

According to insiders, Tom Brady isn’t sure what to do about his marriage to Gisele Bündchen, as reports have emerged that they’ve been living apart and have hired divorce lawyers. What did sources claim caused a rift between them after more than 13 years of marriage? And have either of them commented on the rumors […]

‘The Amazing Race’: A Look Back on How Derek and Claire Connected During ‘Big Brother’