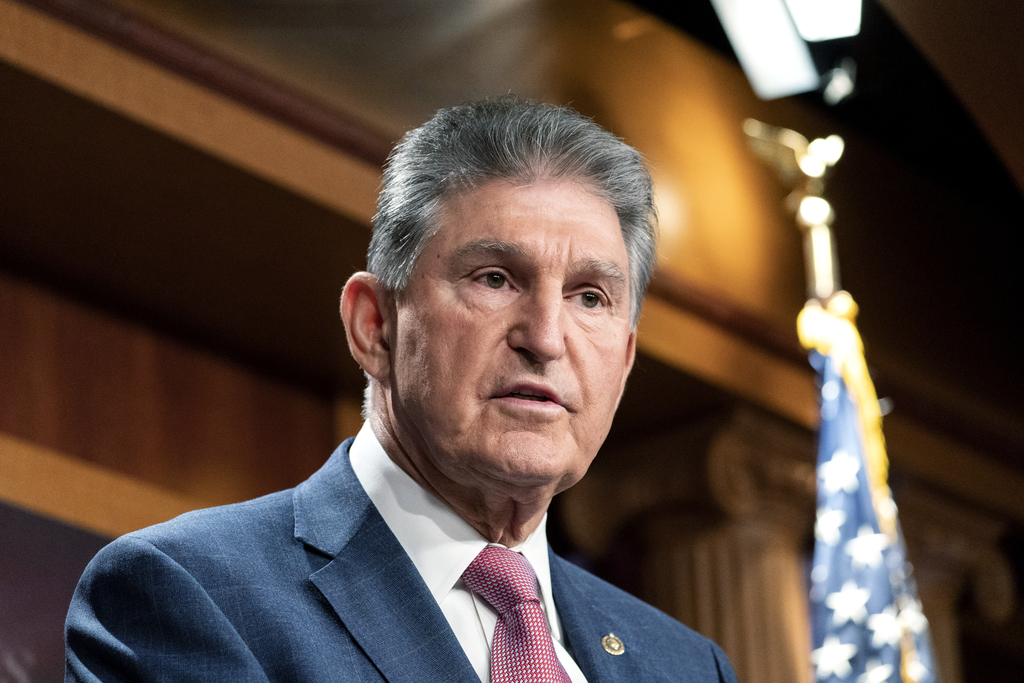 Last month, Sen. Joe Manchin, the West Virginia Democrat who has frustrated much of President Joe Biden’s policy agenda, released a statement confirming what he’d been hinting for weeks. He would not vote for the Build Back Better Act, the Democrats’ $2.2 trillion 10-year plan to address climate change and invest in child care, health care and education. Manchin argued it would increase inflation, harm the electricity grid and hamper national security and was simply just too “mammoth” and “sweeping” to support.

I don’t doubt the political wisdom of Manchin’s pledge to support only what he can explain. I do wonder, though, how he applies his maxim to a far more mammoth, more sweeping piece of the federal budget: the nearly three-quarters of a trillion dollars that we are spending this year on a military that has become the epitome of governmental dysfunction, self-dealing and overspending.

Of course, I’m only kidding. I don’t actually wonder about Manchin’s stance on showering the Department of Defense with more money than it asks for, even more than it seems to know what to do with. Right around the time he was bayoneting Build Back Better, Manchin joined 87 other senators — Democrats and Republicans — in rubber-stamping another gargantuan budget for the Pentagon. They allocated $768 billion for the military in 2022, roughly $24 billion more than the White House requested from Congress.

Given all the challenges we face at home, does it make any sense to keep spending so many hundreds of billions on the Pentagon? And even just in terms of fighting wars, can anyone be satisfied with the way the military is managing its funds? The Pentagon has never passed an audit and says it may not be able to until 2028.

In 2020, the U.S. military’s budget accounted for almost 40% of the world’s military expenditures. This level of spending has long been excessive, but after a pandemic that has claimed the lives of more Americans than any war we fought, continuing to throw money at the military is an act of willful disregard for the most urgent threats we face.

According to a projection by the Congressional Budget Office, Congress is projected to spend about $8.5 trillion for the military over the next decade — about half a trillion more than is budgeted for all nonmilitary discretionary programs combined (a category that includes federal spending on education, public health, scientific research, infrastructure, national parks and forests, environmental protection, law enforcement, courts, tax collection, foreign aid, homeland security and health care for veterans).

You don’t have to be a pacifist to wonder if this imbalance between military and nonmilitary spending makes sense. When we face so many other major challenges — from climate disasters to political instability and insurrection — shouldn’t we ask whether it remains wise to keep handing the military what is effectively a blank check? Are such lavish resources even good for national …read more

‘Married at First Sight’: Olajuwon Fears Katina Will Judge His Past

‘The Legend of Zelda: Breath of the Wild,’ Daruk’s Boulder Breaker and How to Obtain or Repair the Champion’s Weapon

Volcanic tsunamis: Why they are so difficult to predict

The behavior of an earthquake-caused tsunami is familiar – and predictable. A tsunami — like the one threatening the California coast Saturday —  that’s caused by a volcano? That’s a whole different story. In both events, the underlying principal is the same: Water suddenly gets displaced, creating waves. The water has nowhere to go but…away. […]