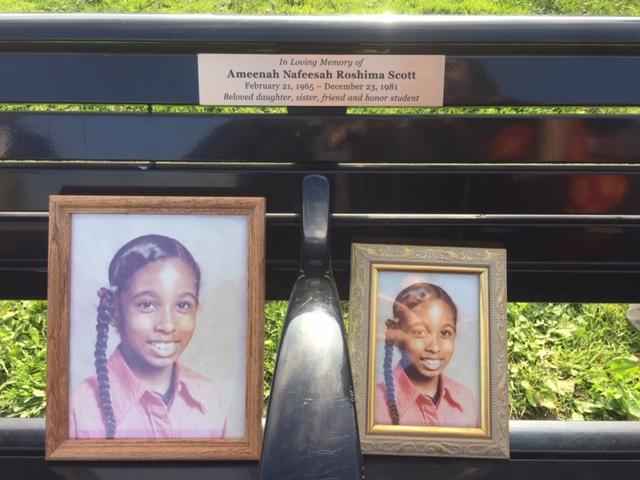 OAKLAND — In a surprising end to the criminal case over the 1981 rape and stabbing death of a 16-year-old honor student, the suspect has pleaded no contest to a single rape charge in exchange for an eight-year prison term.

Jewel Collins, 60, once faced the possibility of death or life without parole in the killing of Ameenah “Meenah” Scott, who was stabbed to death in a West Oakland parking lot more than 40 years ago. Collins was tied to her sexual assault by DNA evidence, and last year a judge ordered him to stand trial on charges of rape and murder with special circumstances.

But earlier this month, Collins pleaded no contest to raping Ameenah and the murder charge was dismissed, court records show. Collins will be formally sentenced on June 29.

Collins was charged in April 2020 and extradited to the Bay Area from Nevada, where he was serving a prison sentence of 25 years to life for sexual assault, authorities said. At his preliminary hearing last year, his attorney argued that the DNA evidence only proved Collins and Ameenah had sex, not that he was guilty of rape or murder.

In an email to this newspaper and various Oakland public officials, Ameenah’s sister, Aisha Scott, wrote that she still holds Collins responsible and felt the DA should have at least been able to prove manslaughter.

“He left her in the dirt at her school to die,” Aisha Scott wrote.

Assistant District Attorney Butch Ford, who prosecuted the case, said he met with Ameenah’s family and carefully went over the evidence with them in advance of the plea deal.

“I make it a point to try and sit down and address all the concerns of our victims’ family members. Unfortunately, I can’t say that every family agrees with my assessment of ‘their’ case,” Ford said in an email. “All I can do, as required, is objectively evaluate the ‘provability’ of each case.  I also will always appreciate and understand why a family wants ‘justice’ to the fullest extent of the law.”

Collins’ attorney declined to comment, through a spokesman for the public defender’s office.

Ameenah was killed sometime after leaving her home in the afternoon of Dec. 23, 1981, a day she spent wrapping Christmas presents with her mother. Her body was found around 8 a.m. Dec. 24 in a parking lot between Lowell Middle School and Lowell Park in West Oakland. When her mother cautioned her about taking a walk that day, Ameenah said, “You worry about me too much. God has me,” this newspaper reported at the time.

The quiet and friendly teen was an honor student at McClymonds High School where she took courses at UC Berkeley on the side. She was particularly interested in mathematics and had plans to go into computer science.  She was so highly thought of by classmates that she received an honorary diploma when her class graduated in 1983.

Her mother, 73, told this newspaper in 2020 her daughter’s killing “really devastated my entire family. When they kill …read more

Prince William and Kate Middleton’s Kids’ Platinum Jubilee Appearances Were a ‘One-Off,’ According to a Commentator

By FARNOUSH AMIRI and LISA MASCARO WASHINGTON (AP) — The House 1/6 committee outlined on Tuesday Donald Trump’s relentless pressure to overturn the 2020 presidential election, aiming to show it led to widespread personal threats on the stewards of American democracy –— election workers and local officials — who fended off the defeated president’s efforts. […]

More than $200,000 worth of stolen Lululemon leggings was found in a La Habra apartment after California Highway Patrol officers served a search warrant last week, authorities said. Investigators with the CHP’s Organized Retail Crime Taskforce were alerted to three large boxes containing Lululemon merchandise, June 6, officials said. The boxes were being shipped from […]