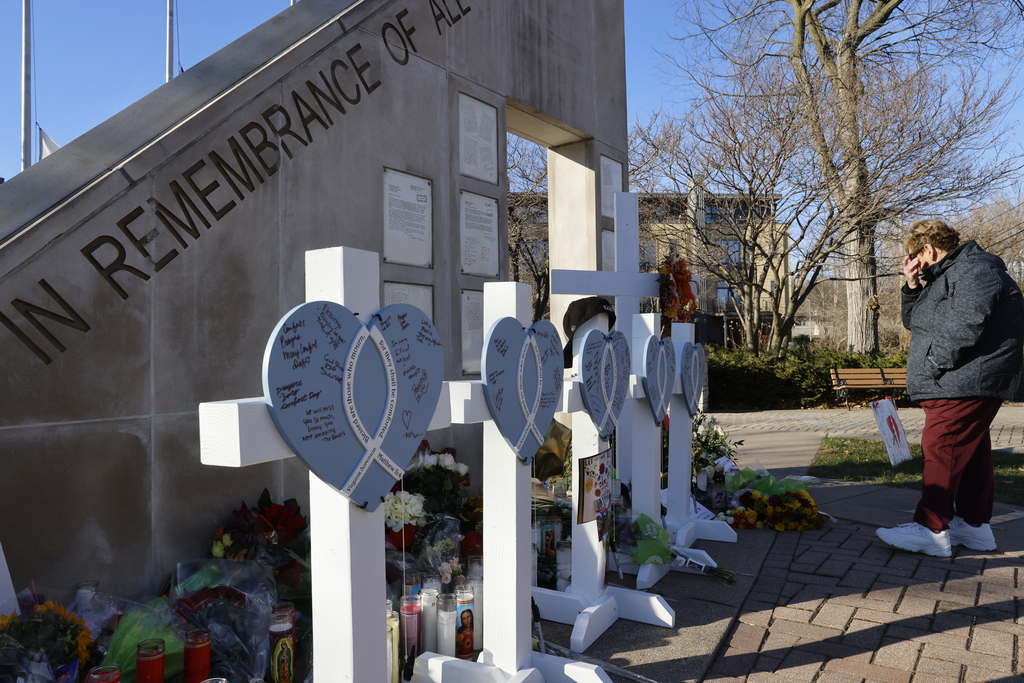 Prosecutors in Wisconsin have charged a man with intentional homicide in the deaths of five people who were killed when an SUV was driven into a Christmas parade.

He made his initial appearance in court Tuesday.

The city’s livestream video and bystander video captured the chaotic scene when an SUV sped along the parade route and then into the crowd. Authorities say 62 people were injured, including many children. Several remain in critical condition.

Brooks had been free on $1,000 bail for a case in Milwaukee County earlier in November in which he’s accused of intentionally striking a woman with his car. Prosecutors said they’re investigating their bail recommendation in that case, calling it inappropriately low.

THIS IS A BREAKING NEWS UPDATE. AP’s earlier story follows below.

The suspect in a Christmas parade crash in suburban Milwaukee that killed five people was due in court Tuesday where five homicide charges were expected to be filed, a crime that can carry the stiffest penalty possible under Wisconsin law — mandatory life in prison.

Other lesser charges were also expected to be filed against Darrell Brooks Jr. related to the roughly 50 additional people who were injured when an SUV barreled through the parade route at a high speed, sending people flying through the air.

Brooks was free on $1,000 bail posted just two days before the deadly event, a fact that is leading to a review of what happened and renewed calls for giving judges more power to set higher bails.

One pending case against Brooks included an allegation that he deliberately hit a woman with his car in early November after a fight. Prosecutors in Milwaukee County on Monday called their bail recommendation “inappropriately low” given the facts of that case and the Sunday crash, and said they would review it.

Julius Kim, a defense attorney and former assistant prosecutor, said the bail could easily have been set more than twice as high.

“He was accused of running over the mother of his kid, and to put it at $1,000 strikes me as low,” Kim said. “It could have been an inexperienced attorney who happened to be reviewing cases that day.”

Waukesha Police Chief Dan Thompson said Brooks, 39, was leaving the scene of a domestic dispute that had taken place just minutes earlier when he drove into the parade route.

Brooks has been charged with crimes more than a dozen times since 1999 and had two outstanding cases against him at the time of the parade disaster. That included resisting or obstructing an officer, reckless endangering, disorderly conduct, bail jumping and battery for the Nov. 2 incident.

Legal experts cautioned that one extreme case should not be a reason to push for higher bail amounts that would keep poorer defendants behind bars longer while they await trial.

“We don’t want to have a kneejerk reaction …read more

Mike Preston: Ravens have only one style of winning, and that’s ugly | COMMENTARY

For most of the season, there was a desire here for the Ravens to get better, gather momentum and head into the playoffs to make a significant run. After watching the Ravens beat the Cleveland Browns, 16-10, on Sunday night, it’s clear they will make some progress in the final month of the season, but […]

We’ve reached section championship weekend across the Bay Area, which means there are only two weekends left after this one until the curtain drops on the 2021 fall season. In this all-for-fun Bay Area News Group high school football picks competition, yours truly has stretched the lead to four games over Evan Webeck and 12 […]