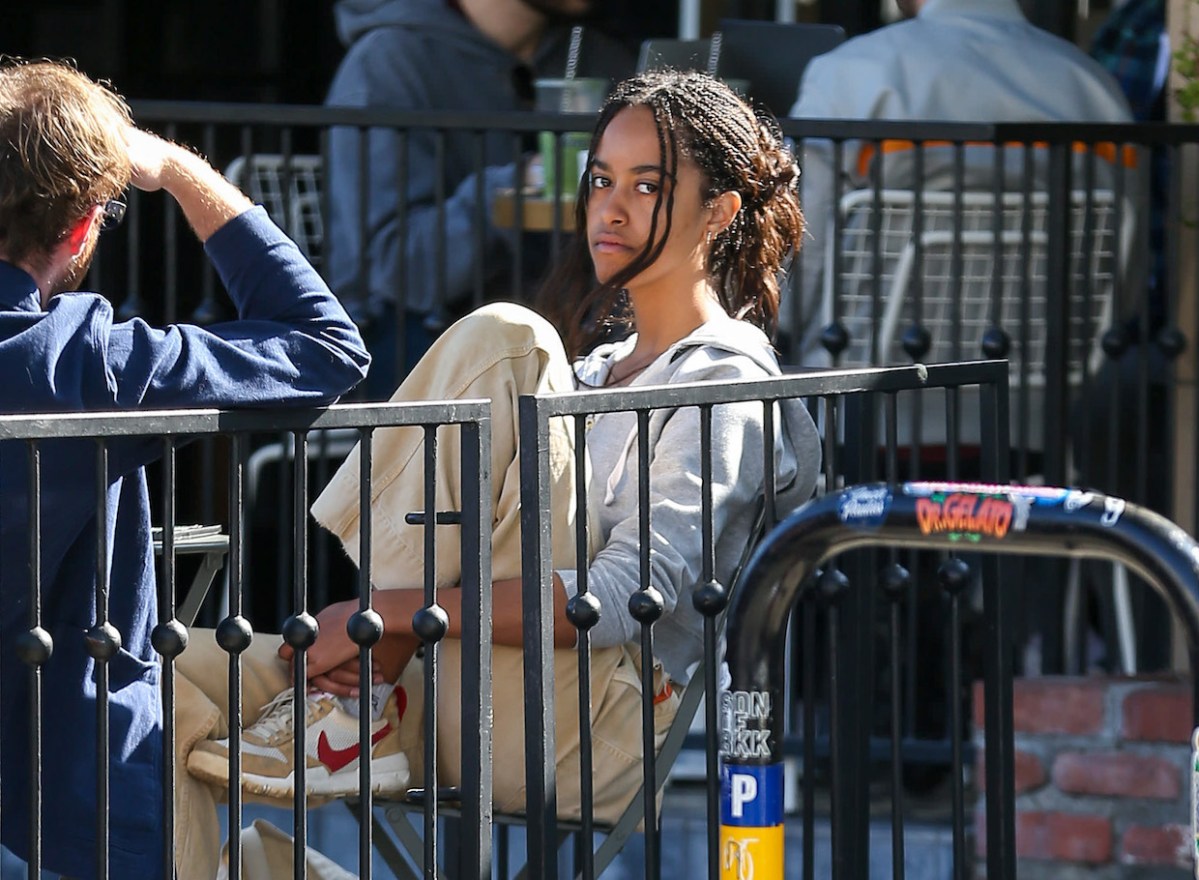 Barack Obama and Michelle Obama’s daughter, Malia Obama, is officially hitting the headlines with a potential new boyfriend. The media spotted her with a man named Dawit Eklund, though they have yet to confirm their romantic relationship. It seems there’s quite an age difference between them, too. So, what is Malia Obama’s age in 2022 compared to Dawit Eklund’s age? Here’s what to know.

Malia Obama might have a new boyfriend. According to Daily Mail, a photographer snapped her in Los Angeles with Dawit Eklund. The pair were photographed as they hit the Los Angeles County Museum of Art, and they were reportedly seen together three times in just nine days. The potential couple was first spotted walking together on July 26, 2022, and again on Aug. 2, 2022.

So, who is Malia Obama’s potential boyfriend, Dawit Eklund? Daily Mail reports he’s the son of retired State Department officer Jon Eklund. Jon Eklund worked at several U.S. embassies in Africa. As for Dawit Eklund’s career, he works in music. The young musician co-founded the record label 1432 R, specializing in Ethiopian music. Much like the Obamas, he’s a registered Democrat.

Daily Mail also notes that Eklund studied at the International Community School in Addis Ababa, Ethiopia, then studied international development in Africa at George Washington University. He has three siblings, and Vogue featured his sister, Sara, for bringing menstrual cups to Ethiopia.

What is Malia Obama’s age? How much older is Dawit Eklund?

Malia Obama’s mystery man’s got her smiling from ear to ear https://t.co/zqIwacSpFl

Malia Obama’s age gap with Dawit Eklund might cause some side-eye from those following the Obama family. Malia Obama turned 24 years old on July 24, 2022, and Dawit Eklund turns 33 years old in 2022. That puts a 9 year age gap between them.

Despite Malia Obama’s younger age, Dawit Eklund is sure to impress Barack and Michelle. The Washington Post reports he launched his record label in 2014 and released nine records by 2016. The record label brings Ethiopian music to the forefront.

“Ethiopian music is super distinct,” Eklund said at the time. “There are only four or five musical scales that they play in; each has its own meaning and attitude and mood.”

“With a new and modern Africa, this sort of exchange levels the playing field: You can take from us, and we can take from you, we’re all on the same planet,” Eklund added “It’s not this charity thing — ‘we need to protect tribal peoples’ — it’s definitely a pride point, it feels really good.”

EXCLUSIVE PHOTOS – Before sunset: Malia Obama shares a kiss with Rory Farquharson as she strolls streets of Paris https://t.co/rSUdZb0jgj pic.twitter.com/CNcU3xqoU6

Former NFL running back Frank Gore violently dragged a naked woman through a hotel hallway in Atlantic City, according to police. Cops said Gore “forcibly” grabbed the 28-year-old woman by her hair and hauled her away, TMZ reported. The incident occurred in the early morning hours of July 31 at the Tropicana Casino and Resort, […]

Sam Fender Proves He Can Open a Beer With Almost Anything

Some celebrities can entertain fans with magic tricks they know. However, others have a feat that does not involve illusions. One of them is none other than Sam Fender. Not only is Fender talented with music, but he can open beer bottles. He mentioned that he could use almost anything to do it. He even […]

Singer Rita Ora and actor and director Taika Waititi have been in a largely private relationship since 2021. Their relationship has moved fast: they were engaged less than a year later, and reportedly married just a few months after that. Rita Ora and Taika Waititi | Samir Hussein/WireImage They quietly got engaged A source close […]