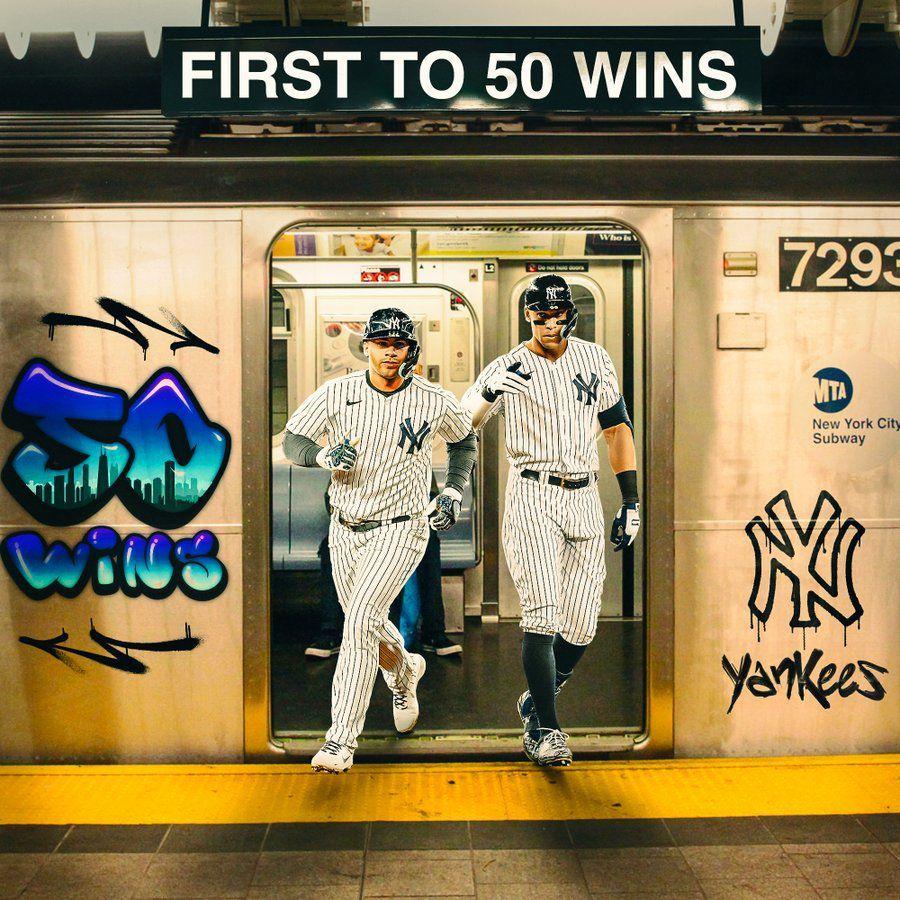 Swing, and a miss.

Major League Baseball tried to jump on the Yankees bandwagon with a mistake-laden tweet deserving of a hearty Bronx cheer.

“Next stop 60,” read the tweet over a picture of sluggers Aaron Judge and Gleyber Torres emerging from a graffiti smeared train. “First to 50 wins,” reads a caption above the photo.

The double-play of a mistake, first spotted by the blog Hell Gate, featured a couple of miscalculations. First, the league did not get the MTA’s permission to use the transit system’s logo.

Second, the train’s not even in New York.

“Major League Baseball knows better,” said MTA spokesman Sean Butler. “Use of the MTA logo goes through a prior approval and licensing process. Had the MLB reached out, we would have pointed out their graphic includes the skyline of Chicago, not New York City, home of literally the two best teams in baseball.”

Actually, it was more like a triple play. Subway graffiti went out with the four-pitch walk.

SACRAMENTO – California lawmakers on Monday finally sent Gov. Gavin Newsom a hot potato of a bill that would bar police from making arrests on a charge of loitering for prostitution, nine months after the measure passed the Legislature. Democratic Sen. Scott Wiener and other supporters said arrests for loitering with the intent to engage […]

(CNN) — Twelve children drank floor sealant that was served instead of milk to students at a summer program in Juneau, Alaska, according to the school district. Children in the program at Sitʼ Eeti Shaanáx̱-Glacier Valley Elementary School began complaining that the milk they were served as part of Tuesday’s breakfast tasted bad and was […]

‘Stranger Things’ Season 4: Sadie Sink is ‘Dying’ to Know What Max Wrote in the Letters from Episode 4

One of the most stressful moments of Stranger Things season 4 came in episode 4. Max (Sadie Sink) was on the run from Vecna (Jamie Campbell Bower), who picked her as his next target. Believing she was going to die, Max wrote several letters to her friends and family. Stranger Things actor Sadie Sink says […]