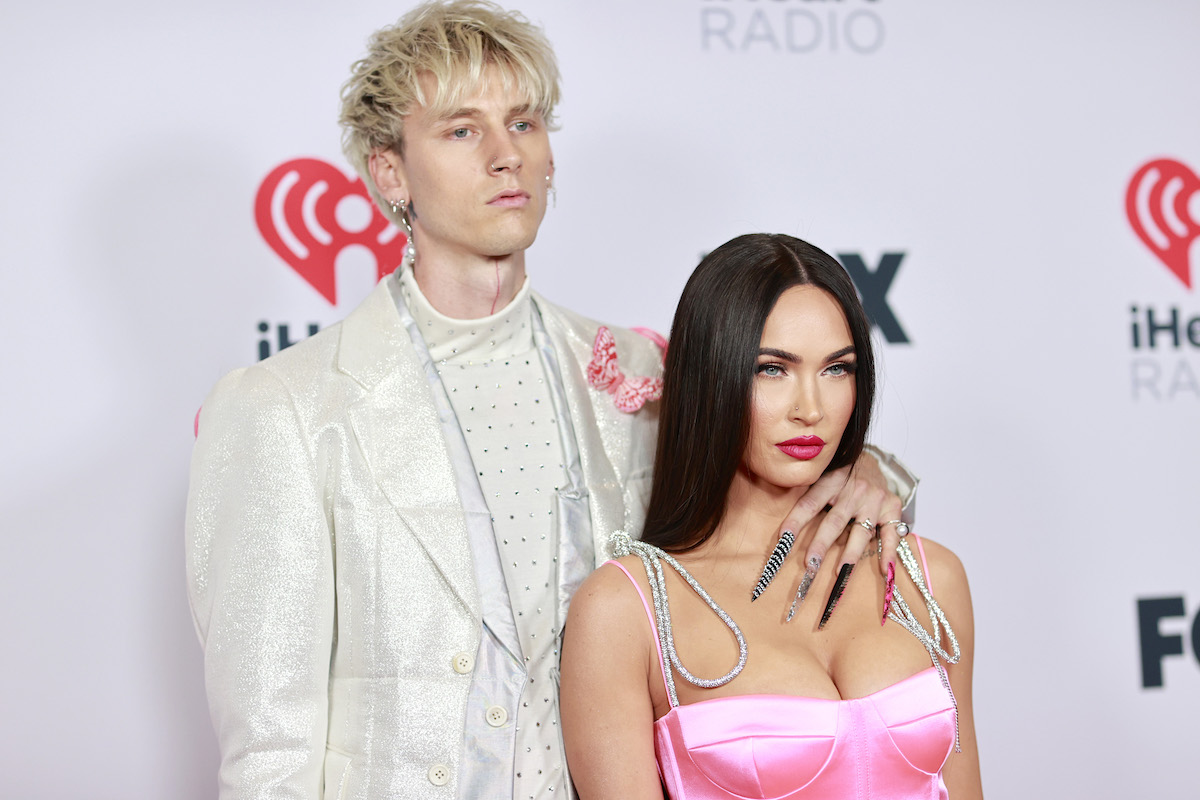 Machine Gun Kelly and Megan Fox are engaged after dating for a year and a half. Here are all the details we know about the proposal, including the stunning diamond and emerald engagement ring.

Machine Gun Kelly proposed to Megan Fox in a special place that has been significant in their relationship. Both stars alluded to a banyan tree in their separate Instagram posts announcing their engagement.

“‘yes, in this life and every life’ ,” Machine Gun Kelly captioned an Instagram video clip of Fox’s hand flashing her engagement ring. He seemed to be quoting Fox’s response when he asked her to marry him. “beneath the same branches we fell in love under, i brought her back to ask her to marry me.”

Fox’s Instagram announcement was a video clip showing Machine Gun Kelly proposing to her underneath a large, twisted tree. She also referenced the tree in her caption.

Machine Gun Kelly has a song called “banyan tree (interlude)” on his 2020 album Tickets to My Downfall. Fox’s voice is distinctly heard speaking on the track.

“That was four months ago, that we were right here, and I met you. That’s not possible,” Fox says in the song.

In Machine Gun Kelly’s Instagram post announcing the engagement, he shared more than just the location of the proposal. He also revealed details of the stunning diamond and emerald ring he gave Fox.

In his Instagram post, Fox’s ring is clearly visible. It features two pear-shaped stones, one diamond and one emerald, on what appears to be a silver or platinum double diamond-encrusted band. According to Hello, the ring could be worth up to $300,000.

The musician revealed the significance of the ring’s design in his caption. He wrote, “i know tradition is one ring, but i designed it with Stephen Webster to be two: the emerald (her birth stone) and the diamond (my birth stone) set on two magnetic bands of thorns that draw together as two halves of the same soul forming the obscure heart that is our love. 1-11-2022 ”

Crash in Fremont leaves one dead

FREMONT – A person was killed in a traffic collision Friday in Fremont, police said. The crash, which involved a gray Volkswagen Passat and a semi-trailer, was reported at about noon near Christy Street and Stewart Avenue, north of Auto Mall Parkway. The male driver of the Volkswagen was pronounced dead at the scene. His […]

Karrueche Tran May Be Dating a Migos Rapper

Chicago Bears Q&A: What are the odds Ryan Pace sticks around? Which free agents will not be back next season? And will Devin Hester get inducted into the Pro Football Hall of Fame?

One game remains in the Chicago Bears’ lackluster 2021 season — and big changes could be ahead for the organization. Brad Biggs answers readers’ questions about the team’s future and more in his weekly Bears mailbag. What do you think the odds are of Ryan Pace staying in the Bears organization in some capacity? — […]