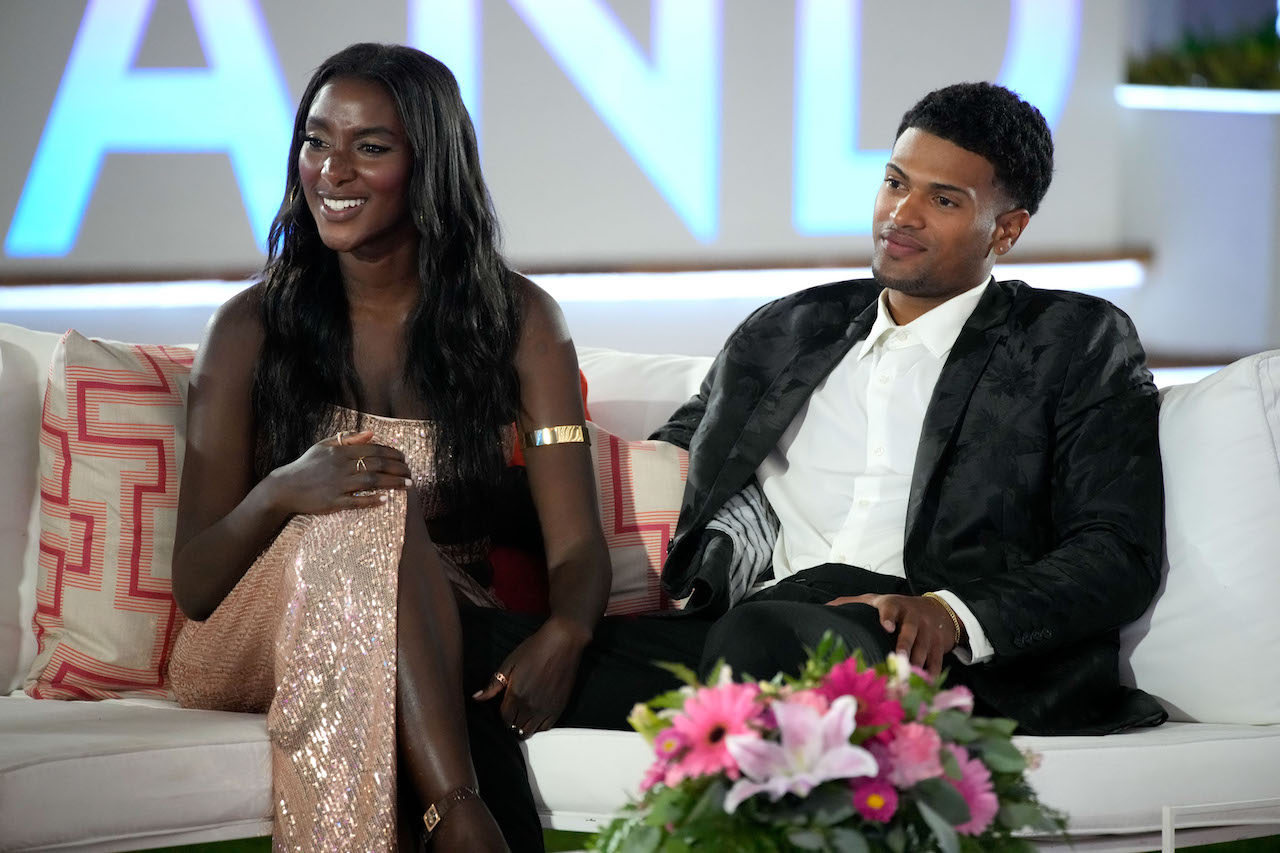 Fans rooted for Zeta Morrison last summer to find love. They got their wish since she instantly connected with Timmy Pandolfi on Love Island USA Season 4. However, things changed once the cameras stopped, according to Zeta.

In the first episode of season 4, Zeta stepped forward for Timmy. They became a couple but had their rocky moments. Bria Bryant was interested in him, and her brother chose her to couple up with Timmy. Zeta paired up with newcomer Jeff Christian.

However, Zeta wasn’t separated from Timmy for long. They reunited and stayed together for the rest of the season.  In the finale, they were crowned the winners.

Sadly, the couple wasn’t able to last. Zeta revealed in an interview with Murad Merali that they broke up, and the signs that something was wrong popped up immediately after the show.

“So in the villa, we were very, very lovey,” she said. “Everybody saw that. We had such a connection, such a powerful connection that shouldn’t be broken. And I felt that in there as well. And then, when we came out, immediately, the foundation that we were about to set was already rocky. It started out rocky.”

The blogger said he had plans to go to New York with his roommate, who drove to pick him up. She claims she was OK with that plan but found it strange he didn’t offer her the chance to go with them.

She rode the train with other cast members and noticed they were texting their partners. That wasn’t the case for her. Zeta figured Timmy needed space after being together nonstop in the villa.

‘Love Island USA’: Timmy Thinks Zeta Is ‘the One’

‘Love Island USA’: How Much Does Production Affect the Show? Islanders Speak Out

Zeta offered to drive Timmy to the airport for his flight to New York. “He just like dodged it,” she claimed. “Yeah, he was like, ‘Yeah, you can take me to the airport.’”

But then the personal trainer claimed he was leaving early. Zeta was still OK with driving him. Then he said he’ll change to a later flight because he was tired. He texted her when he was at the airport the next morning and claimed he decided he could go at his original time.

“So I’m like, why can’t I take you to the airport?” she asked. “That’s a nice thing. That’s a kind gesture. But again, guess he wanted his roommate to take him. Him and his roommate are very, very close.”

Once he was in New …read more

You will not believe the video that was released Friday night showing Memphis police officers beating – ultimately to death — a young Black man. I don’t really mean that, of course. If you live in the U.S., and participate in society, you likely have no difficulty believing that a gang of violent police officers […]

The Yankees have some young talent on the cusp of making big-league contributions. On Thursday Night, MLB Pipeline released its annual Top-100 prospect list that featured three Bombers. Brian Cashman and company have cited the upcoming talent in their farm system as reasons for passing on elite shortstop free agents with glaring holes at the […]