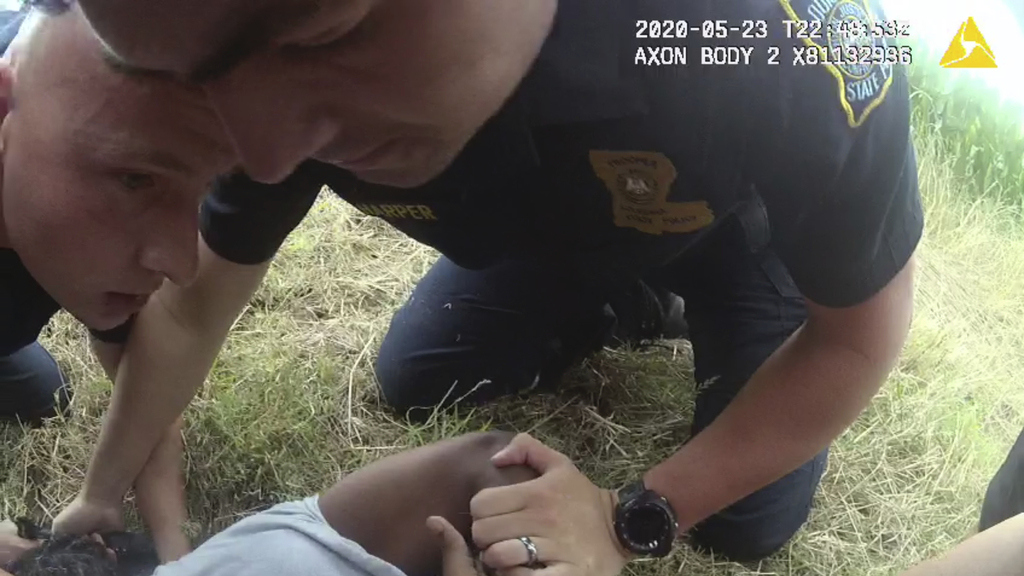 BATON ROUGE, La. — The same Louisiana State Police unit whose troopers stunned, punched and dragged Ronald Greene on video during a deadly 2019 arrest is now under internal investigation by a secret panel over whether its officers are systematically targeting Black motorists for abuse.

The panel, whose existence was confirmed to The Associated Press by four people familiar with it, was set up in response to Greene’s death as well as three other violent stops of Black men: one who was punched, stunned and hoisted to his feet by his hair braids in a body-camera video obtained by the AP, another who was beaten after he was handcuffed, and yet another who was slammed 18 times with a flashlight.

“Every time I told him to stop he’d hit me again,” said Aaron Bowman, whose flashlight pummeling left him with three broken ribs, a broken jaw, a broken wrist and a gash to his head that required six staples to close. “I don’t want to see this happen to nobody — not to my worst enemy.”

The panel began working a few weeks ago to review thousands of body-camera videos over the past two years involving as many as a dozen white troopers, at least four of whom were involved in Greene’s arrest.

The review is focused on Louisiana State Police Troop F, a 66-officer unit that patrols a sprawling territory in the northeastern part of the state and has become notorious in recent years for alleged acts of brutality that have resulted in felony charges against some of its troopers.

“You’d be naïve to think it’s limited to two or three instances. That’s why you’re seeing this audit, which is a substantial undertaking by any agency,” said Rafael Goyeneche, a former prosecutor who is president of the Metropolitan Crime Commission, a New Orleans-based watchdog group. “They’ve got to identify these people and remove them from the organization.”

Other than the federal civil rights investigation into Greene’s death, the state police panel is the only known inquiry into possible systemic abuse and racism by its troopers.

Its seven members, drawn from officials from across the State Police, are not only scouring the videos for signs of excessive force, the people told the AP, but also examining whether troopers showed racist tendencies in their traffic stops and pursuits, and whether they mislabeled body-camera videos, turned off their cameras or used other means to hide evidence from internal investigators.

It’s not clear if the panel has a deadline or if it plans to expand the inquiry to the eight other troops in the 1,200-officer state police.

The State Police did not immediately respond to a request for comment.

Secrecy has permeated the Greene case from the beginning.

Soon after Greene’s May 10, 2019, death, troopers told his relatives he died in a crash following a chase on a rural road near Monroe. Later, State Police issued a one-page statement saying that troopers struggled with Greene during his arrest and that he died on the …read more

Submit your letter to the editor via this form. Read more Letters to the Editor. A few changes could help center nation My wife and I watched PBS’s “National Memorial Day Concert.” It wasn’t just a songfest. Rather it told stories of individuals and their families who gave all that they could in the face […]

SAN JOSE — Courtni Thompson jumped, twirled and pumped her fist. She looked to the Pinewood bench, and her teammates roared back at her. The Panthers’ senior star, who had been held scoreless through the first three quarters, sank her first 3-pointer to pull Pinewood within 2. Then she did it again. Once Maia Garcia […]