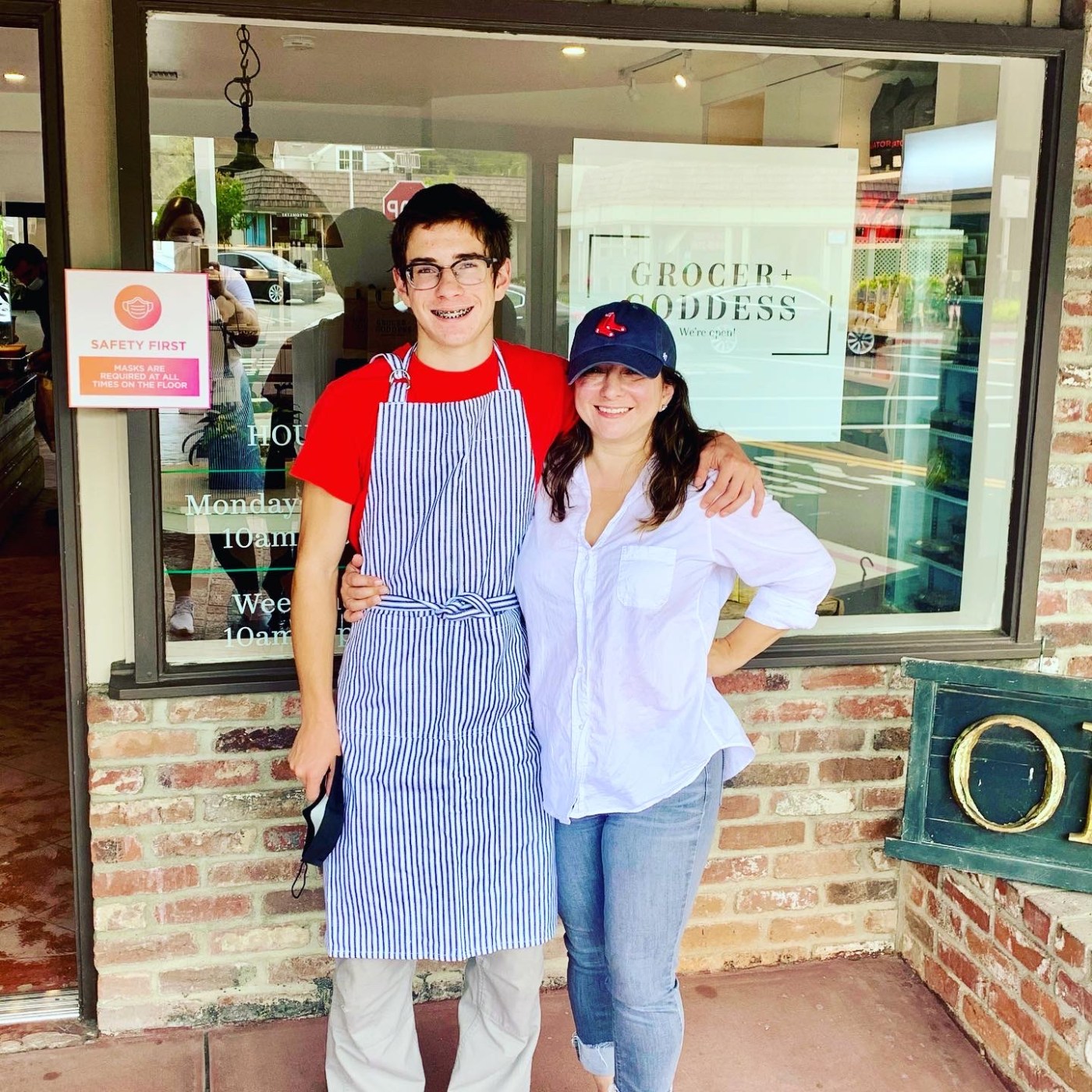 Yvonne Khananis was drawing on a memory from her native city when she opened a specialty food market in downtown Los Gatos. She took the name of her new business from The Goddess and Grocer, a place in Chicago started by a woman she much admired.

“She owned multiple restaurants in a four-block radius,” Khananis says. “I just loved her concept and food, so I switched it up, thinking the name would resonate with Los Gatos residents. I am paying homage to my roots and how I felt when I first saw it.”

Khananis has been in the food service business for over 25 years, opening restaurants, starting a catering company and now this, her latest passion project.

“Food was my reprieve during childhood; it saved me,” she says. “I have been cooking since I was 4. My grandmother took care of me and taught me how to cook Middle Eastern dishes. It was her way of showing that she loved me.”

She moved to LA in 1996 to work for several catering companies and eventually for a private chef service, where she met her future husband. After 9/11, the couple decided to move back to Chicago and get married. Her Mom was working for the Chicago Police Department at the time.

Khananis opened her first restaurant there in 2002.

“It was a breakfast place in Lincoln Square. It was so popular, people started asking me to do dinner service.”

After the landlord tripled her rent, customers and her alderman went to bat for her, finding her another location where she stayed for three years before moving to California after finding out her husband was a bigamist.

After she divorced, a friend who encouraged her to move Northern California. She landed in Los Gatos, pretty much broke. Thanks to her mother’s gift of a debit card, she founded Reverence Catering, a business that was going gangbusters until the pandemic hit last March.

“Netflix had just come aboard as a client, and then suddenly, I had to let all but two of my 24 employees go,” Khananis recalls.

Khananis signed a lease for Grocer + Goddess in September, built it out and opened in October, offering gourmet comfort foods, kitchen supplies and gifts for the culinary minded.

The debate on whether the Warriors should have selected James Wiseman or LaMelo Ball with the No. 2 pick in November’s NBA Draft has raged all season, and but with Ball dropping 30 points last night against Portland and averaging 23.4 points, 7.6 assists, and 5.6 rebounds per game over his last five contests for […]

COVID & Preps: Referees part of the complex puzzle to get the games going

A text message from a man in charge of assigning high school officials interrupted Leo Lopoz, East Bay Athletic League commissioner, just as he was discussing the complexities of finding enough referees now that outdoor youth sports have been approved to return. “He’s right now begging for a schedule,” Lopoz said Wednesday night. In the […]