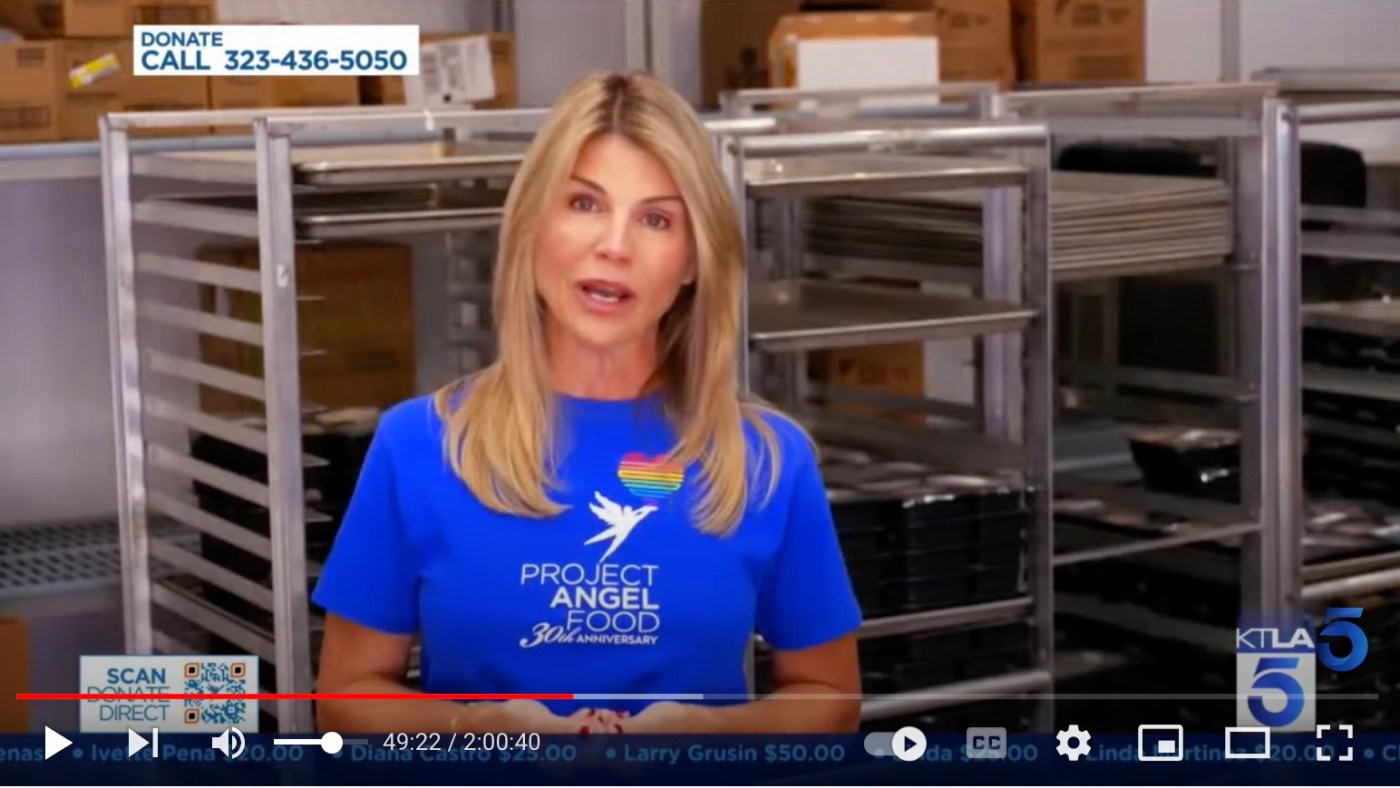 It’s safe to say that Lori Loughlin has enjoyed a relatively soft landing since her release from federal prison in December 2020, following her conviction for her role in the Varsity Blues college admissions scandal.

Unlike other former federal prisoners, who struggle to find housing and face high rates of unemployment, the former “Full House” actor was able to return to not one, but two, luxury homes in Los Angeles and Palm Springs, and take vacations to posh resorts in Mexico.

And on Thursday, it was announced that Loughlin has landed a new starring role in an uplifting family TV movie, with her network boss saying, “she’s America’s sweetheart, regardless of whatever happened.”

Loughlin, who has not led a TV film for Hallmark or any other network since 2018, will star in “Fall Into Winter,” a romantic comedy airing in January for the Great American Family network. Bill Abbott, the CEO for the network, previously worked with Loughlin when he was CEO of Hallmark Media, and the actor starred in Hallmark’s “Garage Sale Mystery” films and its show, “When Calls the Heart.”

In announcing the new movie, Abbott hailed Loughlin in a press release as “a genre-defining star” whom he has had “the honor to call a close friend and collaborator for more than 15 years.” He also said, “We have a shared vision for creating meaningful and memorable movies that resonate with our passionate fans, and I look forward to welcoming her back to Great American Family to anchor our 2023 winter programming slate.”

Hallmark cut ties with Loughlin after she and her husband, Mossimo Giannulli, were arrested in 2019 and subsequently charged and convicted for their part in the nationwide college admissions scandal. Loughlin and Giannulli paid $500,000 in bribes to the scheme’s mastermind, William “Rick” Singer, to get their underqualified daughters, Olivia Jade and Isabella, fraudulently admitted to the University of Southern California on the pretense of being talented crew team athletes.

After spending more than a year protesting their innocence and claiming they were the victims of malicious prosecution, Loughlin and Giannulli pled guilty in 2020. Loughlin apologized to the court for her “awful decision” to help her daughters gain an “unfair advantage” in the competitive college admissions process.

Before sentencing Loughlin to two months in federal prison, which she served at the Dublin Federal Correctional Institution, Judge Nathaniel Gorton castigated the actor for her “avarice” and for not being satisfied with her already “charmed life.”

Despite’s Gorton’s view of Loughlin, Abbott praised his friend. In an interview with Variety, Abbott said “at the end of the day, she represents all that is positive about entertainment.” He also argued that she’s had a “stellar career — not only on screen, but also the way she’s conducted herself personally, in terms of being someone who has a track record of doing the right thing in the world at large, aside from whatever happened.”

Loughlin’s “track record,” of course, also includes her time being prosecuted by the U.S. Justice Department, but Abbott said, “I don’t …read more

It’s Jimmy G. time again. Trey Lance fractured his right ankle in the first quarter of the 49ers’ home-opening win over the Seahawks, and the upstart quarterback required a cart to take him into the locker room for further evaluation. Coach Kyle Shanahan confirmed after the game that Lance had broken his ankle and would require season-ending […]

Drummer Ringo Starr | Chris McKay/Getty Images Ringo Starr has always been more than just The Beatles’ drummer When he joined Ringo Starr is one of the most famous drummers in rock ‘n’ roll history. He convinced Paul McCartney he was the perfect drummer for The Beatles when he nailed a complicated drum part, and […]

The Orlando Magic unveiled their newest Statement Edition uniforms, which feature a pair of Magic classics: stars and pinstripes. The uniform, which was released Thursday, features black pinstripes on top of the team’s primary blue color — a tribute to “fan-favorite moments created by Magic legends,” according to the team. The black star pattern along […]