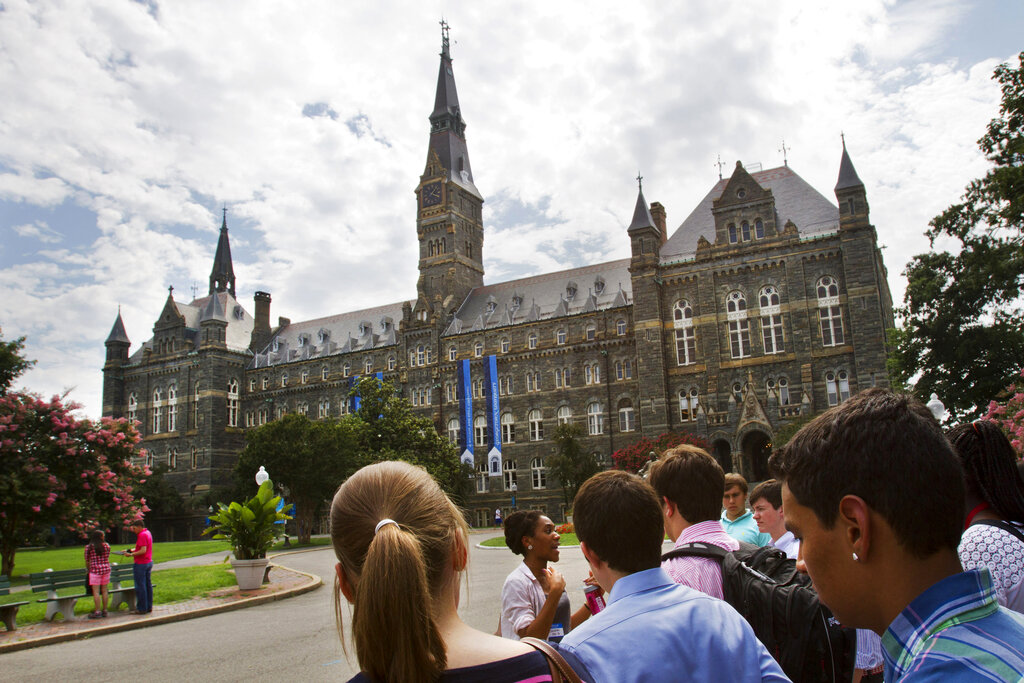 BOSTON (AP) — A father was acquitted Thursday of charges that he paid off a Georgetown University tennis coach to get his daughter into the school in the final trial linked to the explosive college admissions bribery scandal.

Amin Khoury’s case is the 57th stemming from the Operation Varsity Blues investigation — which rocked the world of higher education and collegiate sports — to come to a conclusion, and the only one to end in an acquittal at trial.

Khoury was not found guilty by jurors on all counts stemming from accusations that he bribed then-Georgetown tennis coach Gordon Ernst with cash in a brown paper bag in exchange for his daughter’s recruitment to the team.

Khoury’s attorneys argued the daughter was properly admitted to the school, which they said routinely treated the kids of parents with deep pockets favorably in admissions. They painted the government’s star witness as a liar who made up the story to save himself from potential tax crimes.

An attorney for Khoury said the government’s case was seriously damaged by the testimony of Khoury’s daughter, who told jurors she didn’t know anything about the payment to Ernst and wasn’t involved in any kind of fraud.

“They accused her of being part of it. And it was totally false,” attorney Roy Black said after the jury announced its verdict.

Massachusetts U.S. Attorney Rachael Rollins said prosecutors are disappointed and believe “that the conduct and facts in this case warranted Mr. Khoury’s prosecution.”

“Despite today’s verdict, this investigation, as well as the dozens of successful ‘Varsity Blues’ prosecutions, have resulted in enormous and systemic changes in the college admissions process,” Rollins said in an emailed statement. “These cases writ large have exposed the disturbing, improper, and inequitable role that wealth and privilege can play in distorting a system that is supposed to be merit-based.”

Unlike dozens of wealthy parents convicted in the college cheating scandal involving elite universities across the country, Khoury wasn’t accused of working with admissions consultant Rick Singer, who used his sham charity to funnel bribes to coaches and others.

Instead, authorities said, Khoury used a friend from his college days at Brown University to pass money to Ernst. Khoury, the middleman and Ernst all played tennis at Brown, and the deal came together while the three of them were at a reunion for the school, prosecutors said.

The defense argued that the money was a gift to Ernst, who at the time was struggling financially because the construction of a new athletic center meant he was no longer able to use the school’s tennis courts to run private summer camps and supplement his income.

“What did the Georgetown family do for him? They did nothing,” Black told jurors during his closing argument. “They abandoned him. The only family that helped him was the Khoury family, and they want to turn that into a crime.”

Eighty-nine days before the Chicago Bears kick off the regular season against the San Francisco 49ers at Soldier Field, quarterback Justin Fields was asked if he was itching for the season to start, if his eagerness to test his growth and see the team’s new-look offense in action was eroding his patience. Fields just chuckled. […]

Two weeks after news that super couple Michael B. Jordan and Lori Harvey had broken up, the actor has eliminated all traces of her and their relationship from his Instagram, Page Six reports. With this move, a reportedly “heartbroken” Jordan, 35, has made it publicly known that he knows it’s over with the “special” woman […]

Lending new meaning to the phrase “love thy neighbor,” Bay Area churches are turning their parking lots, backyards and other bits of unused land into tiny homes for the homeless members of their communities. And one local nonprofit has made it its mission to help. Firm Foundation Community Housing, co-founded by a Presbyterian pastor, walks […]