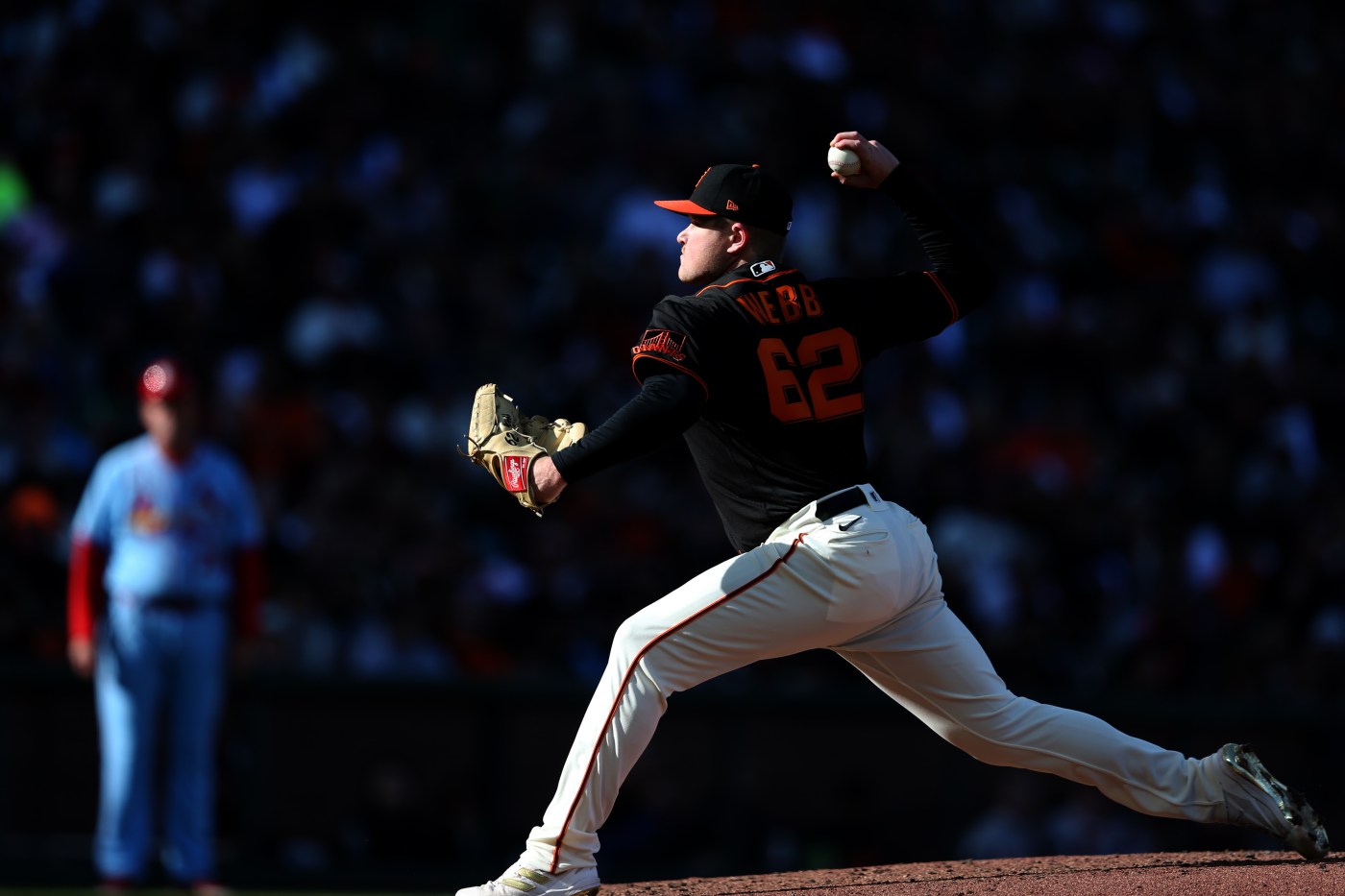 Logan Webb and the San Francisco Giants are on a fact-finding mission.

Webb, in a recent interview with the Bay Area News Group, was hesitant to divulge many details.

“We’re finding some good stuff,” said Webb, who gets the ball Friday to open the Giants’ series in St. Louis. “I kind of want to keep that in between us.”

His past four starts have looked nothing like his final 20 of last season. Or his first two this year. Or spring training, when he looked ready to build on his magnificent second half of last season.

“I think he’s responded well, particularly mentally,” manager Gabe Kapler said. “He hasn’t felt at his best physically for a portion of the season, but he understands it’s a great opportunity to just compete. Also, it’s a good opportunity for our coaching staff to help him feel physically strong.”

That is what Webb and pitching coach Andrew Bailey and several others inside the Giants have been tasked with discovering: what has changed? Is this a blip over the course of 162 games or a sign the league has wised up to Webb’s ways? And how can they fix it?

The workload: One thing on people’s minds when the lockout lifted and players reported for spring training was how the condensed camp would impact pitchers’ ability to stretch out their arms. By all accounts, those concerns have played out during the first month of this season, with more players landing on the injured list and, still, few pitchers completing six or more innings.

But Webb seemed as prepared as any to counter that challenge, drawing plaudits for arriving at camp with multiple bullpen sessions under his belt. He was the first Giants pitcher to take down multiple innings in the spring, then translated that to the regular season with brilliant outings in his first two starts.

Webb twirled six innings on Opening Day, then became the first pitcher in baseball to complete eight innings in his next start. He didn’t allow more than a run in either start. By all indications, the pitcher Webb was for the second half of last season was the same one the Giants would get in his first full season leading the staff.

But if those early outings looked good, they possibly had a detrimental effect.

Webb admits, the workload caught up to him after his first two starts.

“The eight innings and the long road trip, I was a little tired after that,” he said, noting that the fatigue could be playing a part in changes to his mechanics from last season that Bailey and others have been scouring video to identify.

Webb’s dominance during the pennant race and into the playoffs last season made it easy to forget he had never spent a full season on a big league pitching staff. It was also easy …read more

Miranda Hobbes and Carrie Bradshaw | Mark Mainz/Getty Images In one alternate ending, Carrie returns to New York to tell  Sex and the City fans watched on as Mr. Big finally picked Carrie Bradshaw in the series finale way back in 2004. The overly romantic moment in Paris is what many fans wanted to see. The […]

Jeremy Ebobisse scored two second half goals and moved into a four-way tie for the MLS lead with seven on the season, but the San Jose Earthquakes couldn’t hold a pair of late leads and ended Saturday’s match against the Vancouver Whitecaps with a 3-3 draw at BC Place. After a scoreless first half, Lucas […]

EAST PALO ALTO – One person was killed and three others were injured in a shooting Tuesday night in East Palo Alto, police said. The shooting was reported just after 6 p.m. at Jack Farrell Park on the 2500 block of Fordham Street, said East Palo Alto Interim Police Chief Jeff Liu in a news […]