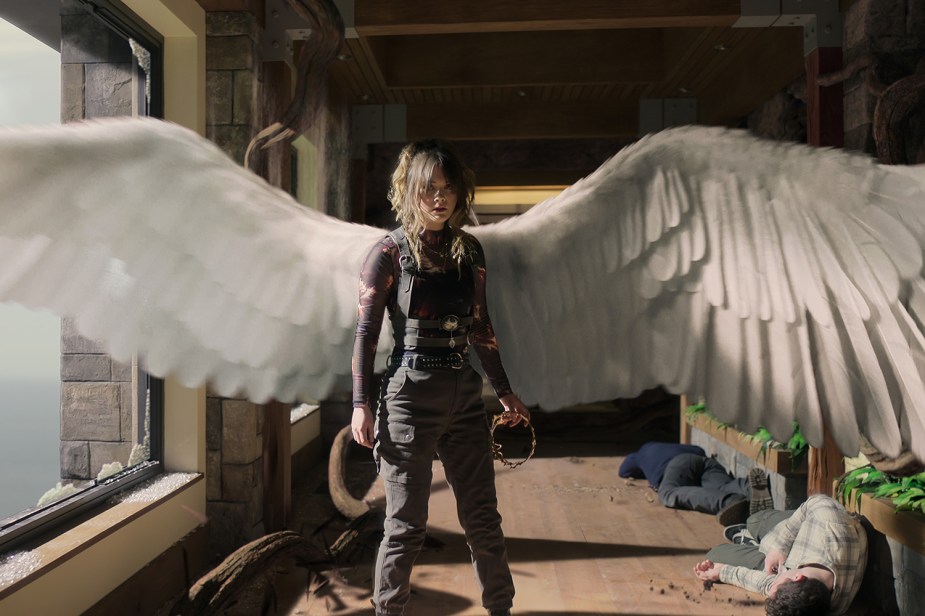 It’s almost time to unlock the final chapter of Locke & Key. We’re less than a week away from Locke & Key Season 3’s release on Netflix, and fans couldn’t be more excited to visit the Locke family in Matheson, Massachusetts, once again. But before we dive into the show’s epic conclusion, there are quite a few important things to remember from the previous season. Here’s a recap of Locke & Key Season 2.

It’s bad news for Ginsey fans: Kinsey Locke’s (Emilia Jones) boyfriend, Gabe (Griffin Gluck), was never really a person. Remember how he showed up out of the blue in season 1? And then the season 1 finale showed the demon, Dodge (Laysla De Oliveira), posing as Gabe? Well, it was Dodge all along. She used the Identity Key to create Gabe as an alter ego that could get close to Kinsey and the Locke family.

Eden was possessed by a demon

Eden Hawkins (Hallea Jones) took bullying to a new level in season 2 when Matheson’s resident mean girl became possessed by a demon. She got hit with a Whispering Iron at the Black Door in the caves in the season 1 finale. Then, in season 2, Eden became Dodge/Gabe’s partner in crime and the demon’s first soldier in a soon-to-be demon army created to attack the Lockes. However, Eden and Gabe/Dodge experienced a power struggle at times.

Josh Bennett and his daughter moved to town

Josh had a dollhouse replica of Keyhouse because of his fascination with Matheson’s history. He also had the journal of his ancestor, Captain Frederick Gideon (Kevin Durand), who lived in Matheson in the 1700s. Josh learned about the Black Door portal and wanted to use it to reach his late wife.

The Lockes found the Memory Key to remember magic

The late Rendell Locke (Bill Heck) and his brother, Duncan (Aaron Ashmore), forged the Memory Key when they were kids so that they could remember magic as adults. However, Rendell hid the key when Dodge threatened him and his friends. Erin Voss (Joy Tanner), Rendell’s former girlfriend and a Keeper of the Keys, showed the Locke kids where to find the Memory Key. They used it to help Duncan remember magic, as well as Jackie Veda (Genevive Kang), who would forget magic when she turned 18.

Erin returned to help the Lockes, but she died

After more than a century of farming shellfish in Tomales Bay, California’s oldest oyster farm has been brought into the fold of the state’s coastal protections for the first time. The California Coastal Commission voted unanimously this month to approve an after-the-fact coastal development permit for the Tomales Bay Oyster Co.’s oyster and mussel cultivation […]

Megan Thee Stallion Paid Future $250,000 In a Backpack Full of Cash For His Verse on ‘Pressurelicious’

Grammy-winning rapper Megan Thee Stallion has spent most of 2022 preparing for the release of her sophomore album Traumazine. On one of the album’s singles, “Pressurelicious,” Megan teams up with Future for a one-of-a-kind collab. But to make it happen, Megan had to fork over a hefty lump sum of cash. Megan Thee Stallion | […]

Q. I came across your gardening articles. I do have a question about my loquat tree, and I was wondering if you would be willing to help me identify the problem. I have attached several pictures to help. Anyway, I’m not sure what is growing at the base of the tree but each time I […]