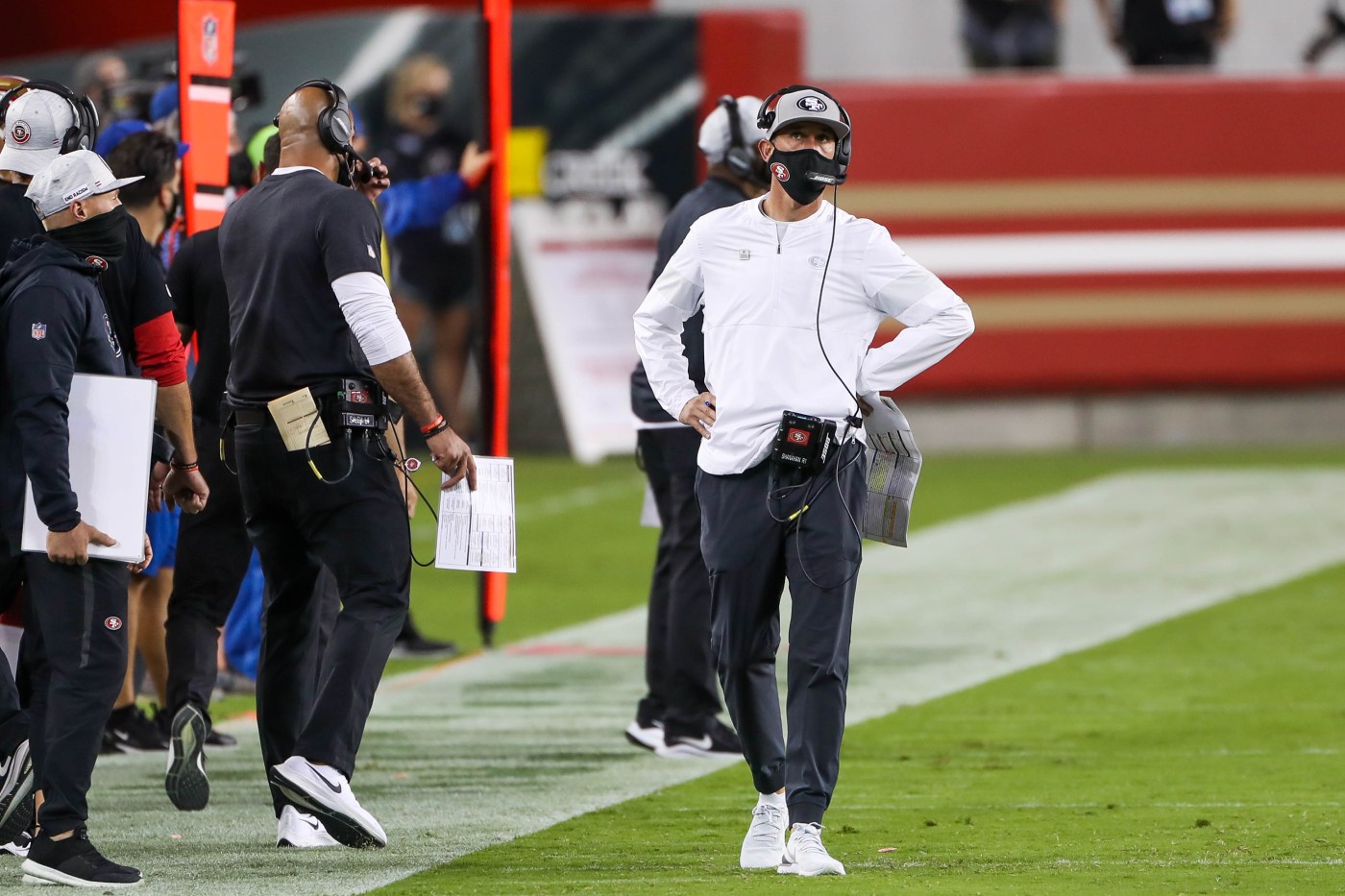 Scroll down to join us for live scoring updates, news and analysis Sunday when the 49ers take on the Rams at Levi’s Stadium.

WHY 49ERS COULD WIN: This could be the night the 49ers re-establish their dominance on the ground. Not only has Raheem Mostert seemed to be back on track — he ran 11 times for 90 yards in the loss to Miami — but the 49ers gained 131 yards on 19 carries as a team last week (6.9 yards per carry). Plus, the Rams are ranked just 23rd against the run. … Jimmy Garoppolo struggled last week, but he and the team seem more convinced this week his high ankle sprain will allow him to move more freely Sunday night. … The 49ers’ troubling cornerback situation should be much better with the expected return of Emmanuel Moseley, who will pair of Jason Verrett.

What’s wrong with the 49ers? Steve Young has a theory, and it’s not about injuries

NFL fantasy football projections: Which 49ers to start against Rams?

49ers-Rams injury report: Will Garoppolo’s ankle allow him to go 4-0 against L.A.?

WHY RAMS COULD WIN: The Rams are the quickest-starting team in the league, having scored on all but one of their five opening drives. Ex-Cal star Jared Goff is also one of the league’s hottest quarterbacks, especially early on. He’s 20-of-21 during the Rams’ five opening drives this season. … Another fast Rams start could put the 49ers into pass mode, which would open the door to a ferocious pass rush, led by Aaron Donald. Donald had four sacks last week and leads the NFL with 7 1/2 sacks. … Overall, the Rams’ defense has allowed the fourth-fewest yards per game.

Alabama coach Nick Saban and athletic director Greg Byrne have tested positive for COVID-19, four days before the Southeastern Conference’s biggest regular-season showdown. Both said their tests Wednesday morning came back positive, but Saban said he didn’t have any symptoms by late afternoon. The second-ranked Crimson Tide is set to face No. 3 Georgia on […]

The evolving partisan battle over ballot drop boxes took another confusing turn Friday as the state’s top election and law enforcement officials — both Democrats — tried to reassure voters that Republican Party officials had removed unofficial boxes after receiving a cease and desist letter. “There was a big election security vulnerability that these boxes […]

By Lauren M. Johnson | CNN Colin Kaepernick is calling for abolishing the police and prison institutions as part of a new series of essays. The series titled “Abolition for the People: The Movement for a Future Without Policing & Prisons” is a partnership between Kaepernick Publishing and the Medium publication Level that builds on […]