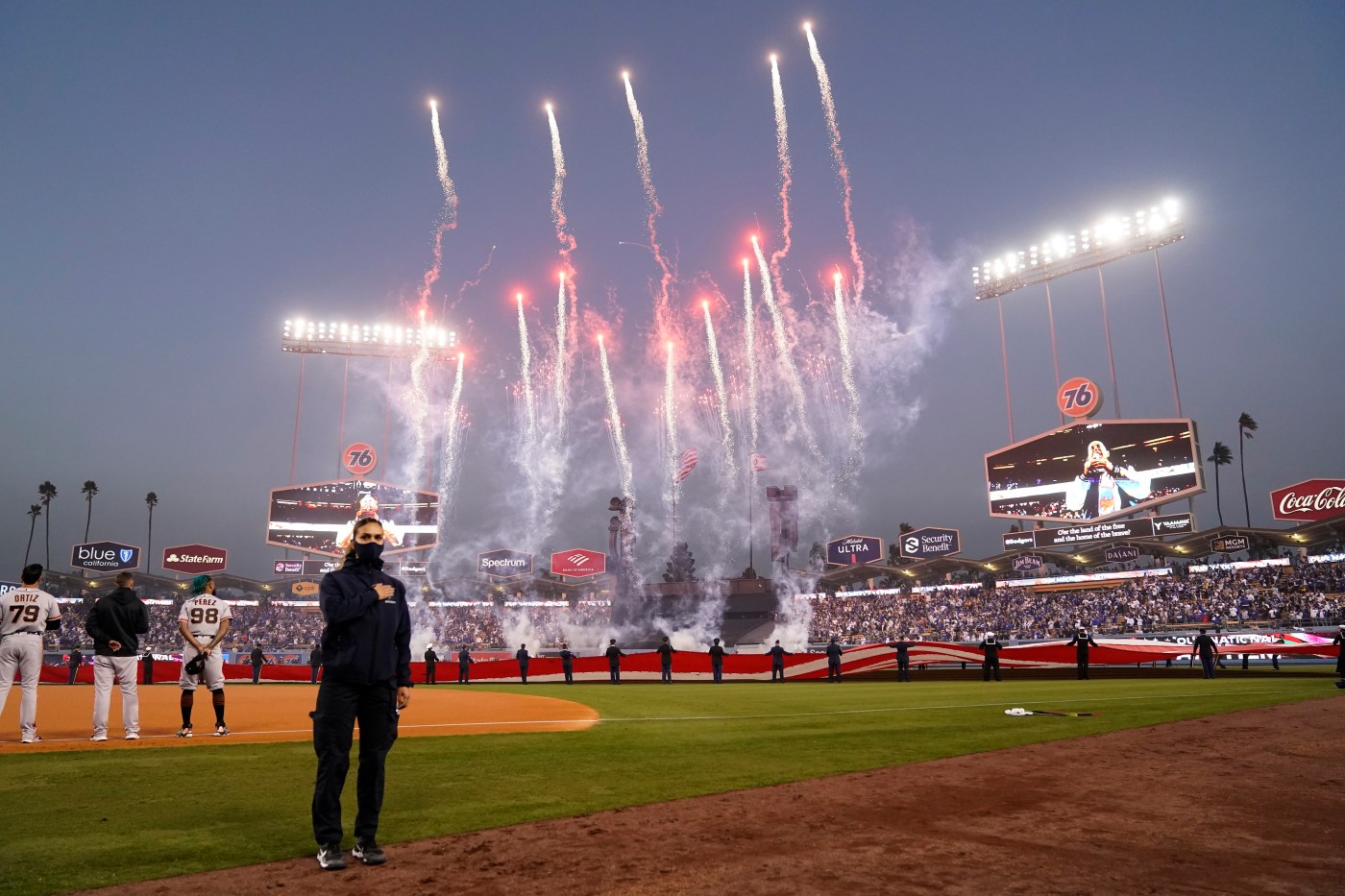 Scroll down to join us for live scoring updates, news and analysis Tuesday night when the Giants face the Dodgers in Game 4.

The Giants and Dodgers head to Chavez Ravine Tuesday night in an elimination Game 4 of their National League Divisional Series after San Francisco’s epic 1-0 victory in Game 3 on Monday night. Evan Longoria broke a 1-for-35 skid with a home run off Max Scherzer in the fifth inning for the game’s only run.

San Francisco shut out the vaunted Dodgers’ offense for the second time in the series as starter Alex Wood (4 2/3 innings, two hits, four strikeouts) combined with Tyler Rogers, Jake McGee and rookie closer Camilo Doval on a five-hit shutout. Doval got the save with two scoreless innings, in the process becoming the only rookie to have a save of at least two innings and not allow a baserunner since saves became an official stat in 1969.

The Giants got help from outstanding defense from shortstop Brandon Crawford, whose leaping grab of a Mookie Betts liner ended the seventh inning and robbed the Dodgers of a game-tying run, and center fielder Steven Duggar, who ran down Chris Taylor’s potential game-tying RBI double in the sixth. The Giants also got a bit of a break from Mother Nature to end the game when heavy winds in L.A. kept pinch hitter Gavin Lux’s 106.9 mph drive off Doval in the ballpark, enabling Duggar to catch it at the warning track to end the game.

Game 4 will feature Giants right-hander Anthony DeSclafani taking the mound for his first ever postseason appearance. The 31-year-old has started six times against the Dodgers and is 0-3 with a 7.33 ERA and six home runs allowed. However, DeSclafani’s last start against L.A. produced six scoreless innings in an eventual 3-2 Giants’ win on Sept. 3.

A look at the values, priorities that have SF Giants on verge of ‘special’ achievement

Can SF Giants prevent Dodgers from another postseason …read more

Nicholas Braun | Dia Dipasupil/Getty Images Nicholas Braun is adjusting to the celebrity that comes with ‘Succession’ Braun has balanced a successful acting career since he was a child. His father began taking acting lessons and would practice with a young Braun. The skills stuck, and the father-son pair appeared in a short film together. […]

By RICARDO ALONSO-ZALDIVAR and CHRISTOPHER RUGABER WASHINGTON (AP) — Millions of retirees on Social Security will get a 5.9% boost in benefits for 2022. The biggest cost-of-living adjustment in 39 years follows a burst in inflation as the economy struggles to shake off the drag of the coronavirus pandemic. The COLA, as it’s commonly called, […]