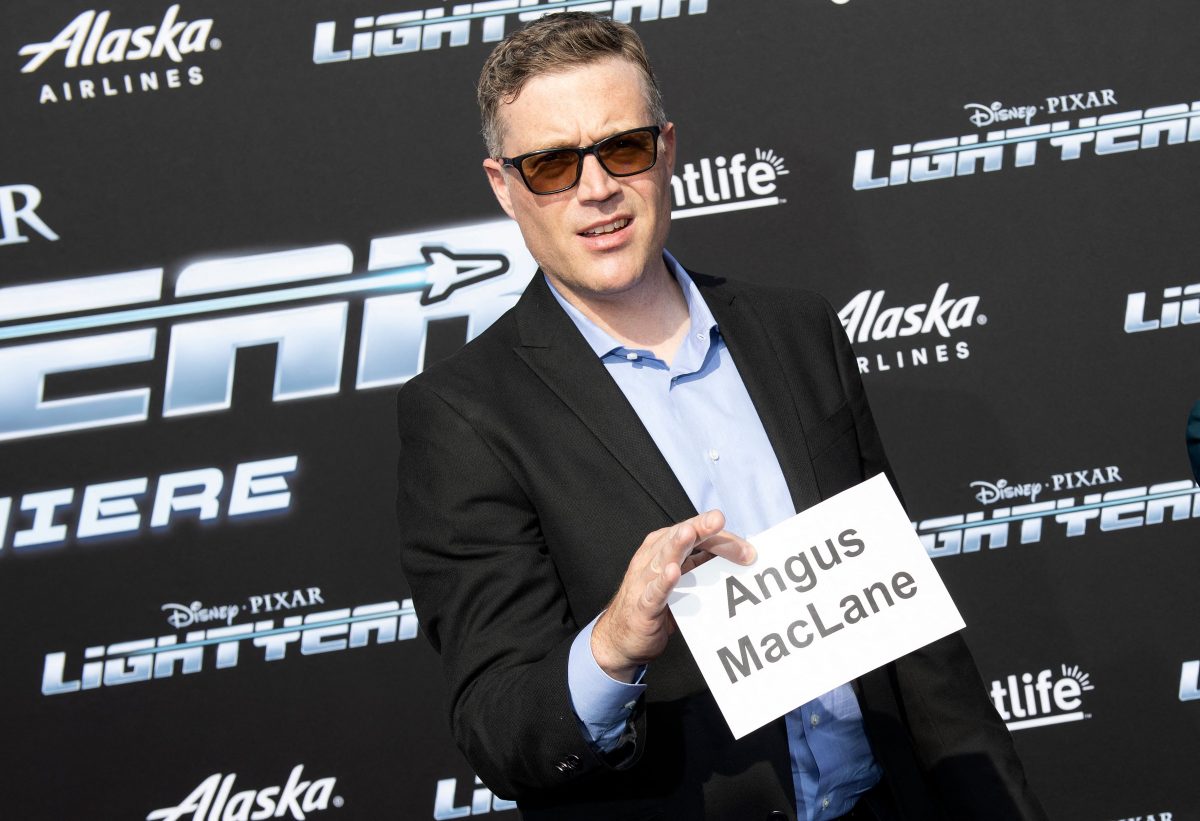 Lightyear is the latest Pixar movie and it is a spinoff of the beloved Toy Story franchise. Director Angus MacLane had a tough task at hand to make a Pixar movie with Buzz Lightyear which was another Toy Story movie. MacLane recently shared his thought on making a Pixar spinoff movie and he says he doesn’t recommend it.

As the Pixar movie quickly tells viewers, Andy saw a movie featuring Buzz Lightyear that inspired him to get the toy. Lightyear is the movie he watched. Lightyear sees Chris Evans playing the role of Buzz Lightyear, taking over for Tim Allen who played the toy version of the character in the Toy Story movies.

In the movie, Buzz is a space ranger who goes on a dangerous mission that leaves him marooned on a strange planet. When he returns, he discovers he experienced a jump in time, leaving him with a brand new crew. Other cast members in Lightyear include Keke Palmer, Taika Waititi, Uzo Aduba, and James Brolin.

MacLlane previously worked on Finding Dory before working on Lightyear so he has experience working on Pixar spin-offs or sequels. However, he finds them to be challenging and doesn’t recommend them to other filmmakers. In an interview with Gamespot, MacLlane said, “I really wouldn’t recommend it. It’s so, so hard.”

Lightyear producer Galyn Susman added that it’s only a good idea if the conditions are right. “I would only do it if you have a deep passion for that character because it really is very challenging.”

“As a filmmaker you really have to think about what problems you want to solve,” MacLane continued. “When we took on this project we ran into the problem of having to change a side character to a main character and that’s a really hard thing. Having worked on Finding Dory, that was just tremendously hard. But because Buzz’s backstory was something I wanted to tell, and because I wanted to do a straightforward sci-fi action adventure, you know, like a nerd/geek film, that was the driver there. So that’s what kept it going, even when we still hadn’t figured it out. Because I knew what the movie would feel like when it was done.”

Audiences may have been confused by this Pixar spinoff

Lightyear had a less than stellar box office debut at $51 million in ticket sales, not enough to take down Jurassic World: Dominion. https://t.co/CcsNal5jGG

While Buzz Lightyear is a beloved character, Pixar fans and general audiences may still be confused about the movie’s premise. Despite good reviews, Lightyear underperformed at the box office and one factor could be due to fans not being given the Buzz that they’re used to. MacLane does understand the confusion, but he also admits this movie would be harder to make if it was …read more

Q: The Dallas Mavericks just traded the end of their bench plus the 26th pick for Christian Wood. How could the Heat front office be asleep at the wheel and not put together a better deal to obtain Wood, who has averaged nearly 20 points and 10 rebounds the last two seasons and who would […]

Seong Gi-hun in ‘Squid Game’ Episode 2 | via Netflix Fans of ‘Squid Game’ K-drama can win the same extravagant grand prize – as long as they survive Per Squid Game takes the next big step in global fame – this time with a reality survival series. No, the series will not kill off 465 […]

‘Big Brother’: Cody Nickson ‘Snuck out of the Jury House’ to Prepare for ‘the Amazing Race’

Big Brother popular showmance and now married couple Cody Nickson and Jessica Graff competed on The Amazing Race shortly after season 19 and won. Cody recently detailed how he was approached for the series and got “snuck out of the jury house” to obtain documents for the travel-based competition show. Cody Nickson revealed he ‘snuck out of the […]