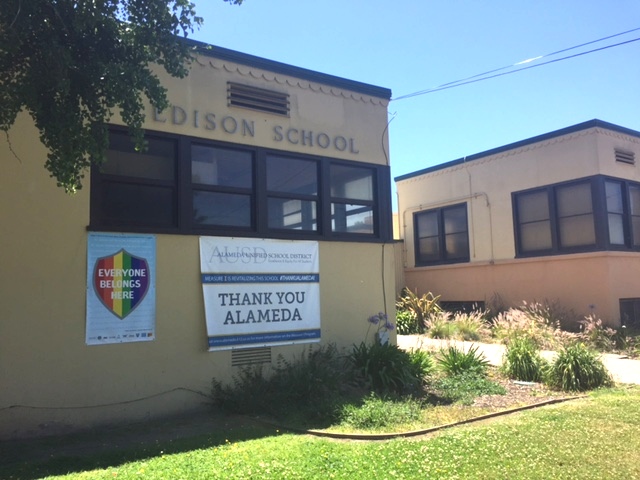 High taxes are a myth
for well-off residents

Sadly, the editors of the East Bay Times and Bay Area News Group continue to pander to the myth that California taxes are too high.

Yes, they are high for those working and new homebuyers. But those who have lived in the same home for decades or transferred their tax base to a new home have been receiving services they have not been paying for for years.

Shame on those whose parents understood the shared costs of schools, police, firefighters, roads, municipal buildings, etc. Their self-serving “I’m just doing what everyone else is doing” is a disgrace. A former colleague with two school-aged children bragged about paying $1,500 in property taxes. Proposition 13 has tied the hands of cities and towns with unrealistic revenue limits.

Self-interest and fear are the problems, not taxes.

We must pay to keep
schools running high

Yesterday’s BANG editorial screamed at voters of the city of Alameda to reject upcoming ballot measures calling for increased taxes.

No mention was made of why funding of education has been so problematic in California since voters passed Proposition13 in 1978. Prop. 13 infamously gave home and commercial property owners the lowest property taxes in the United States, and later among the worst schools in the country – instead of what had been among the best.

Thanks to principled, hardworking elected officials, good government advocates and savvy (and well-off) parents, students attending better schools like Alameda’s have lucked out over the years. Alameda residents should want to keep it that way … hopefully.

Kumagai has the skills
to tame housing crisis

The insanely high cost of housing is my No. 1 priority issue, and when I cast my vote, I need to know my vote will elect an experienced leader who already has a proven record of instituting effective housing solutions.

As the only candidate in the Assembly who has ever held elected office, Shawn Kumagai is that leader and is endorsed by the Housing Action Coalition and California Sen. Scott Weiner. While Dublin’s vice mayor and city councilmember, he worked to deliver several large, affordable housing projects, including 300 units located right at BART, and he continues to support smart housing development such as transit-oriented projects in order to make our community greener and more affordable.

I’m voting for Shawn because he truly understands we just can’t afford to simply sit back and watch our families and neighbors get shut out of having a secure place to call home.

Let’s not emulate
dictators on speech

Re. “Diverse opinion different than pure propaganda,” Page A6, April 12:

Again, liberal readers of this newspaper believe they, and their favorite news sources, have a monopoly on “reality.” They state that “Free speech allows them (conservative news) to undermine their supporters’ reality.”

Sam Raimi | Michael Kovac/Getty Images for Disney Although Sam Raimi helmed the Tobey Maguire-led Spider-Man trilogy, he hadn’t directed for Marvel Studios prior to Doctor Strange 2. But apparently, his return to the superhero genre proved a positive experience. Not only have moviegoers appreciated Raimi’s first foray into the MCU, but the director himself […]

Ask Amy: I’m being blackmailed into keeping quiet as my daughter throws her life away

Dear Amy: My daughter just announced her engagement to her boyfriend, “Clay.” Amy Dickinson  They are both heavy pot users. Clay is also a convicted felon (for selling narcotics), a college dropout, and has psychiatric and physical health problems. He picks up occasional work but cannot and does not support her. He can barely support […]

Opinion: I’ve had an illegal and legal abortion. There’s a huge difference

There is a huge difference between illegal and legal abortions. I know. I had one of each. In 1960 when I was 19 and living with my boyfriend, a medical resident at Yale University hospital, I got pregnant. Thirteen years before Roe v. Wade, in Connecticut the only ground for abortion was if the mother’s […]