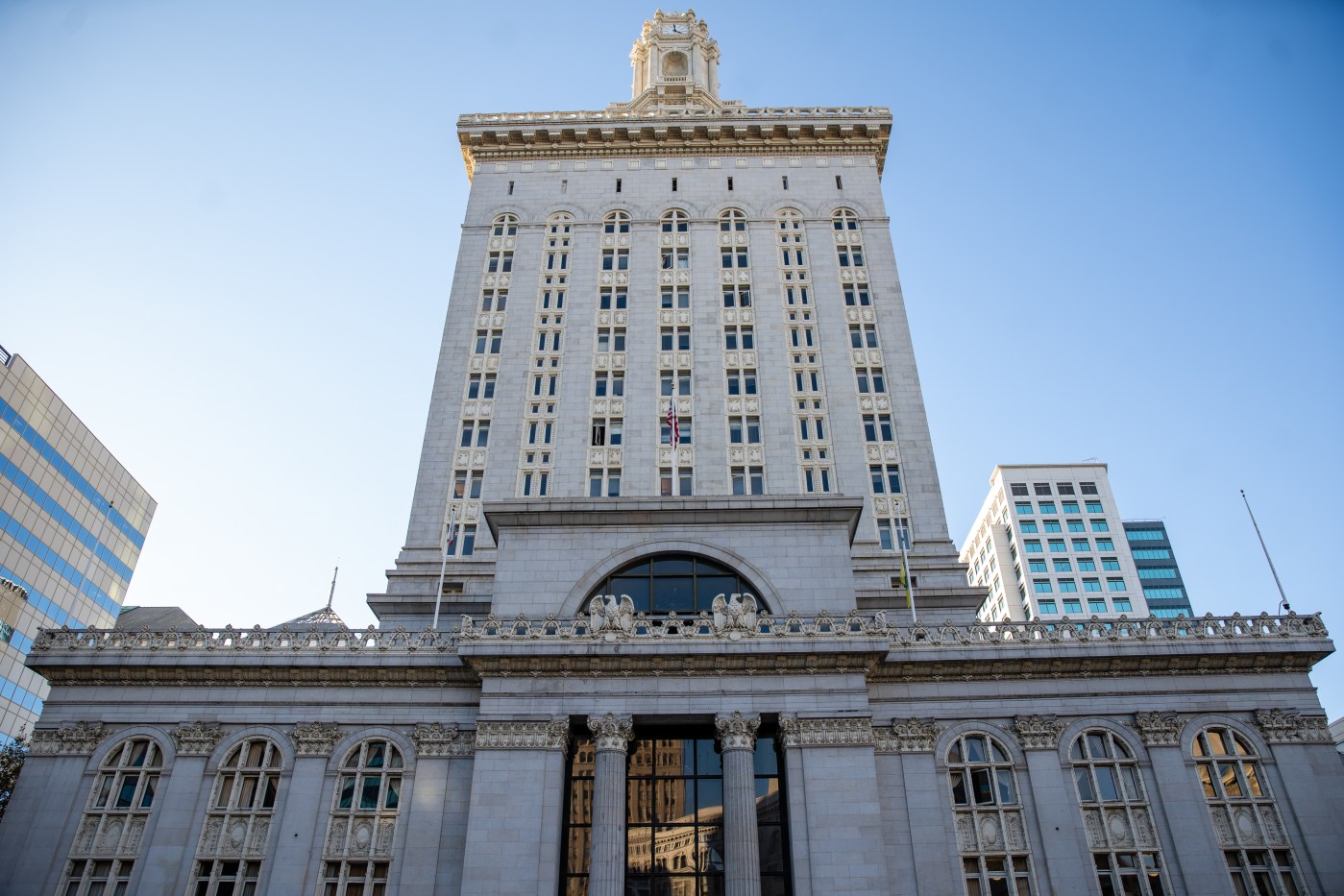 On July 20, Oakland city officials will vote on the A’s $12 billion dollar development proposal regarding the Howard Terminal area (“Council members push back on A’s moving,” Page B1, May 15).

We are still paying off debt incurred to bring the Raiders back from Los Angeles. They subsequently left for Las Vegas. The Warriors took the city of Oakland to court to attempt to avoid paying back debt incurred in remodeling the Oakland Arena and moved to San Francisco. Why should the taxpayers of Oakland be bullied into subsidizing a billionaire’s potential lucrative development?

I can promise you that any Oakland official that votes to hand over a taxpayer-financed subsidy to a billionaire will lose my political support.

In the wake of the recent VTA massacre, there has been lots of talk about how someone might have noticed the alarm signals beforehand and taken away the shooter’s guns. After all, the man had expressed anger against co-workers and his workplace, experienced radical mood swings and allegedly acted violently against women.

Tragically, however, those alarm signals can describe millions of American men, although thankfully only a tiny minority of them become murderers. But which of them will be triggered into deadly violence is impossible to predict.

But if the killer had less firepower, he would have killed fewer people.

That’s why gun control and gun safety laws are the only realistic measures to reduce gun violence. However, they will accomplish little as long as potential killers can just drive a few hours to a state border and buy military-style weapons that are illegal back home.

The “inalienable right to life” is first in the Declaration of Independence. It is essential to liberty and the pursuit of happiness.

In 2021, our right to life is constantly threatened. Individuals can take it away with refusals to distance, mask or vaccinate. Mentally distressed individuals are easily able to violate the right to life of many innocents with a “Swiss army knife” of guns.

Taking life without recourse to law is the most blatant violation of civil rights. Our right to life, in all situations, must have more import than corporate/partisan manipulations. The federal law that protects arms manufacturers from lawsuits must be changed. We all must declare our “inalienable right to life.”

Pass For the People Act
to save our democracy

Voting rights are being restricted across the country, threatening to replace the will of the American people with permanent minority rule.

The For the People Act would undo these restrictions and protect the right of every American citizen to vote. It is imperative it be passed to protect our elections and our democracy. …read more

Why do people stop so far back at lights? Roadshow

Q: I am seeing many drivers who stop at lights far short of the white line designed to guide them. I lowered my window one day and urged the woman in the car next to me to move up 10 feet so her car would activate the sensors in the pavement and trigger the light […]

Bloomberg News (Bloomberg) — Moderna Inc. said the U.S. government would buy 200 million more doses of its vaccine in a deal that included the potential for buying other Covid candidates in testing, including booster shots. European Union government envoys agreed to lift travel restrictions for U.S. residents, a diplomat familiar with the meeting said, […]

FBI agents last week raided the North Hollywood home of an actor seen in social media videos inside the U.S. Capitol building on Jan. 6. Laura Eimiller, a spokeswoman for the FBI, confirmed that agents searched the home of Siaka Massaquoi in the early morning hours of Thursday, June 10. She said no one was […]