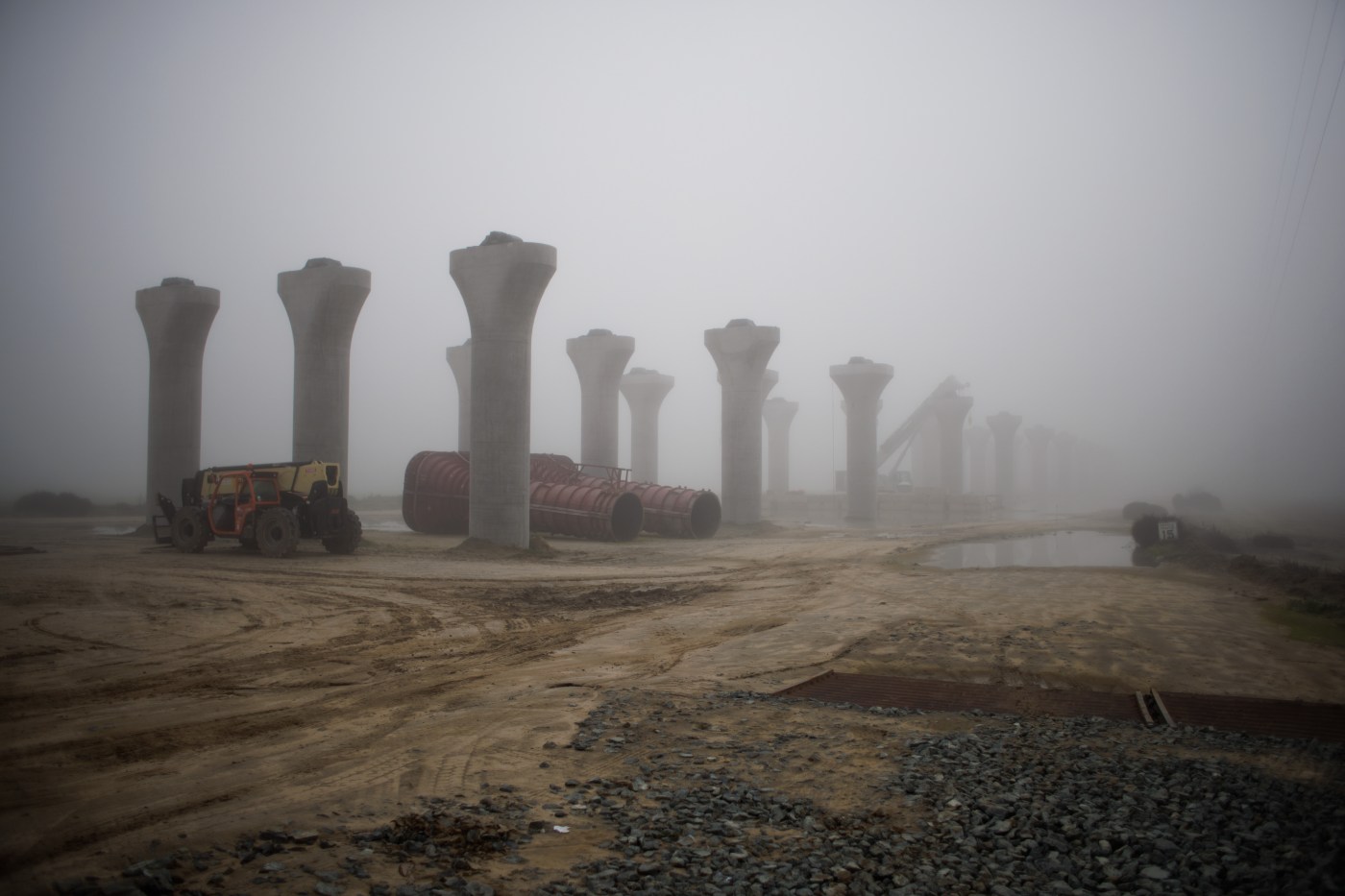 Can anything stop this train? Here are some facts.

First, this is supposed to be a project to fight climate change. This train will never be carbon neutral with all the concrete used considering every yard of concrete produces 400 pounds of carbon in the manufacturing process. Then throw in the carbon emitted just to transport this concrete along with the carbon in all the construction equipment.

Travel time from San Francisco to Los Angeles? This distance is 380 miles using I-5. I estimate the HSR route at 430 miles, so about 2 hours and 10 minutes at 200 mph from start to finish. Now throw in 9 stops. If each stop averages 5 minutes, add another 45 minutes: 2 hours and 55 minutes. No way is this train going to average 200 mph over the whole distance, so 2 hours and 40 minutes is not possible.

The tragic death of a mother of six children, shot by her husband who then shot himself, is a reason for all who know of any type of violence in their own families to speak up.

After a few years, I realized that family violence prevention is much more effective than intervention after a tragic incident, so in collaboration with others, we set up family resource centers offering free parent education classes, counseling for parents and for children, substance abuse treatment, and employment services. Our motto was: “We are all our children’s keepers!”

The only ones who have a true voice are the corporations and special interests who spend millions of dollars to buy ads to sway voters to vote in their favor. Referendums and initiatives are intentionally written in such confusing language that voters often don’t understand what they are actually voting for.

We have an elected Legislature whose job is to study issues and make sure that the best interests of their constituents are preserved. Let them do their job. The only initiative I want to see on the next ballot is one eliminating all future initiatives.

There is no …read more

“Go Cubs Go” reverberated through the home clubhouse postgame Friday at Wrigley Field as players belted along to the song. The Chicago Cubs’ season-high 10-game losing streak had come up against the Atlanta Braves’ franchise-record-tying 14-game winning streak. So when small ball in the eighth inning produced the game’s lone run on Christopher Morel’s sacrifice […]

Forty-seven cats were rescued from a vehicle that was parked in sweltering heat at a Minnesota rest area. The cats were discovered Tuesday in the car with their owner at the Goose Creek rest area, off Interstate 35 about 40 miles north of the Minneapolis area. The owner recently became homeless and didn’t want to […]