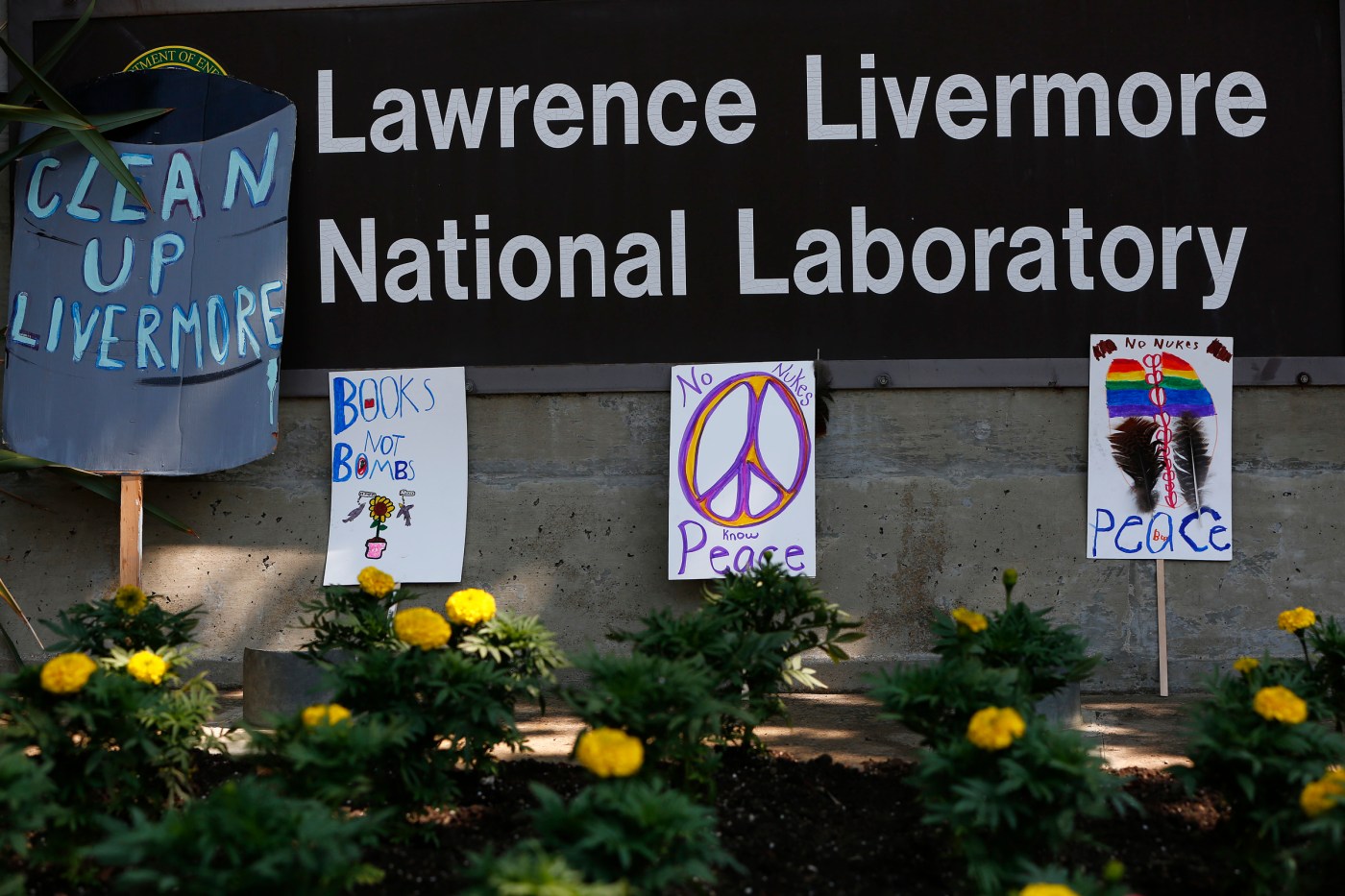 The U.S. nuclear weapons and military budgets increased dramatically under Donald Trump and sickeningly, will increase again under Joe Biden. But this year’s check has not yet been signed by Congress.

Now is a great time to get on the horn to Sens. Alex Padilla and Dianne Feinstein and Rep. Mark DeSaulnier and ask them to take a leadership role in cutting these hugely bloated budgets. Why are they growing? The United States continues to push the envelope in promoting the development of new nuclear weapons, a pivotal one right here in the Bay Area at Livermore Lab – the W87-1 Warhead. The entire Bay Area sits in the Livermore Lab’s environmental impact zone for plutonium and other radioactive and hazardous materials releases from this research.

We don’t need these nuclear weapons, we don’t have money for these weapons, and we don’t want the cancer this research causes. Call and ask that the budgets be slashed.

It’s understandable that COVID is a big deal to the most influential voting bloc in American history. They are the ones most affected by it. And once again, a myopic viewpoint from this generation should not be driving policy.

These are voters who loudly decried the Vietnam War when they were young, but then sent another generation to fight and die for 20 years after they were too old to serve, ultimately botching the end game in Iraq and Afghanistan in a one-two punch of incompetency.

According to the CDC, the majority of deaths of COVID, 94%, are in the age group 50 or older. Seventy-six percent of total deaths fall in the 65 and older range.

Stripping rights away from the younger generation so the older generation feels safer isn’t proper stewardship. Let us take our chances and reap the consequences, whatever comes.

In respect to the article “Maybe you can’t fix Facebook – but signing off is a breeze” on Page A7, Oct. 7, Leonard Pitts Jr. wrote an engaging article regarding the downfalls of Facebook and Instagram and discusses the idea of regulating them.

If regulations had been passed regarding posts on Facebook, it could’ve played an important role in the 2016 election where misinformation was spread about Hillary Clinton, which was briefly referenced by Pitts. However, regulations for Facebook will lead to an array of constant, unresolvable disagreements, because who will be the judge?

Pitts concluded with a reference to tobacco, making it easy to follow his ideas. However, the last sentences, “Maybe you can’t fix Facebook. But signing off is a breeze,” aren’t entirely true. Social media is an addiction, so signing off wouldn’t be a “breeze.” Rather it would be extremely difficult, just like quitting tobacco.

FREMONT — As his eight-year-old son danced onstage with other children his age at a Diwali celebration Saturday, San Jose resident Kaushik Ram watched proudly. “The only problem he had was missing a few steps, but it was fine,” Ram said of his son, Aryan. “At the end of the day, he had fun.” Not […]

It’s a great day for Adele fans. Nearly six years after she released her Grammy-award winning album, 25, she has officially announced her new album, 30. And though fans have to wait a little longer to hear the long-anticipated album, Adele is releasing the first single in just a few days. “Easy On Me” is […]

Khloé Kardashian wears black during ‘The Switch’ sketch on ‘Saturday Night Live’ | Will Pippin/NBC/NBCU Photo Bank via Getty Images Khloé Kardashian said she corrects people if they say True is ‘big’ In an interview with Khloé Kardashian doesn’t hesitate to correct people who call her daughter True “big,” telling them to use the word […]