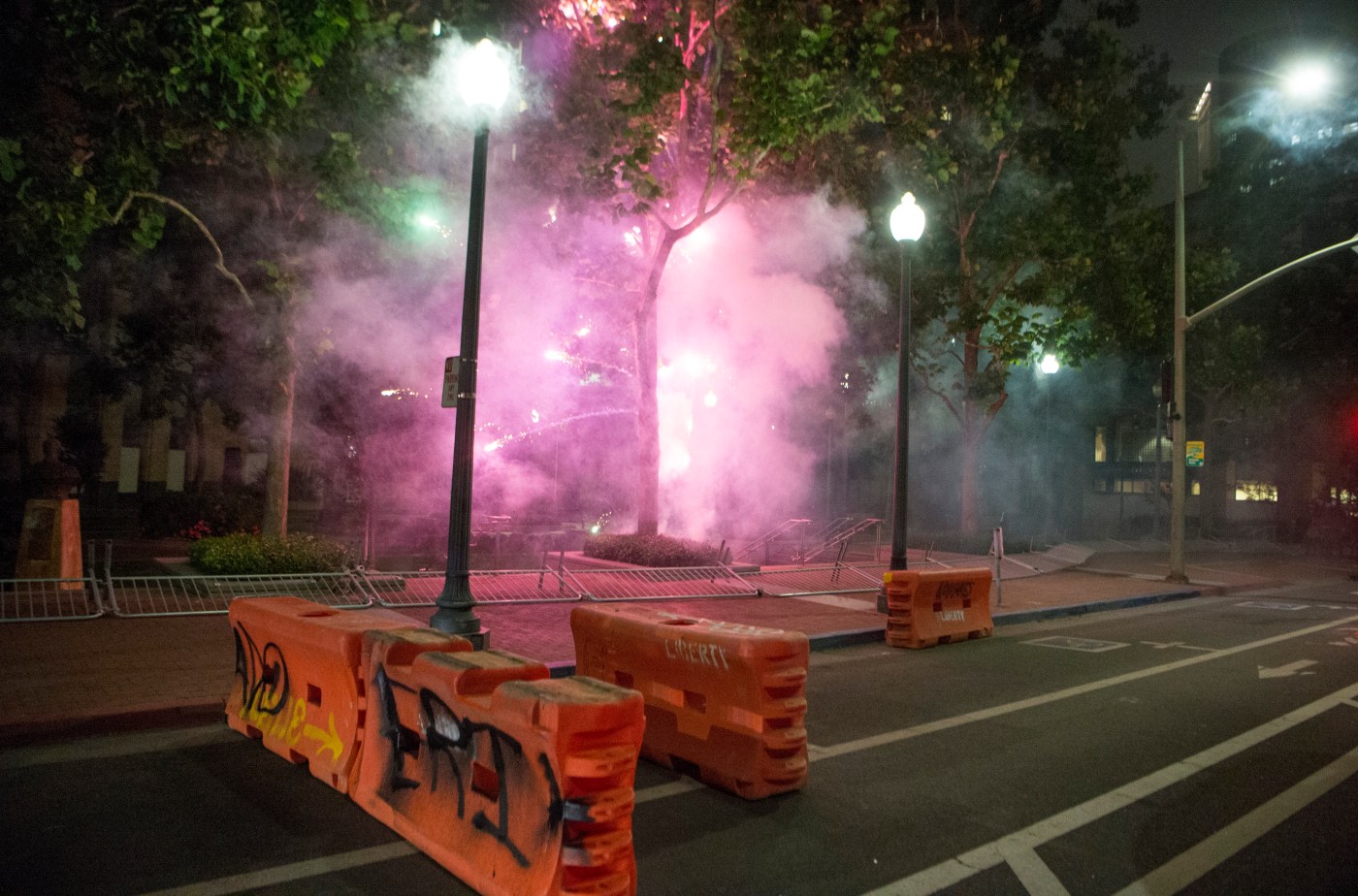 A June 9 article in your paper said, “Officials in Richmond are getting so tired of illegal fireworks use that they’re ready to pay to put a stop to it: $2,500 for every report that leads to an arrest or fine.” (“City offering reward for tips on illegal fireworks,” Page B3)

I’d like to see this in Alameda County. Fireworks are illegal here, and much of the area is heavily wooded. Every summer, before, during and after July 4, we hear illegal fireworks going off. Not only is this a major fire hazard, but our pets are also terrorized, people with PTSD are reactivated, and we can’t get a decent night’s sleep.

Let’s offer a reward to people who report the offenders that result in them being caught.

I am baffled by the kerfuffle regarding COVID vaccination “privacy concerns.” Personal medical history should indeed be protected from dissemination, as most of our medical concerns do not have broader consequences.

But there is a long, established history of guarding public health by requiring proof of protection. When I first traveled abroad in 1966, the infamous yellow vaccination book was mandatory for certain destinations. Schools require proof of vaccination, and there have been unfortunate consequences when some fail to comply.

If one puts others at risk by baselessly opting out of something designed to benefit society, those at risk are entitled to that information. If that results in some limitations for the naysayers, they need to accept the results of their decision — a situation that can be altered at any time. Decisions, good and bad, have consequences, and society gets to determine the rules when others are involved.

Can we get ‘red flag’
law for drunken driving?

California should enact a “red flag” law for DUI, too. If you think a friend or relative is going to drink and drive, you could call the police to tow away their car for 21 days.

As with guns, the lives we’d save would be worth any inconvenience to the owner.

During the Barack Obama years, my father barked, “Liar!” at the television whenever the president gave a speech. Now, our public discourse broadly employs this childlike outburst when we don’t agree.

Now, progressives and news organizations participate in a playground name-calling mentality. It’s one thing to say “misleading statement,” as Kyle Ritchie did in his letter of June 7 regarding a Victor Davis Hanson column; it’s quite another for this newspaper to place a headline over that same letter: “Columnist trucks in discord and lies.”

To use the word “lies” is to accuse someone of being a liar. But most people are not liars. If they believe politicians, many of whom actually do lie, does this make them liars?  It may be that reflexively calling the other side “liars” is the first step on the road to invalidating a lost election.

While an embattled Chrissy Teigen issued a blanket apology this week to victims of her past cyberbullying, she’s apparently withholding her mea culpas from at least one of her accusers: fashion designer Michael Costello. Her team has instead gone on the offensive against Costello, accusing him of faking direct messages he claims Teigen sent him […]

A Seattle police officer’s lie about a fender-bender caused a driver to become distraught and finally to take his own life, says a wrongful-death suit filed against the city by three women. The suit was filed June 4 in King County Superior Court by the mother and two friends of Porter Feller, who died on […]