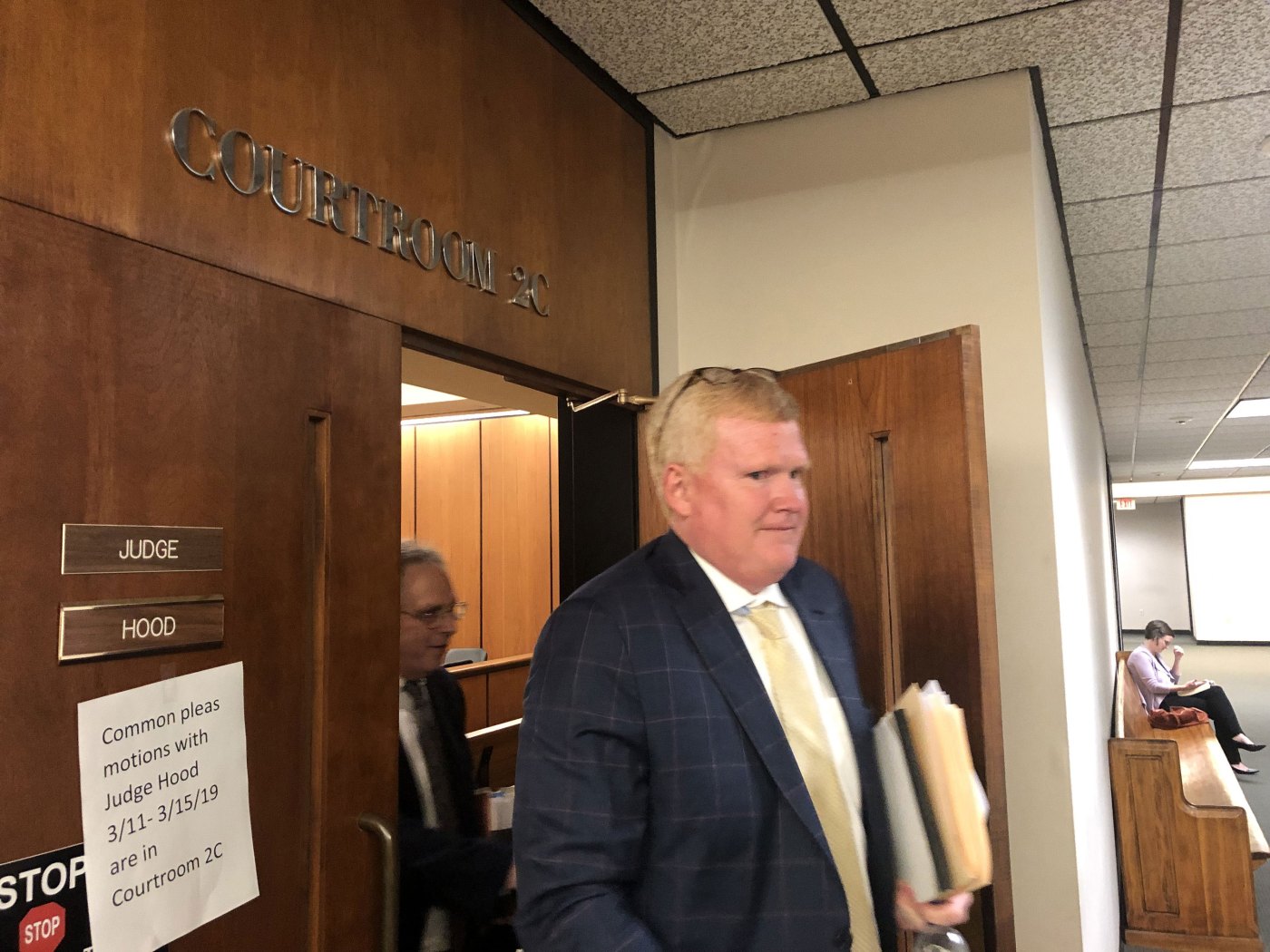 A prominent South Carolina lawyer whose wife and son were shot and killed three months ago arranged for a man to kill him so that his surviving son could collect a life insurance payout of about $10 million, authorities said late Tuesday.

Alex Murdaugh, 53, was shot in the head in a roadway on September 4 but survived, and a family spokesperson had previously blamed the shooting on an unidentified man in a blue truck. However, Murdaugh admitted to authorities Monday that he had conspired with the man to kill him as part of a suicidal fraud scheme, according to an affidavit to support charges against the alleged gunman.

Curtis Edward Smith, 61, was charged with assisted suicide, assault and battery of a high and aggravated nature, pointing and presenting a firearm, insurance fraud and conspiracy to commit insurance fraud, according to the South Carolina Law Enforcement Division (SLED).

Murdaugh is described as a co-defendant in the affidavit, though no charges have been announced against him. Additional charges in the case are expected, SLED said.

On NBC’s “Today” on Wednesday, Murdaugh’s attorney Dick Harpootlian acknowledged the scheme, saying his client was depressed and suicidal due to the recent deaths of his wife, son and elderly father, as well as his struggles with opioid addiction.

In a statement, attorneys Harpootlian and Jim Griffin said their client “is not without fault” but added his “life has been devastated by an opioid addiction.”

“For the last 20 years, there have been many people feeding his addiction to opioids,” the attorneys said. “During that time, these individuals took advantage of his addiction and his ability to pay substantial funds for illegal drugs. One of those individuals took advantage of his mental illness and agreed to take Alex’s life, by shooting him in the head.”

The admission and affidavit answer one part of a sprawling mystery involving one of the most powerful family dynasties in coastal South Carolina. Murdaugh’s father, grandfather and great-grandfather served for a combined 87 years as the 14th Circuit Solicitor, which leads prosecutions for Allendale, Beaufort, Colleton, Hampton and Jasper counties in the state. Murdaugh was an attorney for a local law firm.

More recently, though, the family has been embroiled in a series of bloody tragedies, including the fatal shootings of Murdaugh’s wife Margaret, 52, and son Paul, 22, in June. Murdaugh called 911 and reported he found them shot dead outside of their home in Islandton, a small community about an hour north of Hilton Head Island, according to authorities.

The killings have not been solved, and Murdaugh has denied responsibility. The investigation into their deaths also led authorities to reopen the 2015 unsolved death of 19-year-old Stephen Smith in Hampton County.

Murdaugh faces other legal and personal issues as well. His shooting on September 4 came a day after he resigned from his law firm amid allegations he had misappropriated funds. Two days after …read more

‘Dance Moms’: The Original Idea Had Nothing to Do With Abby Lee Miller

Dance Moms Season 2 cast | Jason Merritt/Getty Images Like most TV shows, Dance Moms began with a casting call. Following the success of Toddlers & Tiaras, the producers at Lifetime were trying to think of a concept for a reality TV show that would focus on the world of competitive dance. One of the […]

While you were sleeping, ocean waves were glowing again with an electric neon blast that lit up dark beaches. Chasing glowing waves has become a near obsession for Patrick Coyne, a Torrance photographer who has scouted the sea for occurrences of the bright bioluminescence at least 50 times this year, from Malibu down to San […]

The San Francisco Giants clinched their first postseason berth since 2016 and currently have the best record in Major League baseball at 94-50. It’s the earliest a Giants team has ever clinched a playoff spot in the 139-year history of the franchise, with 18 games and 20 days now remaining in the regular season. Entering […]