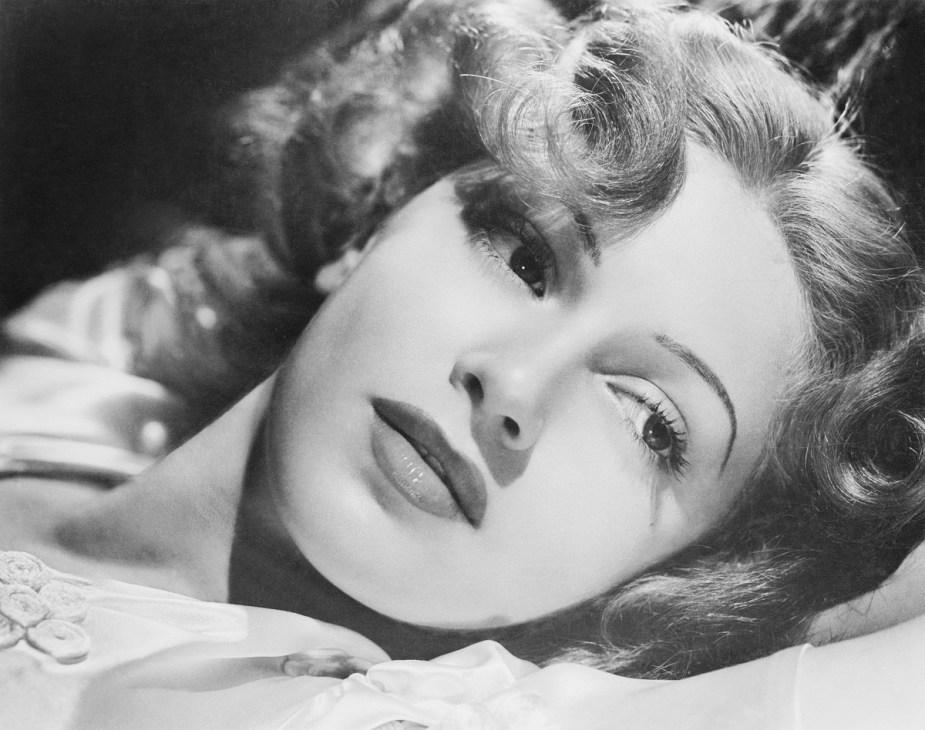 Turner made her on-screen debut in 1937’s They Won’t Forget. Even though she is only in the movie for a few minutes, Turner’s striking appearance and form-fitting attire stood out. It earned her the nickname “Sweater Girl.” She always hated the label. But the sudden infatuation with her was the first sign she would go on to play bigger roles. (

Lana Turner was one of Hollywood’s original movie stars, but she also made a huge impact on pop culture off-screen. Turner was also one of America’s original celebrities. Her personal life became a matter of public interest in a way that’s commonplace now but was new then.

Lana Turner starred in some of the biggest movies of the ’40s and ’50s. And her love life was similarly dramatic. Her dalliance with a mobster ended with the man dead and her daughter defending herself in court from accusations of murder.

Lana Turner was 1 of the biggest stars of her era

Turner made her on-screen debut in 1937’s They Won’t Forget. Even though she is only in the movie for a few minutes, Turner’s striking appearance and form-fitting attire stood out. It earned her the nickname “Sweater Girl.” She always hated the label. But the sudden infatuation with her was the first sign she would go on to play bigger roles. (TCM has a more extensive biography of her life.)

She established herself as a bankable leading lady in the early 40s in movies like Ziegfeld Girl and Honky Tonk, starring alongside Clark Gable.  The signature performance of Turner’s career is in The Postman Always Rings Twice, where she played one of the iconic femme fatales in cinema history. Her other notable roles include Peyton Place, which earned Turner her only Academy Award nomination, and Imitation of Life.

Turner’s public romances also contributed to her notoriety. She was married eight times to seven men in her life. She also had affairs with Tyrone Power (Turner considered him the love of her life) and Frank Sinatra. But only one of her relationships resulted in legal trouble.

Lana Turner was part of a huge scandal in Hollywood

While on the set of The Lady Takes a Flyer in 1958, Turner began receiving phone calls and flowers from a man who went by John Steele. Turner was touched by all the attention, so she decided to date the persistent gift shop manager. She didn’t realize until later that Steele was not who he said he was.

His real name was Johnny Stompanato, an LA-based gangster in the orbit of mob boss Mickey Cohen. Turner tried to break up with him after learning about his identity. But Stompanato refused to take no for an answer. For the following few months, he emotionally and physically abused her as he attempted to control more and more aspects of her life.

Everything came to a head on April 4, 1958. The couple had another intense argument, only this time Stompanato threatened to kill Turner, her grandmother, and her daughter, Cheryl Crane. Crane overheard what was happening, grabbed a knife went to her mom’s room to protect her. The 14-year-old stabbed Stompanato in the stomach. He died at the scene.

Turner’s fame quickly made the case a media sensation. Cohen publicly demanded murder charges for Turner and Crane and released some of the actor’s love …read more

Ron Howard | Cindy Ord/Getty Images Like many in the film industry, Howard has always had great admiration for his fellow actor-turned-filmmaker. On a professional level, Eastwood made Howard believe that his directorial abilities wouldn’t peak as early as Howard thought they would. Eastwood first started directing around his early 40s. Yet he’s also done […]

Among many things, Orlando Magic guards Cole Anthony and Markelle Fultz will bring a quality the team has lacked for most of the season: pace. It didn’t take them long to bring that after making their return in Wednesday’s home loss to the Atlanta Hawks. Anthony (19 points, 6 rebounds and 3 assists in 28 […]

The top five most expensive home sales in Fremont, reported the week of Nov. 21

A house in Fremont that sold for $1.9 million tops the list of the most expensive real estate sales in Fremont in the last week. In total, 5 real estate sales were recorded in the area during the past week, with an average price of $1.7 million, $1,100 per square foot. The prices in the […]