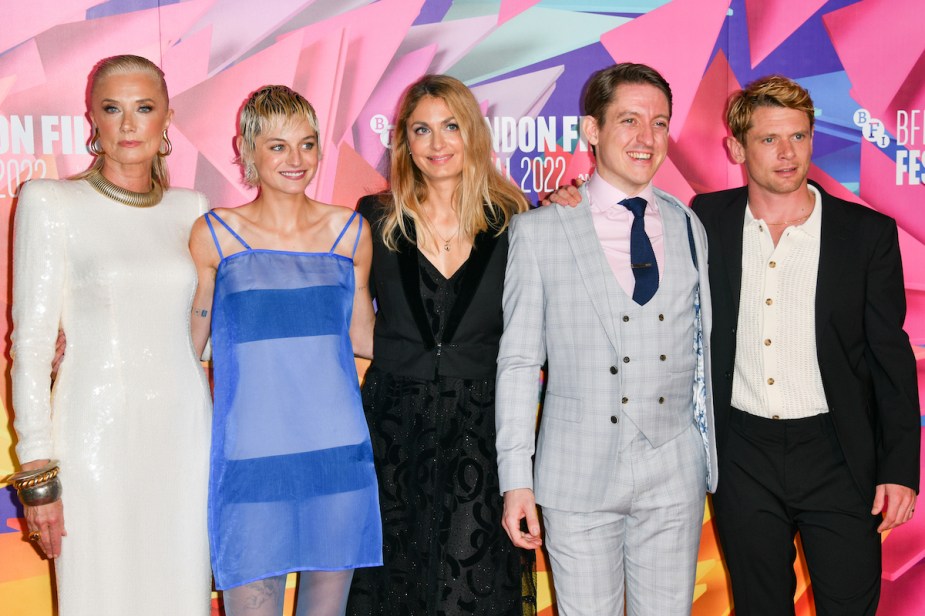 When D.H. Lawrence published Lady Chatterley’s Lover in 1928, it created a huge scandal. The salacious novel drew outrage, censorship, and even legal attempts to make it disappear. Despite that, or maybe because of it, the book lives on, drawing attention today.

Almost 100 years later, a new adaptation is coming to Netflix. Here’s the information about who’s starring in this sexy remake, including one young star who is drawing a lot of attention lately.

What is ‘Lady Chatterley’s Lover’ about?

In love. In strength. In ecstasy.

Lady Chatterley’s Lover caused a lot of controversies when it was published. Lawrence depicted an unhappy, married woman with important social standing. She’s trapped in a loveless marriage, and in her loneliness, she starts a torrid affair with the couple’s gamekeeper on their estate.

Not only did the book explore an affair between two married people, but it also touched on difficult issues of the time about class. The content of the book was extremely shocking for the day, with sex acts described in frank detail. Lawrence also included swear words rarely published in literature at the time.

According to Collider, the publishers of Lady Chatterley’s Lover were prosecuted under the Obscene Publications Act, and the book was banned from the UK. The courts eventually reversed that ban — but not until 1960.

But as these things usually work out, banning the salacious novel only increased interest in it. People have been fascinated by Lady Chatterley and her exploits ever since. There have been numerous adaptations. Now, a new version is coming to  Netflix.

The Netflix adaptation of Lady Chatterley’s Lover will premiere on November 25 in the UK, and December 2 in the U.S. According to Movie Web, the cast includes well-known British actors.

Jack O’Connell plays the part of Oliver Mellors, the gamekeeper who gets involved with the Lady of the house. O’Connell has starred in TV and movies, including Unbroken, Skins, and Starred Up.

The part of Clifford Chatterley, the distant husband of Lady Chatterley, is played by Matthew Duckett. He’s recently appeared in the ITV miniseries A Confession and Doctors on BBC.

The director is French filmmaker Laure de Clermont-Tonnerre. He’s fairly new on the scene; his debut feature film, The Mustang, came out in 2019. But people are most excited to see who will play Lady Chatterley herself.

Lady Constance Chatterley is played by Emma Corrin, who identifies as nonbinary and uses they/them pronouns. Not only are they a part of this attention-getting new drama, but they were already having quite a moment.

Corrin has been a part of some other buzzy productions lately, including the drama My Policeman with Harry Styles, which …read more

Is ‘The Rookie’ New Tonight? Season 5 Returns With the Midseason Finale

‘Disenchanted’: Idina Menzel Finally Gets to Sing a Song in the ‘Enchanted’ Sequel

Many top Hollywood stars have long and storied histories with Disney, and fans eagerly awaited a sequel to Enchanted. The follow-up sees many original cast members — including Patrick Dempsey — reprise their roles. Among the returning cast members are Amy Adams, James Marsden, and Idina Menzel. For Menzel, the sequel Disenchanted is particularly sweet because she […]

Jenna Ortega | Netflix Here’s what we know about the plot of Netflix’s ‘Wednesday’ After being expelled from yet another “normie” school and nearly being charged with attempted mother, Wednesday’s parents, Morticia (Catherine Zeta-Jones) and Gomez (Luis Guzmán), enroll their daughter in their alma mater, Netflix’s new drama series Wednesday puts the spotlight on the […]